One woman works to turn her life around, feed the hungry 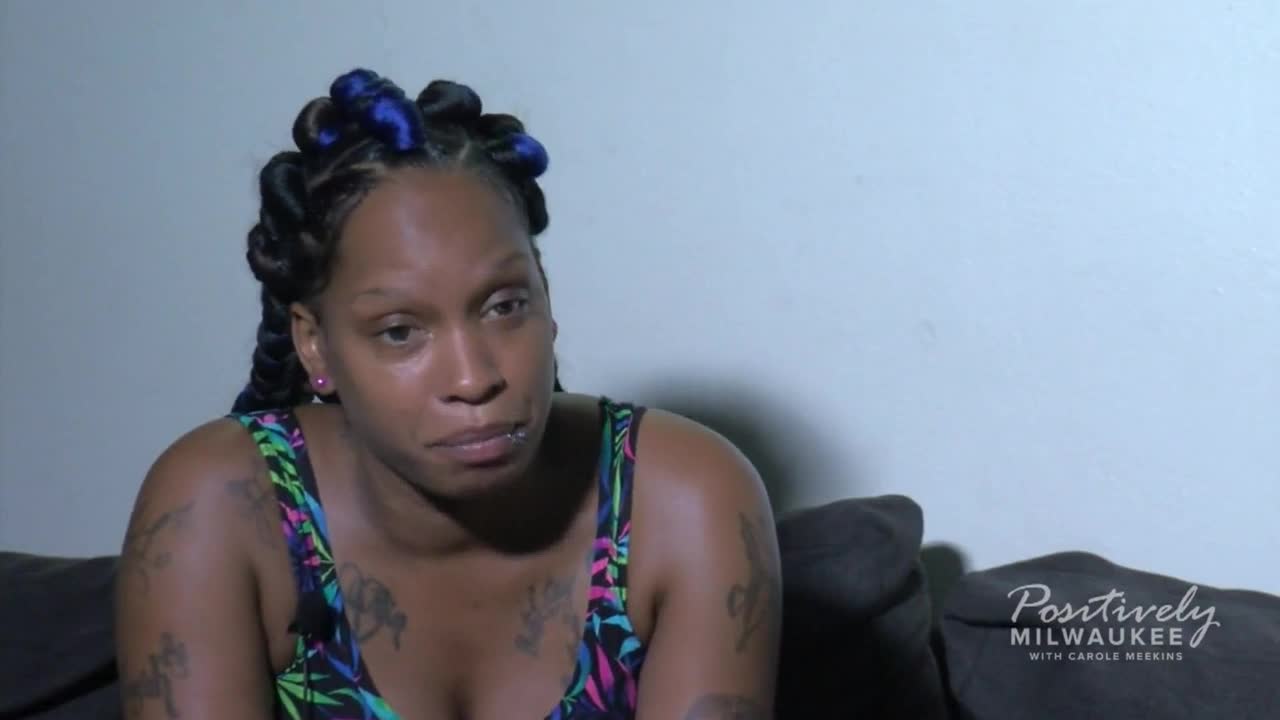 One woman has faced many challenges in her life, but now she is trying to turn things around for the sake of her kids and family.

MILWAUKEE — 31-year-old Whitley Willette is a doting mom of an adorable son and daughter. But as you look closer at Willette, you see evidence of past challenges. She is wearing an ankle monitor. Willette is under house arrest.

She admits to an anger problem. Willette was charged with battery. She says she was defending her two kids. But today she's working hard to control her temper for the sake of her 11-year-old daughter and 9-year-old son.

Willette says she's dealt with a lot including a learning disorder, an addicted mother, an abusive relationship, depression, and some bad breaks literally.

"I got in a bad car accident in 2016 where I broke 7 bones in my body and had to relearn how to walk all over again. My face had to heal. That was a struggle. It was coming out of an abusive relationship where I went through a lot of pain and depression," said Willette.

Willette left home at 15. She says when her mom was sober she was a good mom.

"I would be that child that would go and stay with her to help her get herself together to get herself clean. I' d have her stay in a shelter for a couple of days for her to get back on her feet," said Willette.

Luckily Willette has not faced a problem with drugs or alcohol herself.

"I have too many anger problems to be addicted to something. That's about as addicted as I am. I yell and scream a lot," she laughs.

She remembers growing up fast.

"I went back and forth living from one parent to the next parent. I struggle in life with a learning ability called dyslexia."

Dyslexia left Willette feeling insecure. I taught myself how to make it in my own capacity with my own learning disability."

But working at "Just One More Ministry has been a salvation. She's been working there for more than 4 years.

"It was a good thing. Just One More helped me through a lot. They made me come through my fears a lot there. Even talking to you now I used to be shy, so bashful."

"It's not about me. It's about all these people that come here and work with challenged backgrounds and do all the work. And they like to do the work,"

Willette says for her, the job is natural. She was known to help friends and relatives in need.

"I was doing my own community outreach inside my own house for years,"

"I'm a non-profit person. I don't cherish money, so if you come over here for money I don't know what to tell you. I don't run after dollars, I run after my life."

"I'm from a family of eight. I always wanted to be there to help my mother, to help my siblings. I know my own struggles so me coming out of my struggles makes me want to help more people come out of theirs."

"Just One More Ministry" collects food for the needy and employees like Whitley also go out into the community.

"It feels good to put a smile on their face, to help people who think they wouldn't have a person to help them."

Whitley is sad she cannot work while under house arrest. It's a drain on her family financially. But she insists she's learned a lesson and is motivated to do better. She's determined to succeed through resilience, self-awareness, and faith.