A second chance: Just One More Ministry offers a new start, food for the needy 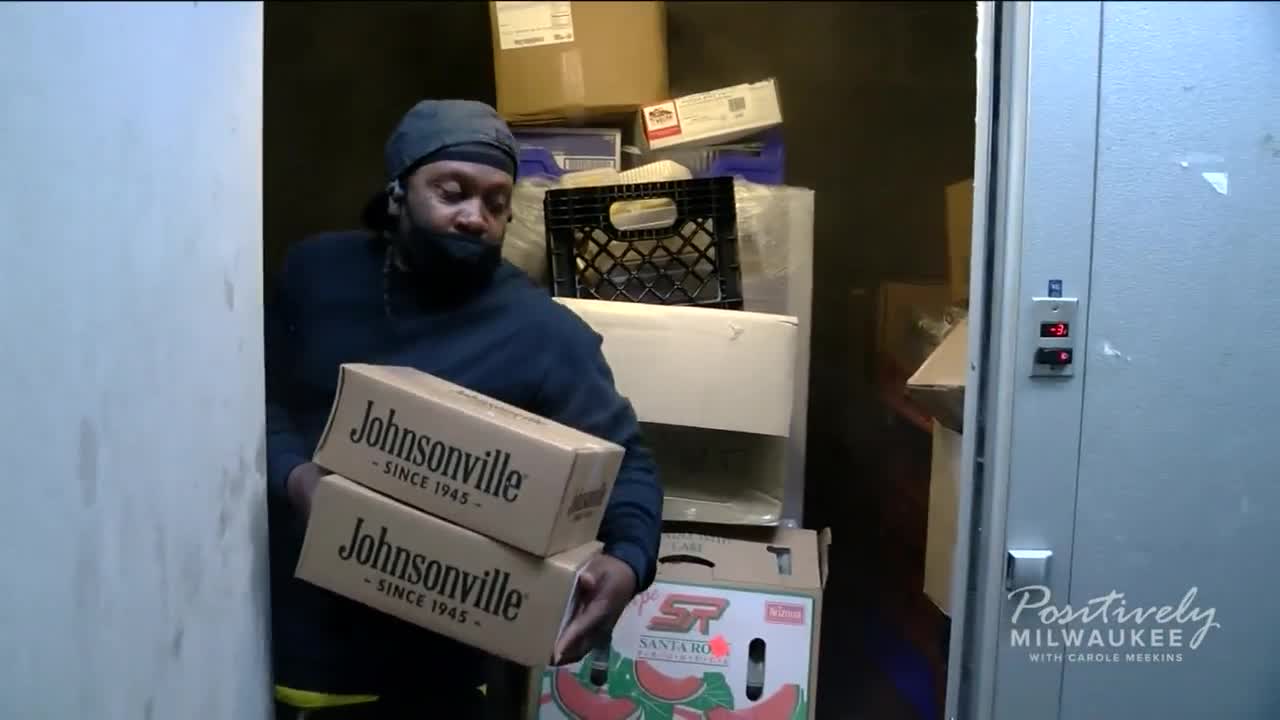 This Glendale warehouse is filled with more than food for the needy. Inside are stories of hope. Workers who've gotten another chance after major setbacks. People like Pierre Young.

GLENDALE — This Glendale warehouse is filled with more than food for the needy. Inside are stories of hope. Workers who've gotten another chance after major setbacks. People like Pierre Young.

"I was in prison because I was lost. I thought I had it all. I gave glory to myself."

"I lost control of myself because I was drinking. I was thinking it was ok to go to the bar on Saturday and get in front of the congregation on Sunday," said Young. "I started drinking when I was 10. I started doing drugs when I was about 12. That was all I knew."

But when he got out of prison, "Just One More Ministry" and Chris Capper were there for him.

Capper says, "We have to be understanding that people walk in different shoes than we walk. There's a reason they're acting or reacting the way they are and we should be teachers."

Young notes, "He stuck by me. Through me going to prison, I got out and needed food and I called him. He said come get it. The next thing you know I'm working again. We have a very dynamic relationship. It's God-based."

Today Pierre Young is sober and deeply remorseful for those he hurt.

"The pain I put my mother through, my children, my exes, society as a whole..me being a man and behaving like that," said Young. "I can't even believe it now that I actually thought the way I thought and did the things I did. "

Pierre is not alone, Vince Reynolds also found peace working at "Just One More Ministry." Though he's never served time he got involved with gangs as a young boy.

He was attracted by the power and the things they owned. Reynolds notes, "If you wasn't part of a gang you were a target and I chose not to be a target. By the grace of God, I'm still here, because a lot are not."

He recalls a life-changing moment when he encountered a feared gang member coming to get food at "Just One More Ministry."

"I come around the corner and I'll never forget. A guy from the neighborhood has all these tattoos and I was handing out bags and he said thank you. Even though this guy is feared, for him to say thank you that touched me, If we had been on the street walking past each other we probably would have been looking at each other with a mug or an awareness that something might happen. It made me know that no matter what we go through it's not because we're bad. We're angry because of what we go through," said Reynolds.

"Just One More Ministry" reclaims food and distributes it to more than 75 pantries, churches, and organizations that serve the poor. But by rescuing food it also saves souls. And gives many employees a new direction through faith, love, and support.

Young admits, "It's a whole new world for me. I like watching birds now, looking at deer in my back yard, God is good."

Reynolds shares, "I was on the other side, I feel like I've been accomplishing something other than bad."