Pope Francis silent on Archbishop's call for him to resign 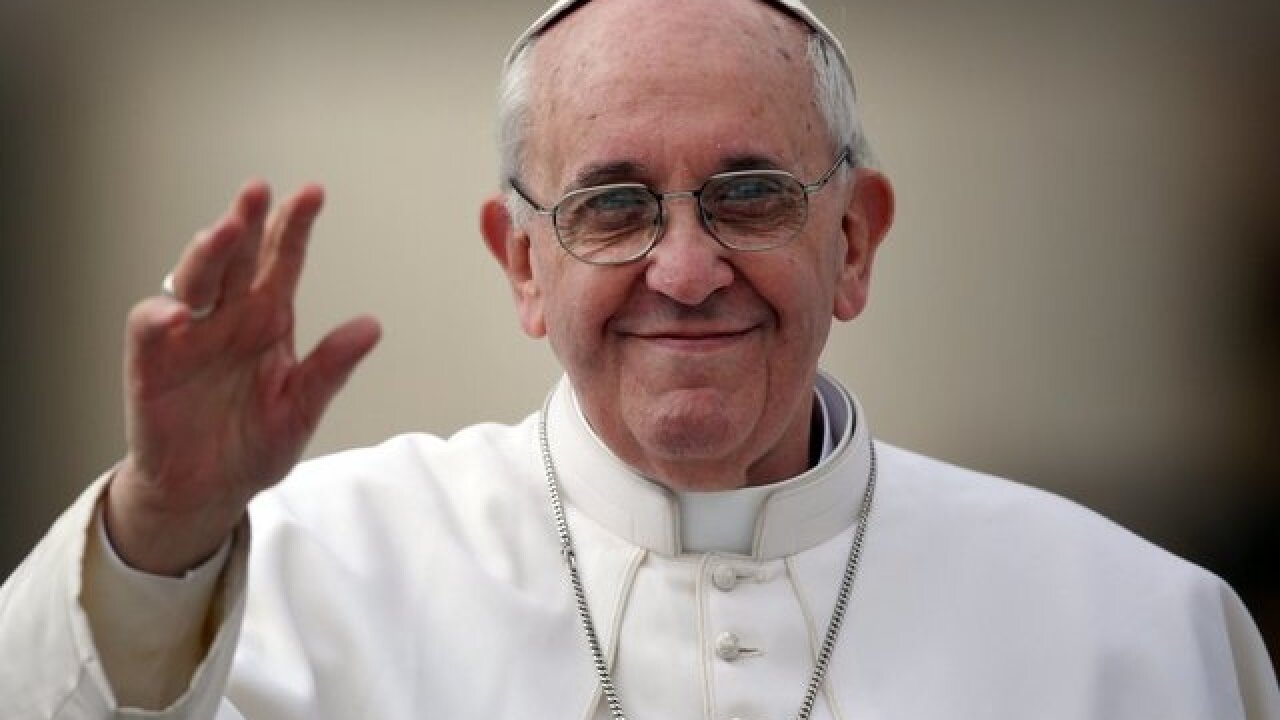 (CNN) -- Pope Francis says he "will not say a single word" on a former archbishop's call for him to resign over his handling of sexual abuse allegations against a prominent cardinal in 2013.

In a statement seen by CNN on Sunday, former Archbishop and Vatican ambassador to the US Carlo Maria Vigano said he told the Pope about allegations of sexual abuse against high-profile American Cardinal Theodore McCarrick five years ago, but that the Pontiff did nothing about it.

McCarrick, 88, who once led the Archdiocese of Washington and was a force in American politics, resigned last month after a decades-old allegation of sexual abuse of a teenage altar boy. The Pope also ordered McCarrick's suspension from public ministry.

Vigano called for the Pontiff to resign over his failure to act. "Pope Francis must be the first to set a good example to Cardinals and Bishops who covered up McCarrick's abuses and resign along with all of them," Vigano said in a lengthy statement dated August 22.

Speaking to the press Sunday on his flight back to Italy from Ireland, Pope Francis said, "I will not say a single word on this," although he added that after some time passes, "I may speak."

"He [Pope Francis] knew from at least June 23, 2013, that McCarrick was a serial predator," Vigano said in his statement, adding, "although he knew that he was a corrupt man, he covered him to the bitter end."

"It was only when he was forced by the report of the abuse of a minor, again on the basis of media attention, that he took action [regarding McCarrick] to save his image in the media," Vigano continued.

"Cardinal Wuerl, well aware of the continuous abuses committed by Cardinal McCarrick and the sanctions imposed on him by Pope Benedict, transgressing the Pope's order also allowed him to reside at a seminary in Washington D.C.," said Vigano.

"In doing so, he put other seminarians at risk," he added.

Wuerl rejected Vigano's allegation in a statement published by the Catholic News Agency on Sunday.

Edward McFadden, spokesperson for archdiocese of Washington, disputed the notion that Wuerl ignored allegations about McCarrick.

"In spite of what Archbishop Vigano's memo claims, Cardinal Wuerl did not receive any documentation or information during his time in Washington regarding any actions taken against Archbishop McCarrick," he said.

But the bishop of the Diocese of Tyler, Texas, told his parishioners he thinks the allegations are "credible."

"Let us be clear that they are still allegations, but as your shepherd, I find them to be credible," the Most Reverend Joseph E. Strickland wrote in a letter to members of the diocese.

Strickland's letter did not say why he believes the allegations are credible. CNN has reached out to his office for explanation.

The Archdiocese of Newark, New Jersey, and Cardinal Joseph W. Tobin issued a joint statement expressing "shock, sadness and consternation at the wide-ranging array of allegations published" published by Vigano.

The statement said the allegations can't be "understood as contributing to the healing of survivors of sexual abuse."

"Together with Pope Francis, we are confident that scrutiny of the claims of the former nuncio will help to establish the truth," the statement said.

Vigano's statement comes at a delicate time for Pope Francis, who has been on a visit to Ireland where he has been grappling with the fallout of a Pennsylvania grand jury report into clerical sexual abuse spanning decades, while also meeting with survivors of Ireland's own sex abuse scandal.

Vigano has been a high Vatican official and lifelong diplomat. He's served in the Vatican Secretariat of State overseeing offices of nuncios, or papal ambassadors.

He has a reputation as a conservative. In his 11-page statement, he spoke at length about supposed "homosexual networks" in the Vatican

During his time the former US nuncio, Vigano aroused ire for setting up a secret meeting in Washington in 2015 between the Pope and Kim Davis, the Kentucky clerk who became a conservative Christian heroine for refusing to sign same-sex marriage certificates.

Even before the Davis affair, American gay rights groups complained about the nuncio.

The Human Rights Campaign wrote a letter to the Pope in 2015, urging him to rein in his nuncio and prevent Vigano from speaking at a rally against same-sex marriage in front of the Supreme Court.

CNN's senior Vatican analyst John Allen reported that he's "arguably undercut his credibility by not dealing with his own record on the abuse issue."

"According to a 2014 memo, first made public in 2016, Viganò as nuncio quashed an investigation -- going as far as demanding that evidence be destroyed -- into then-Archbishop John Nienstedt of St. Paul and Minneapolis, who was being investigated for misconduct with seminarians as well as cover-up of sexual abuse. In 2015, Nienstedt stepped down as head of the archdiocese," Allen reported in Crux.

"By not at least trying to explain his actions in the Nienstedt case, Vigano left open some serious question marks."

The Pennsylvania report found that more than 1,000 minors had been sexually abused by more than 300 Catholic priests over seven decades.

In an unusually blunt letter released by the Vatican last week, the Pope directly referred to the Pennsylvania report and acknowledged the Catholic Church's failure to act, adding "we showed no care for the little ones; we abandoned them."

On Saturday, the Pope again spoke in Dublin of his shame over the "appalling crimes" of historic child abuse in the Catholic Church and said outrage was justified, although he did not mention the Pennsylvania scandal specifically.

Meanwhile, Irish Prime Minister Leo Varadkar, who spoke ahead of the Pope on Saturday, did not skirt the current abuse revelations that have emerged in Pennsylvania.

"In recent weeks, we have all listened to heartbreaking stories from Pennsylvania of brutal crimes perpetrated by people within the Catholic Church, and then obscured to protect the institution at the expense of innocent victims," he said. "It is a story all too tragically familiar here in Ireland."

Pope Francis concluded his 32-hour visit to Ireland with a Sunday Mass at Phoenix Park in Dublin, with hundreds of thousands of people braving wet and windy weather to attend. Thousands more gathered in the city center for protests against clerical sexual abuse.

"We ask forgiveness for the abuses in Ireland," said Pope Francis at the Mass, listing a litany of abuses including clerical sex crimes, a lack of compassion and action by church leaders and the separation of single mothers and children.

"We ask forgiveness for all the times that we, as the church, did not provide survivors of any kind of abuse compassion, to look for justice, and the truth, and concrete actions, so we ask forgiveness," Pope Francis said at the Mass.