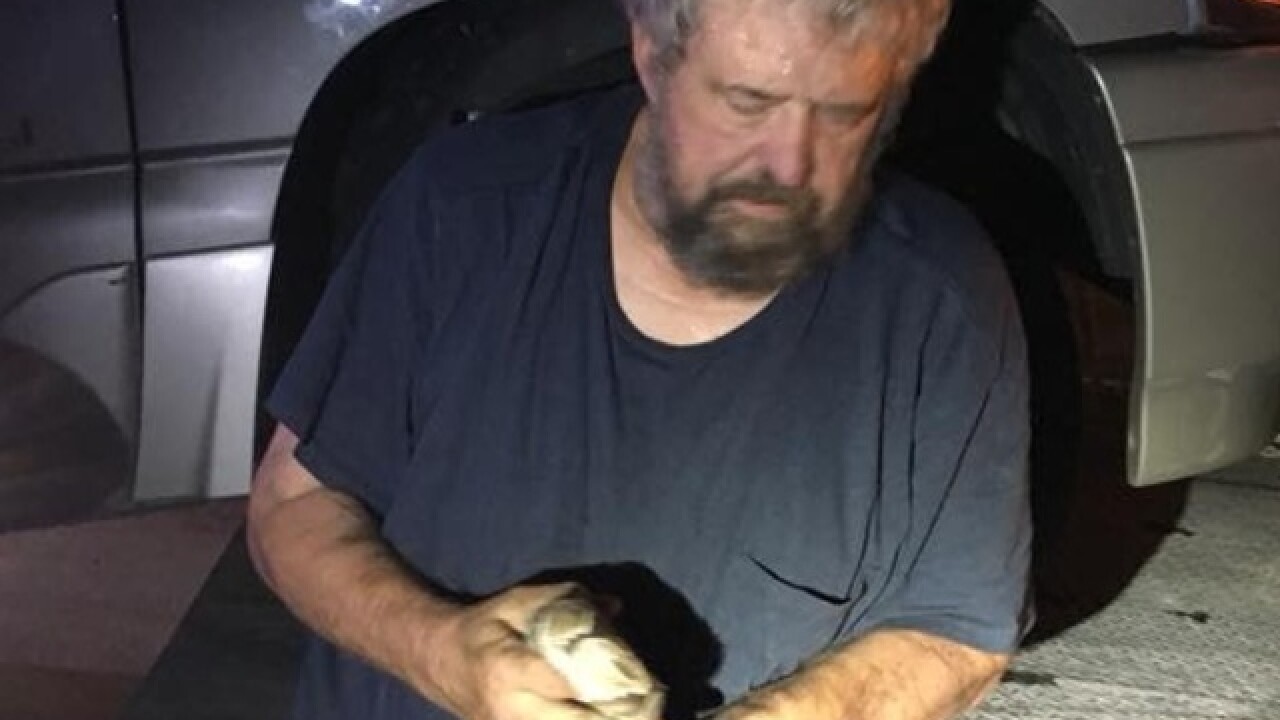 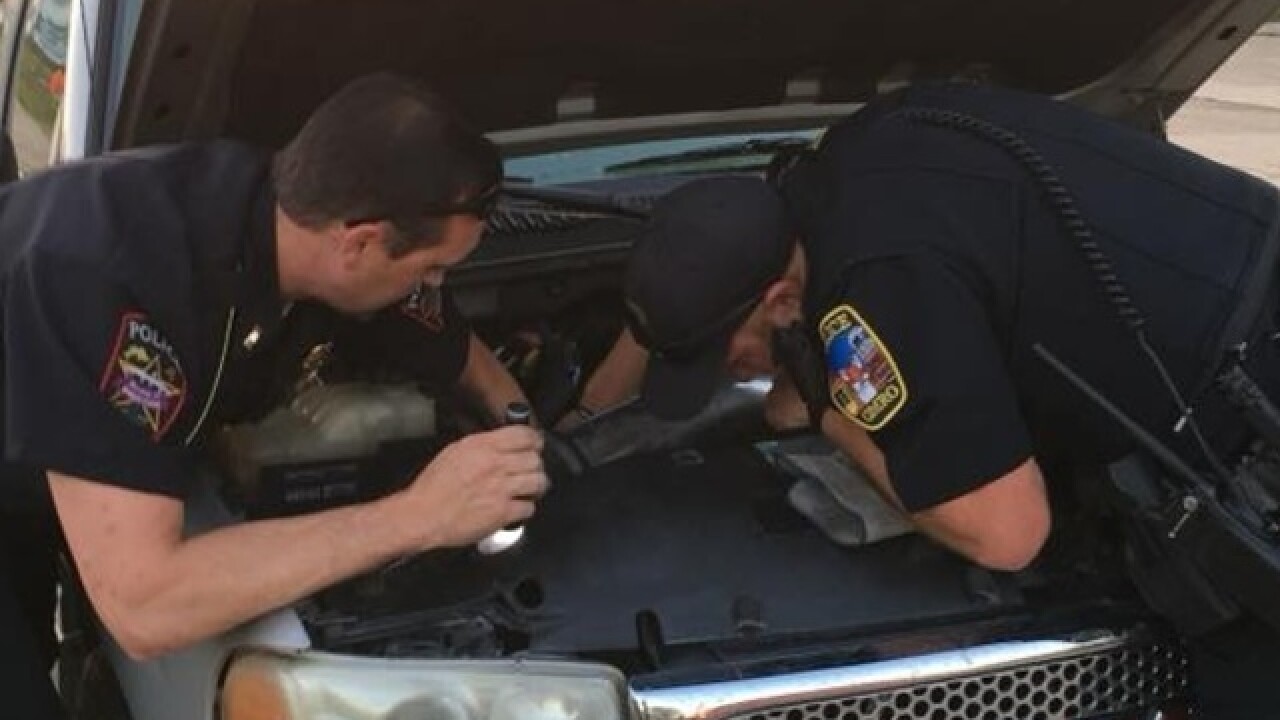 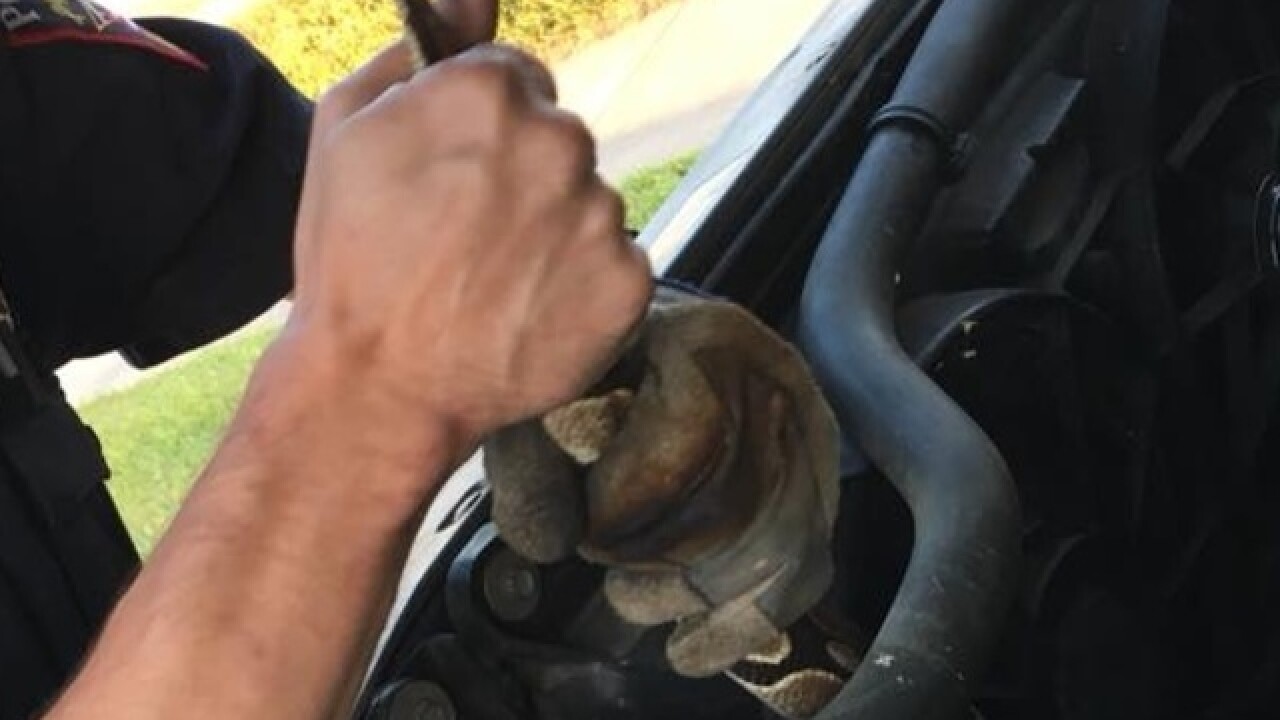 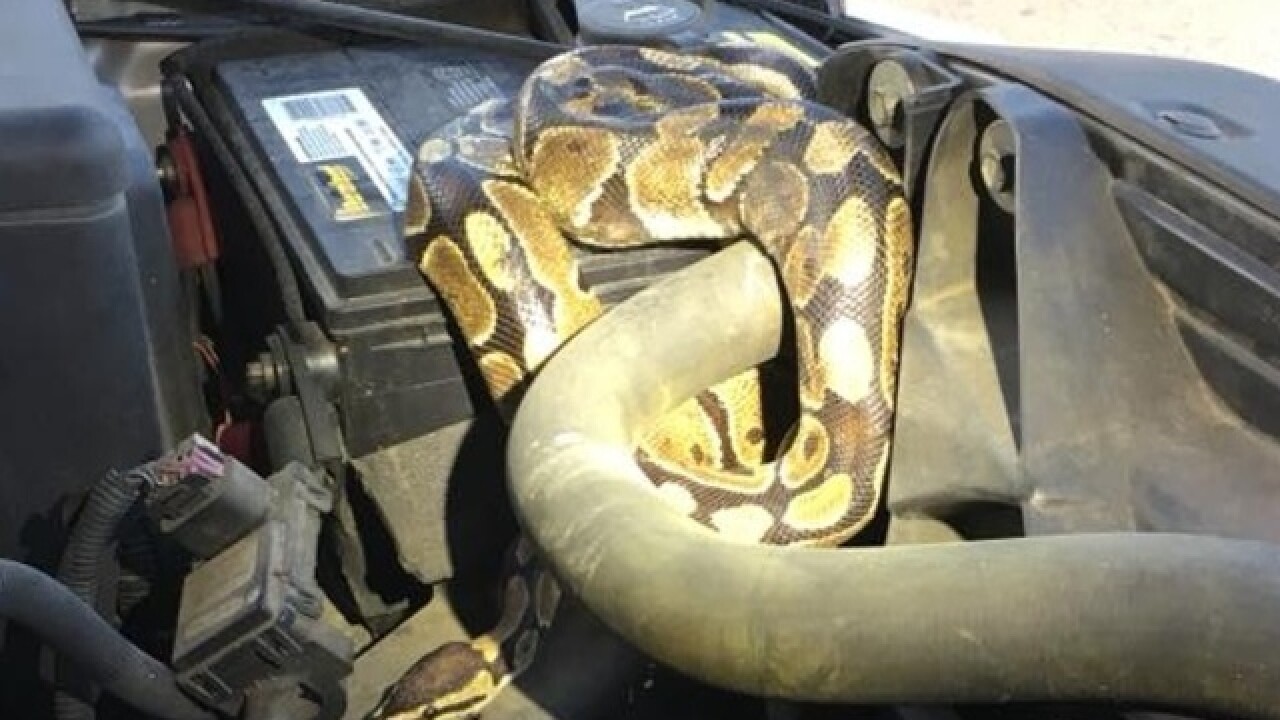 The Omro Police Department had a very unique experience Wednesday evening when they discovered a snake under an SUV's hood.

Officers say while on duty just before 7:00 p.m. they were called to help a driver. The driver told police she pulled over because her SUV was running strangely. Police say when they opened the hood; they were stunned to find a large snake in the engine compartment.

According to officers, the snake has been identified as a Ball Python.

In a Facebook post, photos show Officer Peeters from Omro and Lt. Sauriol from Winneconne attempting to get the snake out. They say Lt. Sauriol had a good grasp on it, but the snake was incredibly strong.

Officers say Winnebago County Dispatch was able to reach someone in Menasha who specializes in snakes and that person was able to free it.