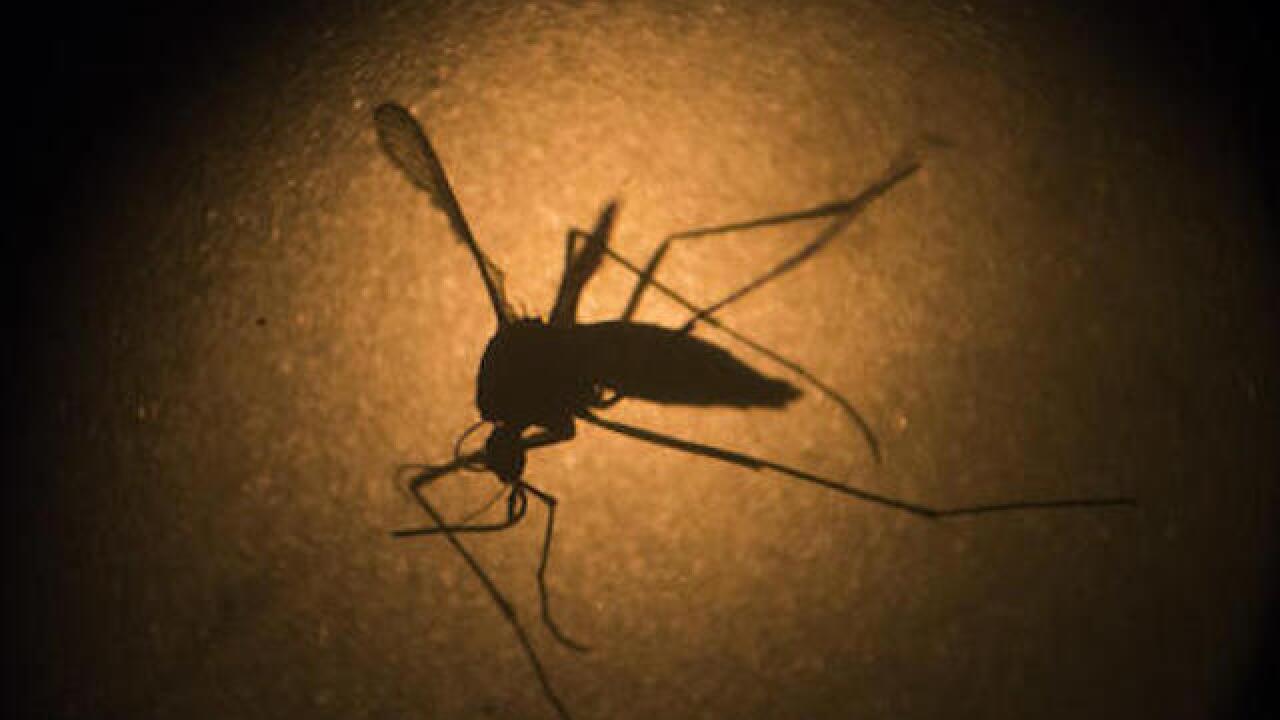 Copyright Associated Press
Felipe Dana
<p>In this Jan. 27, 2016, file photo, an Aedes aegypti mosquito is photographed through a microscope at the Fiocruz institute in Recife, Pernambuco state, Brazil. The World Health Organization’s chief said, Friday, June 3, 2016, she has convened an expert committee to consider whether the Rio De Janeiro Olympics should proceed as planned, given recent concerns raised about the threat of the Zika virus. (AP Photo/Felipe Dana)</p>

HOUSTON (AP) — The poorest parts of Houston remind Dr. Peter Hotez of some of the neighborhoods in Latin America hardest hit by Zika.
Broken window screens. Limited air conditioning. Trash piles that seem to re-appear even after they're cleaned up.
On a hot, humid day this month, Hotez pointed at one pile that included old tires and a smashed-in television with water pooling inside. It was a textbook habitat for the mosquitoes that carry and transmit the Zika virus, and one example of the challenge facing public health officials.
"I'm showing you Zika heaven," said Hotez, the tropical medicine dean at Baylor College of Medicine.
Hotez and other tropical disease specialists are most concerned about impoverished urban areas along the Gulf Coast, where the numbers of the mosquito that spreads Zika are expected to spike. Texas already has dealt with dengue fever, transmitted by the same mosquito.
Zika causes only a mild and brief illness, at worst, in most people. But it can cause fetal death and severe brain defects in the children of women infected during pregnancy.
So far, Texas officials have reported 48 people infected with Zika, all associated with travel. In one case, the virus was sexually transmitted by someone who had been infected abroad.
Public health officials have spent months preparing for what they are certain will be at least some locally transmitted cases. "It's not a matter of if, it's a matter of when," said Dr. Umair Shah, the executive director of the Harris County public health department.
Florida and other states in the South where the Aedes aegypti mosquito is present also are taking steps to prepare. In Florida, for example, Gov. Rick Scott used his emergency powers last week to authorize spending up to $26.2 million for Zika.
His action comes as Congress remains stalemated on President Barack Obama's $1.9 billion proposal to fight the virus. A scaled-back $1.1 billion Republican-drafted measure was blocked in the Senate on Tuesday by Democrats opposed to its denial of new funding for Planned Parenthood clinics in Puerto Rico, where there already are more than 1,800 locally acquired cases, and to easing rules on pesticide spraying.
In Texas, major cities have sophisticated mosquito screening programs and years of dealing with other mosquito-borne illnesses like dengue and West Nile virus. But local authorities in most of the state have limited or no mosquito surveillance. The mosquitoes they do capture are typically sent to outside labs, and getting results can take weeks.
The smallest counties often have a single person driving around conducting surveillance — "Chuck in a truck," Hotez calls it.
The state health department has spent more than $400,000 since the start of the year to expand its lab capacity and to buy mosquito traps. It also launched a $2 million Zika awareness campaign.
Shah said there are cuts that can be made, "but there comes a point where you stretch people too much."
In Harris County, which encompasses Houston and is the third-most populous county in the U.S., officials aren't waiting for the federal government. They purchased their own testing machines and have retrofitted two labs to run tests only for Zika to get results faster.
Mosquito traps are set out on lawns and inside sewers in more than 250 designated areas. Thus far, no mosquitoes have tested positive for Zika.
If one does, the county will send out three-person investigative teams and use staff from other agencies and volunteers to clear any containers with water and other possible mosquito breeding grounds.
Other counties don't have the same capacity.
Hidalgo County, which covers McAllen and poor areas along the border with Mexico, is using 12 traps to collect mosquitoes for testing, county health director Eduardo Olivarez said. Officials also are trying to get residents to clean up trash and install window and door screens.
He is stymied by the problem of old tires collecting across the county, apparently on their way to and from Mexico.
The county has several "colonias," settlements with recent immigrants that often lack running water or basic infrastructure. Still, Olivarez says he's not expecting large Zika outbreaks because even the poorest parts of his county are less congested and have more air conditioning.
"Do we have poor areas? Can we look at improving our areas? Definitely," Olivarez said. "But I get people who get dengue and West Nile, and they live in air-conditioned homes."
Against the backdrop of the preparations are memories of what happened two years ago, when Texas was caught unprepared when a Liberian man arrived in Dallas carrying the Ebola virus. It wasn't until two weeks later that Texas announced a state task force of Ebola experts and agency leaders, and designated a hospital to treat more patients.
This time, a 31-member Zika task force is already in place. The state says it's better prepared to coordinate with doctors, county health officials and the Centers for Disease Control and Prevention.
"Ebola was totally unexpected," said Carrie Williams, spokeswoman for the Texas Department of State Health Services. "No state thought it would be first and we didn't have the benefit of prior warning or having an established plan with time to practice.
"With Zika, we have been actively working on delaying or preventing it before it's really here," she said.
Copyright 2016 The Associated Press. All rights reserved. This material may not be published, broadcast, rewritten or redistributed.