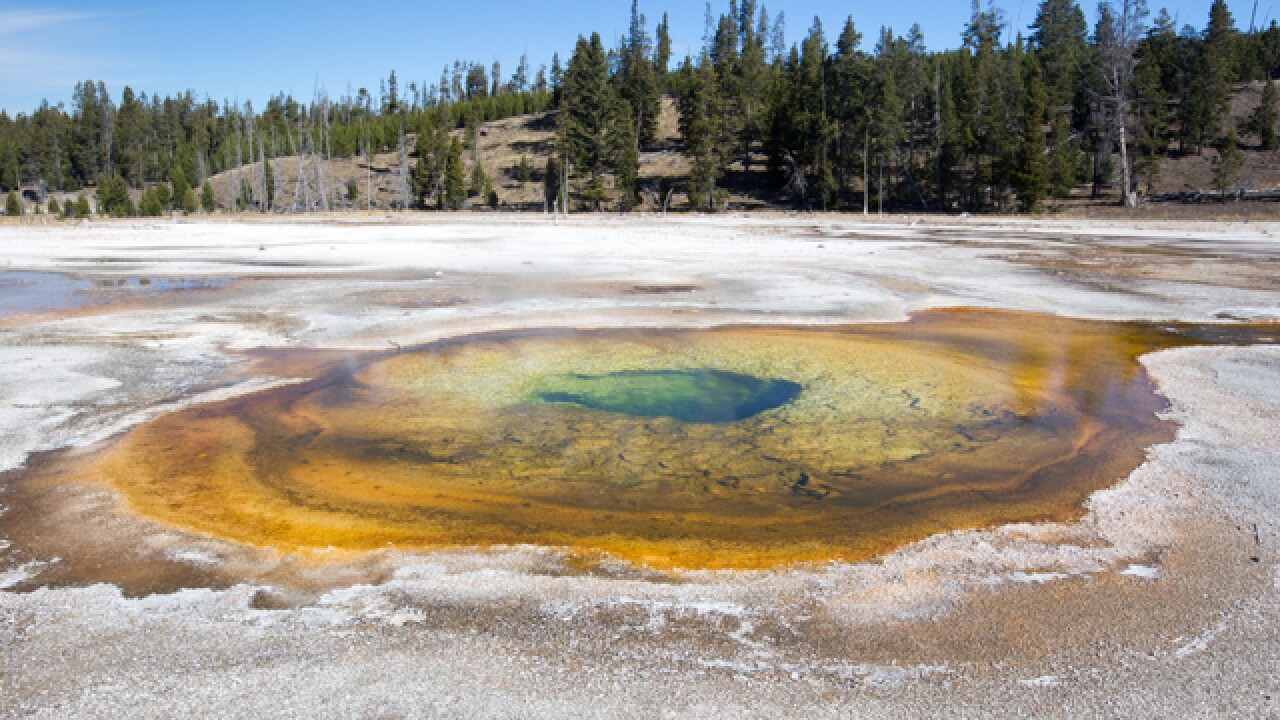 YELLOWSTONE NATIONAL PARK, Wyo. (AP) — Yellowstone National Park officials say they're investigating after a photo was posted online showing one of the park's geothermal features from a drone, which is illegal.

The Jackson Hole News & Guide reported the photo of Grand Prismatic Spring was posted on Instagram and then deleted after criticism from other users.

Drones are banned in Yellowstone and many other parks.

The National Park Service says drones can harass wildlife and the noise is a nuisance to visitors.

Violation of the ban is a misdemeanor with a penalty of up to six months in jail and a $5,000 fine.

A Dutch tourist crashed a drone into Grand Prismatic Spring in 2014 and was fined more than $3,000.