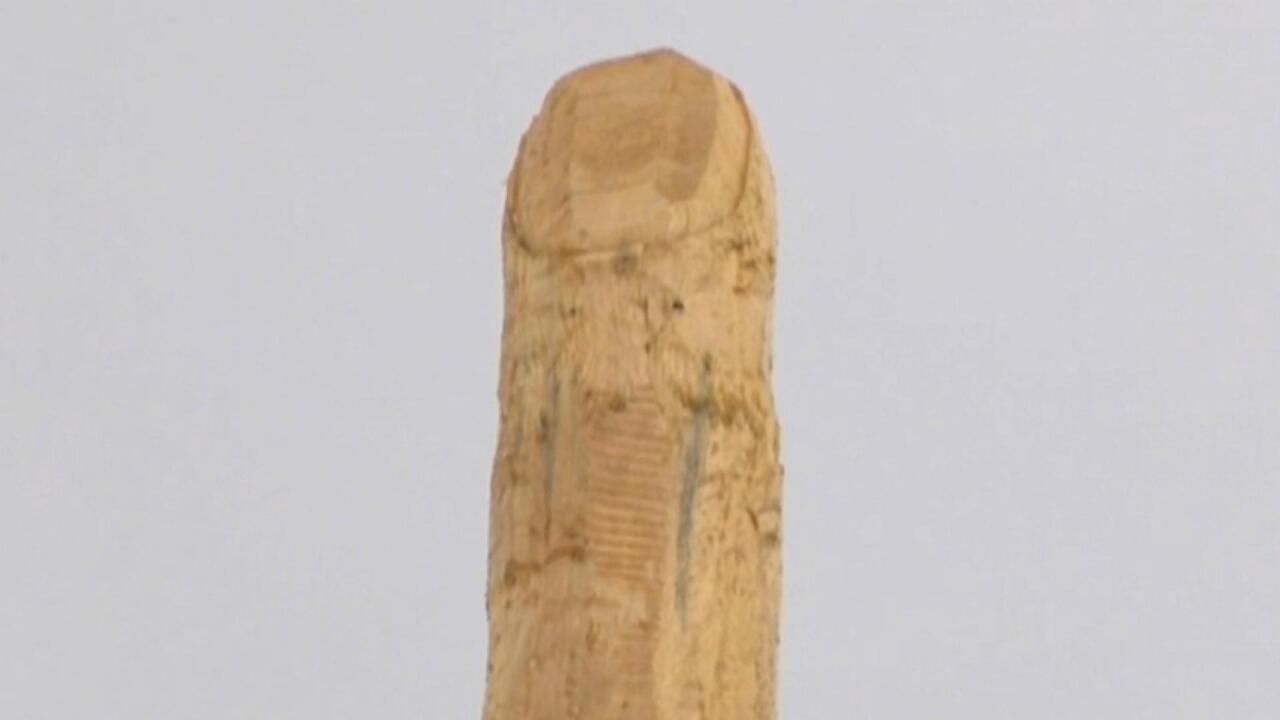 (WPTZ) Driving down Route 128 in Westford, Vermont you can't miss the statue that's pointing right at you.

A giant, wooden middle finger is at the tail end of Ted Pelkey's yard. He said the $4,000 he spent on it is worth every penny.

"I'm fed up and it was time to do something," he says.

He said he's been trying to acquire a building permit for his home property in Westford, with the hopes of relocating the business there.

The town has not issued one, and in minutes from a development review board meeting last fall, a review of the application for a building permit appeal found it did not meet regulations.

A town representative declined an on-camera interview, but noted the statue is considered public art.

Pelkey alleges that the review board is biased against him, and says he has no plans to bring down the finger in the near future.

"The strain (with local officials) has been there for 10 years," he said. "They don't like us."

He said the application will be reviewed by a judge in early 2019.