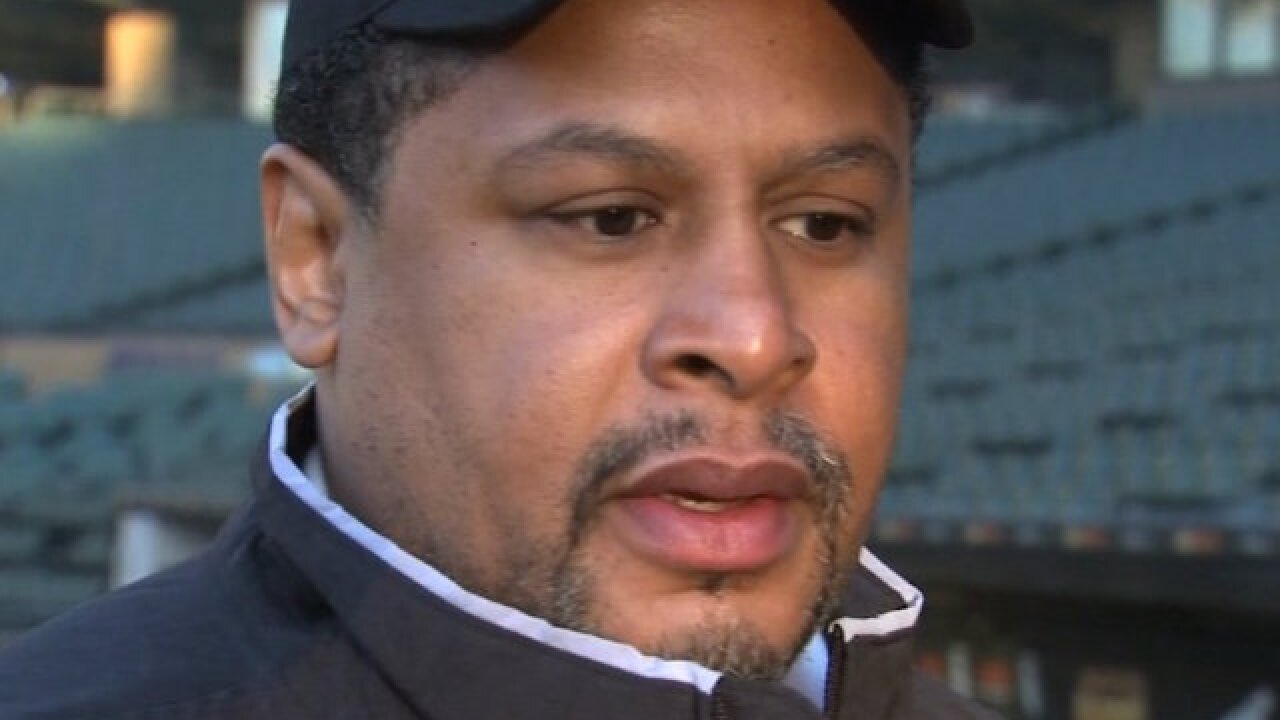 © 2018 Cable News Network, Inc.
WGN
<p>Nevest Coleman talks to reporters on Monday during his first day back as a groundskeeper for the Chicago White Sox</p>

After spending 23 years in prison for a crime he did not commit, Nevest Coleman is back at work with the Chicago White Sox.

Coleman, then a 25-year-old groundskeeper with the White Sox, was convicted of the 1994 rape and murder of a Chicago woman and sentenced to life in prison without parole.

He was freed last year after DNA found on the victim was linked to a serial rapist.

Friends and family contacted the White Sox after his release to help him get his old job back, CNN affiliate WGN reported.

The team said it was grateful that "justice has been carried out for Nevest" and said they were happy to welcome him back to the team as one of its groundskeepers.

Coleman told WGN that he watched Sox games while he was in prison and would see his former colleagues scramble to protect the field during rain delays.

Two of his friends who are still on the grounds crew were there to greet him with big hugs on Monday morning when he arrived for his first day back on the job.

He was issued a new uniform and hat. He then put on a big yellow rain suit to pressure wash the sidewalk and got to work.

A lot has changed while Coleman was away. The stadium has had extensive renovations and is now known as Guaranteed Rate Field instead of Comiskey Park.

One thing, however, has remained constant for Coleman.

"I was in a situation where I felt comfortable here and everybody here was family to me," he told WGN.