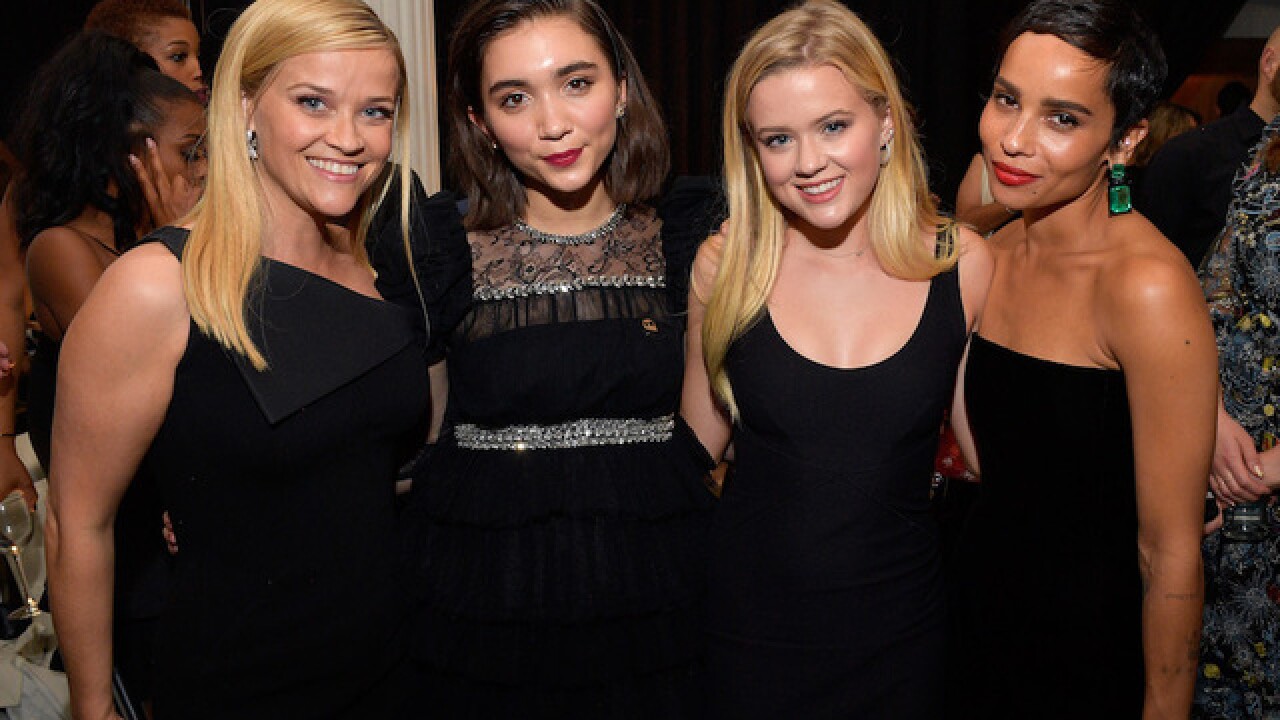 The Golden Globes delivered a powerful, concerted message about and from women, addressing sexual harassment and gender inequity. Yet they also highlighted the at-times awkward challenge of tackling such sobering issues within an award-show format.

NBC's red-carpet hosts insisted even before the show began that the Globes still possessed a celebratory feel, despite the sexual-harassment shadow that hung over an event where accused predator Harvey Weinstein once held sway. Yet strictly as a TV show, the telecast struggled to find the proper balance, delivering an anthem-like statement from its female winners while experiencing lapses in pacing, entertainment and the lighter moments that tend to punctuate such affairs.

Seth Meyers, who hosted the ceremony, certainly set just the right tone in his opening monologue -- one that spent far more time on the harassment issue than national politics, although President Trump, naturally, didn't come away unscathed.

Still, the host occupied a minimal role thereafter, while the many passionate speeches -- highlighted by Oprah Winfrey's stirring, emotional showstopper -- actually disrupted the logistical flow of the show. That's because recipients were allowed to go on in the early going, which would be fine, if the producers didn't subsequently race through the presentation to avoid running past the allotted time.

The Globes have a reputation as a loose, unpredictable affair, but the winners and speeches dovetailed so neatly with the evening's unofficial theme as to have felt virtually scripted.

Winfrey gave the night its emotional anchor, accepting her career-achievement award with a speech that wove together Hollywood's power as a storyteller and symbol with the need to address the current political and social moment. Although she never said "Trump," there was little doubt who she was referencing when she said, "We all know that the press is under siege these days."

Winfrey crystallized and articulated a thread about female empowerment that stretched throughout the night. That included a pair of wins for Hulu's "The Handmaid's Tale," about a dystopian reality where women are turned into unwilling surrogates; Nicole Kidman as an abused spouse in "Big Little Lies;" and Rachel Brosnahan in Amazon's new series "The Marvelous Mrs. Maisel," about a 1950s housewife braving the male-dominated world of standup comedy.

Throughout, women's speeches were the stars of the show, defined by their clarity in pressing for tangible change -- not merely in Hollywood, but across society.

Meyers deftly threaded a similar needle with his opening remarks, a presentation that captured the gravity of the moment while still deriving laughs from it -- no small feat, as the rest of the night made clear.

Notably, the NBC late-night star went heavy on sexual harassment and light on politics, with perhaps his most memorable line about President Trump being that the "Hollywood Foreign Press" in the presenting association's name is a string of words uniquely designed to raise his ire.

Meyers also made an important point -- in what felt like a more serious aside -- by directly addressing the frequent charge of Hollywood elitism, noting that the vast majority of people who work on movies and TV sets aren't the high-paid stars and producers.

Meyers did a far better job of juggling the push-pull of Hollywood back-patting and issues of social justice than his NBC colleagues emceeing the pre-show, who looked determined to keep the banter as frothy as possible while still acknowledging the elephant on the red carpet.

"A lot of love on the red carpet," said Carson Daly, who took on a more prominent role during those interviews in part because Matt Lauer is no longer with the network, another casualty of the "Me Too" wave.

While there was welcome substance in the acceptance speeches that gave depth and meaning to this Golden Globes as a cultural event, that part of the show existed uneasily with the "thank yous" to agents and managers. The result was a telecast with a lot to like but which was, ultimately, hard to love.