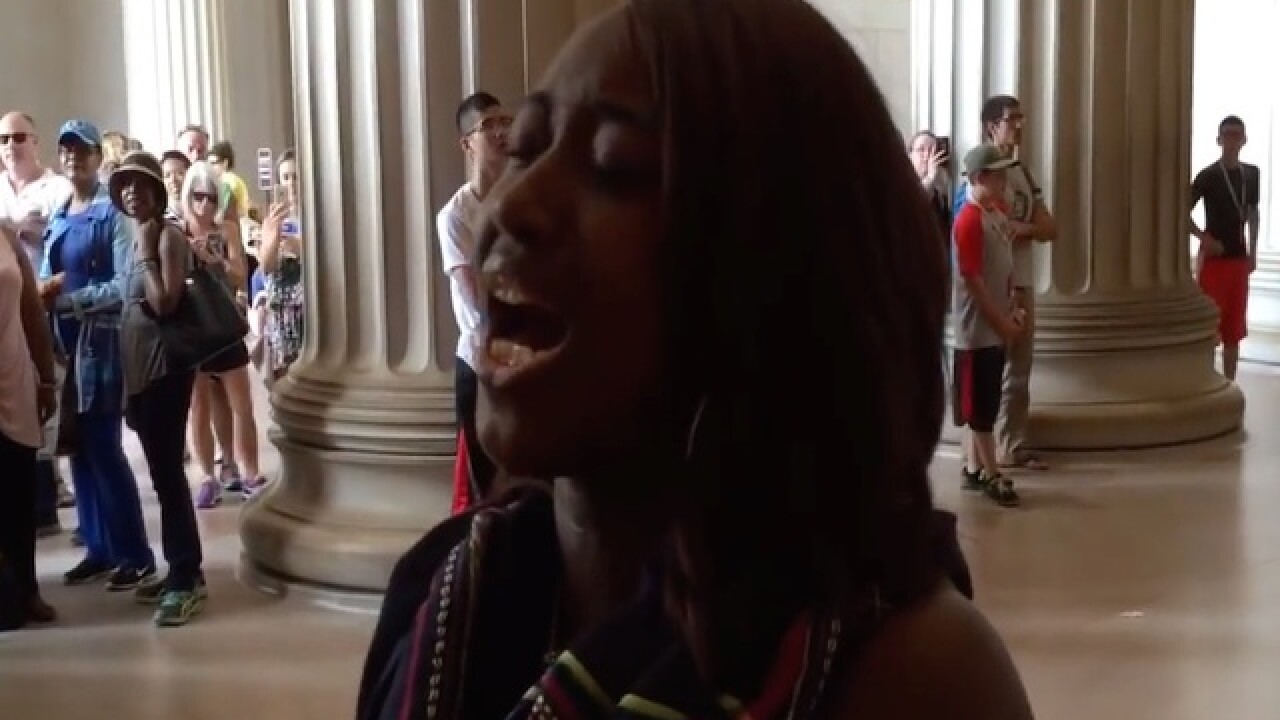 It was a dare that launched a social media sensation.

It all started when Star Swain of Tallahassee, FL was on a family trip to Washington D.C. and visited the Lincoln Memorial. Swain, 34, who loves music and sings in her local church commented on the incredible acoustics in the landmark.

“I said, ‘I could break out and start singing the Star Spangled Banner,’“ Swain recalled Monday to the Tallahassee Democrat.

A friend started shooting video and dared her to sing.

To say she was hesitant is an understatement.

A few seconds (and a few deep breaths later) she began to sing. Crowds of chatty, busy tourists couldn't help but stop and listen.

Watch and see what happens in the YouTube video posted.

Since its June 16 posting on YouTube, the video has taken Swain from a local singer to a national social media star. She has made multiple appearances on television shows for interviews and live performances.

The response overwhelmed Swain, who took to Facebook to express her gratitude:

Swain even released a new video on YouTube, thanking everyone for the support and social media love shared from her impromptu performance.

As the social media tidal wave continues, the assistant principal continues to count her blessings and think about what the future may hold.

“I’m in complete shock right now,” she told the Tallahassee Democrat. “We pray that great opportunities touch more lives in this way through music."