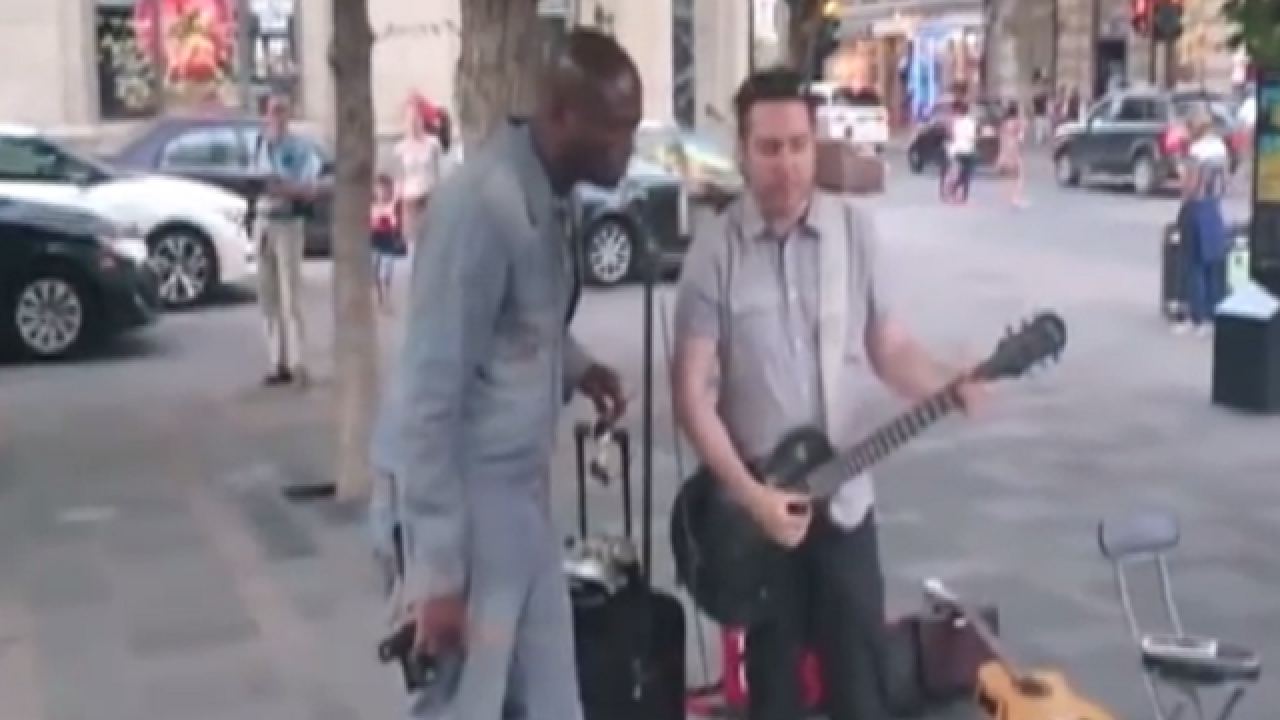 Earlier this month, a Montreal-based street performer was just about to close up his guitar case and head home when a fan approached.
The musician, Jason Deeh Pitre, had seen the man watching him from a nearby bench as he played, but only when the man started talking did he realize the man was Seal. According to Pitre’s blog , the British singer complimented his performance and then asked if he could sing with him.
Pitre said he suggested a Seal song, but “Kiss From A Rose” singer suggested “Stand By Me,” the 1961 Ben E. King classic.
One of the people watching from the crowd captured the impromptu performance on video.
TMJ4