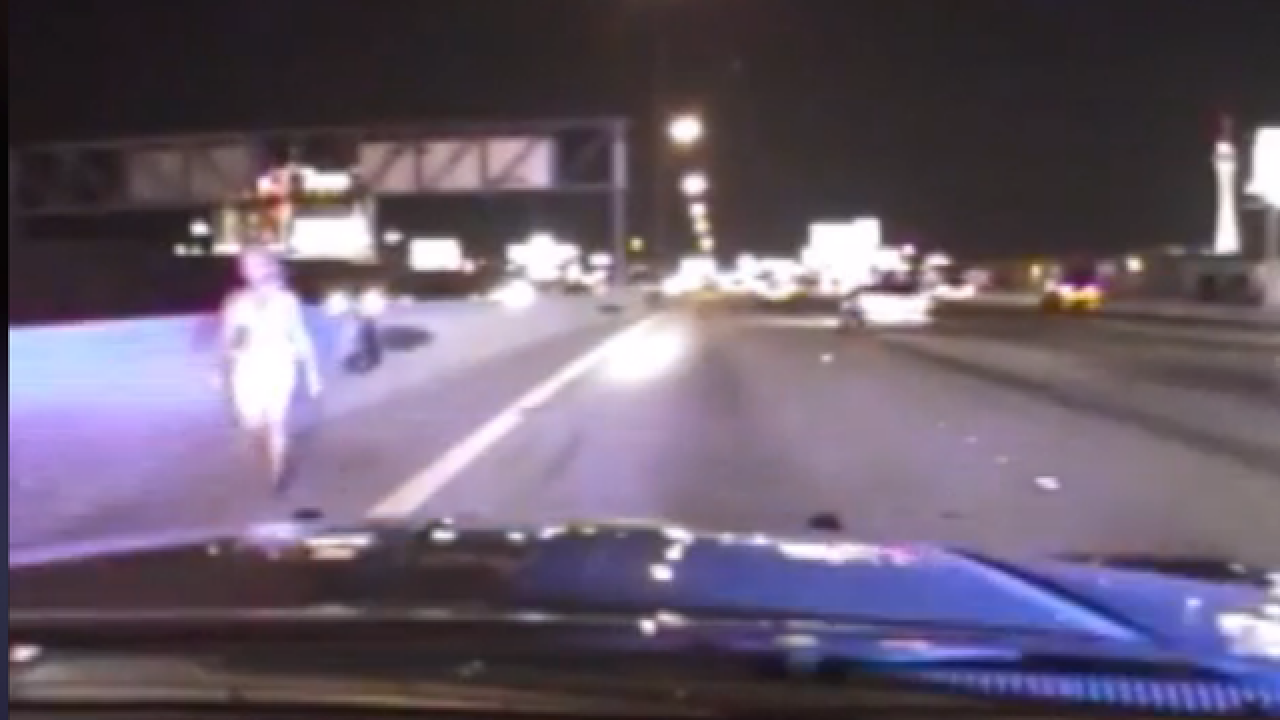 A Nevada state trooper was captured on dashcam video chasing a bikini-clad woman down a Las Vegas highway recently.

According to NBC affiliate KSNV , Trooper Dave Becker discovered the disoriented woman walking down the median.

After asking her a couple of questions, the woman ran away from the trooper down the left lane of the highway.

The trooper was able to pull the woman out of oncoming traffic before she was hit by an oncoming car.

The woman was sent to a local hospital for evaluation and later released.