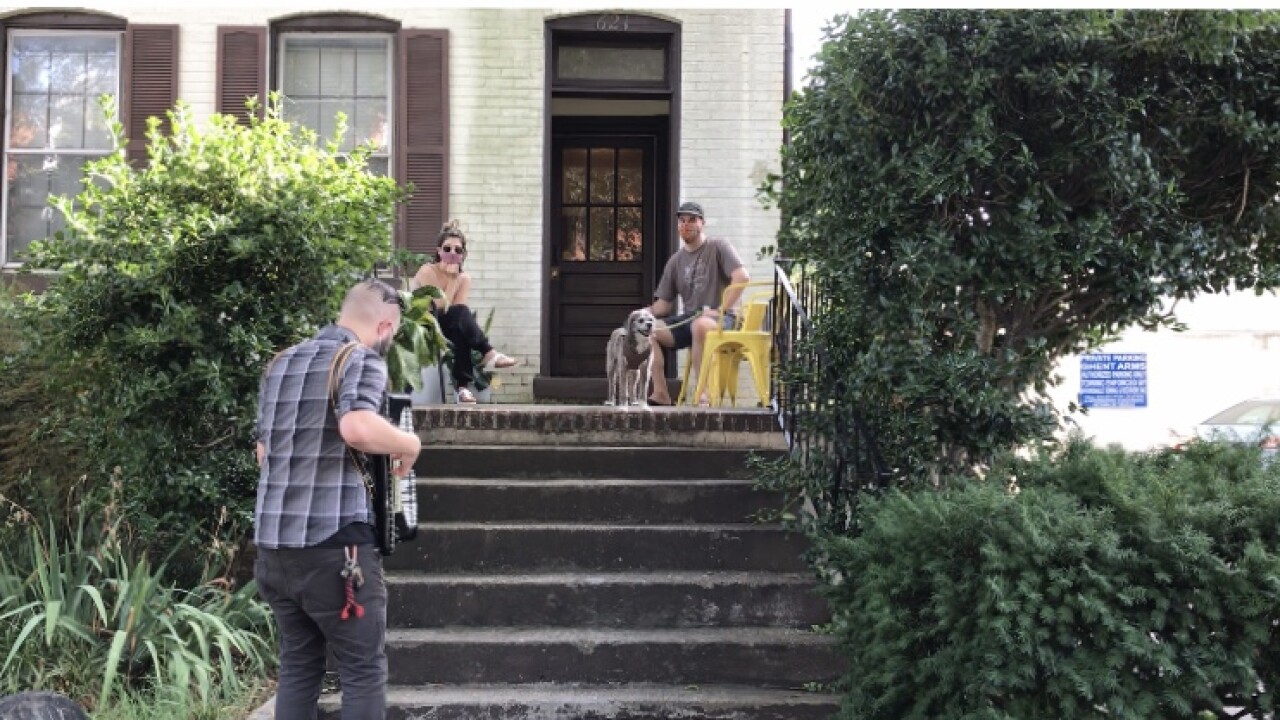 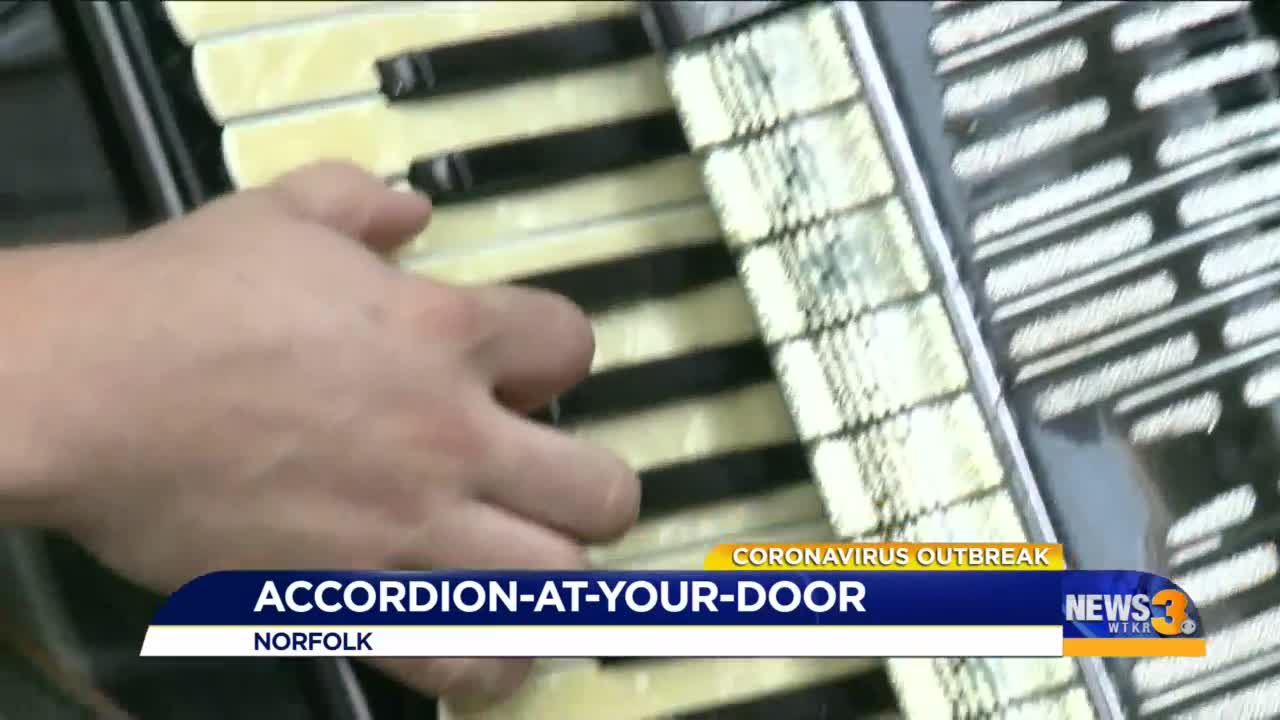 It was a moment one lucky Norfolk, Virginia couple didn’t know was coming.

Derek Page and his fiancée, Veronica Singer, got a one-of-a-kind gift Sunday for their upcoming wedding in October.

“I knew my brother was planning something, but I had no idea it would be this,” explained Derek.

“Instead of getting something off their registry, something that’s replaceable, I just thought it’d be a fun, unique different gift that creates a lasting memory,” said Alex Page.

32-year-old Miles Hoyle surprised the couple on their porch by playing a variety of songs on his accordion. The accordionist has been playing the squeezebox for 13 years.

The performances are something he calls 'Accordion-at-your-Door' where Hoyle plays songs for special occasions and celebrations - one note and one doorstep at a time.

“I enjoy it a lot,” Hoyle said. “I think it helps bring them a little joy too, at least I hope so.”

Hoyle started playing outside of people’s homes before the pandemic but said business ramped up right after the stay-at-home order went into effect.

“I’ve also played outside a few restaurants on their porches,” he said.

Hoyle also plays the accordion in his two bands, The Fighting Jamesons and Mosquito Cabaret, but as the COVID-19 crisis put most live entertainment on pause, his solo performances picked up traction.

“I think it’s a win-win for everybody,” Hoyle said.

The final song Hoyle played for the couple was Elvis Presley’s “Can’t help falling in love.” The couple applauded after the 15-minute show ended. Derek Page said the surprise left them with lasting memories.

“I could not have even expected this, not in a million years,” he said. “This was amazing. Life-long memory here.”

To book Miles Hoyle for an Accordion-at-your-Door performance, click here.