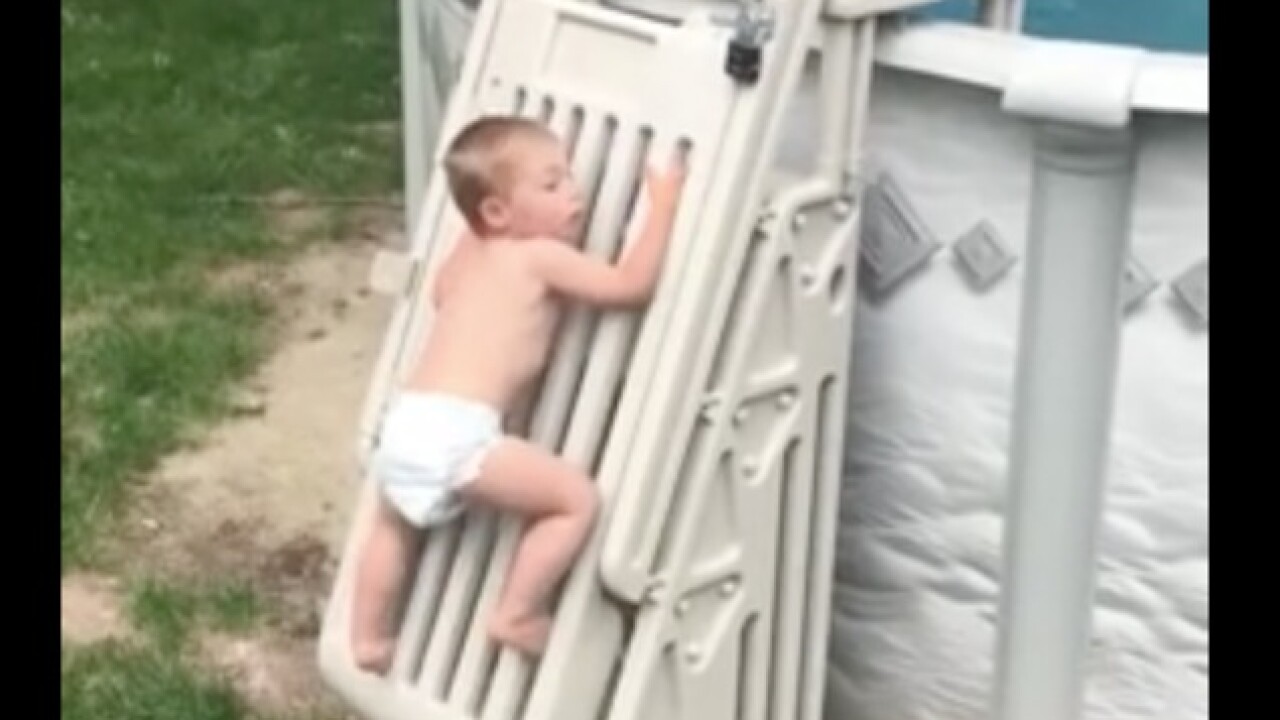 Copyright 2018 Scripps Media, Inc. All rights reserved. This material may not be published, broadcast, rewritten, or redistributed.
<p>Rumble video</p>

Pool safety ladders are supposed to keep young children from climbing into swimming pools without supervision, but video captured by a Massachusetts family demonstrated that it's still possible for a young child to climb a safety ladder.

In the video shared on social media, Keith Wyman shows how easy it is for children to gain access to a deep above-ground swimming pool using a safety ladder.

"I bought this ladder with the pool, and I'm watching my son, with it locked and shut, pull himself up this ladder," Wyman said while filming his son Cody climbing the ladder. "Whose big idea was it to have this door put on a ladder with slots like that, with a 2-year-old that can pull himself up and climb this thing?"

As the video concludes, Cody is pulled from the top of the ladder.

According to the CDC, among children 1 to 4 years old who died from an unintentional injury, one-third died from drowning, and most drownings among children ages 1 to 4 is in home swimming pools.