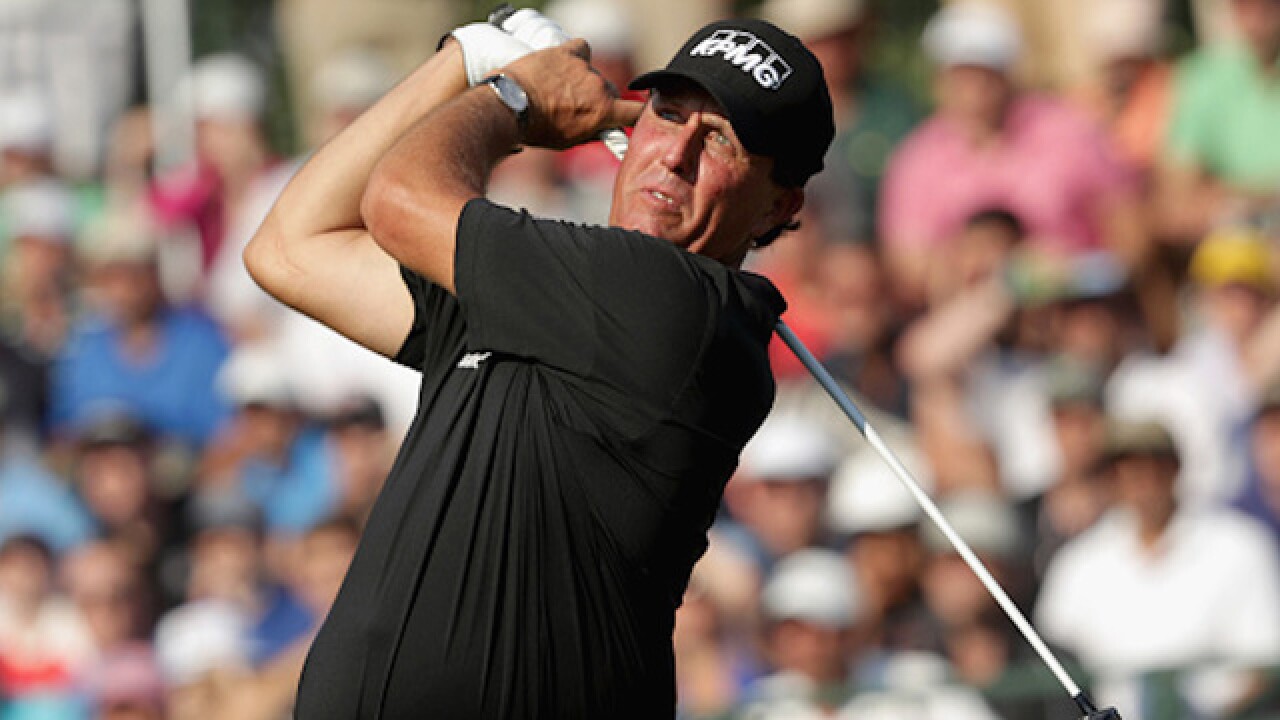 Copyright Getty Images
Streeter Lecka
<p>SPRINGFIELD, NJ - JULY 29: Phil Mickelson of the United States plays his shot from the 13th tee during the second round of the 2016 PGA Championship at Baltusrol Golf Club on July 29, 2016 in Springfield, New Jersey. (Photo by Streeter Lecka/Getty Images)</p>

PGA Tour star Phil Mickelson hit a shot Friday that would be embarrassing even for the average golfer. Mickelson shanked his first drive Friday during the second round of the PGA Championship so far left, it landed on a road.

The drive caused Mickelson to shoot a triple-bogey on the hole. Mickelson bounced back and finished the round at even par, and 1 over for the first two rounds of the PGA Championship.

"In the history of the PGA Championship, that's the worst start of any player's round."

-Phil Mickelson on his 7 https://t.co/ARCgS5eKRg

"I think in the history of the PGA Championship, that's the worst start of any player's round," Mickelson said. "I'd have to look that up."