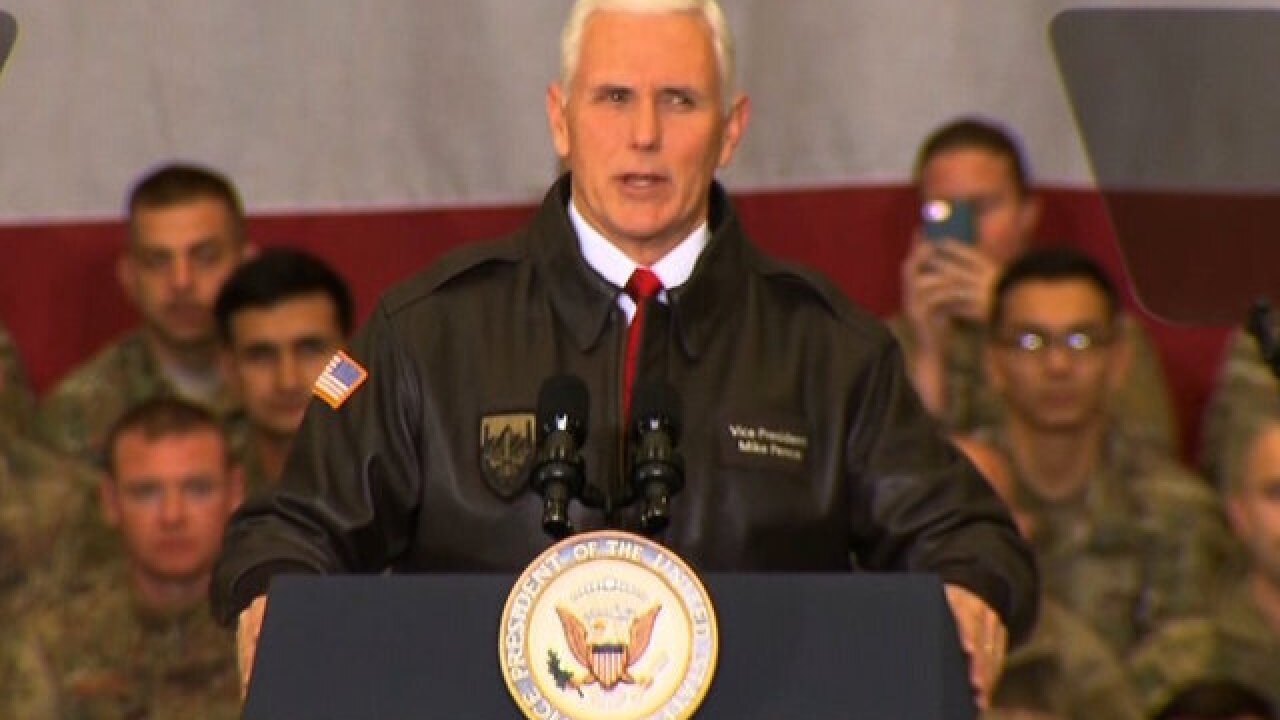 Copyright 2017 Scripps Media, Inc. All rights reserved. This material may not be published, broadcast, rewritten, or redistributed.
Pool
<p>Vice President Mike Pence touched down in Afghanistan for an unannounced visit on December 21, 2017 to meet with top Afghan officials and rally US troops for his first trip to the country as vice president.</p>

This comes after CNN reported Tuesday that a Pence doctor privately raised alarms within the White House last fall that President Donald Trump's doctor Ronny Jackson may have violated federal privacy protections for a key patient -- Pence's wife, Karen -- and intimidated the vice president's doctor during angry confrontations over the episode.