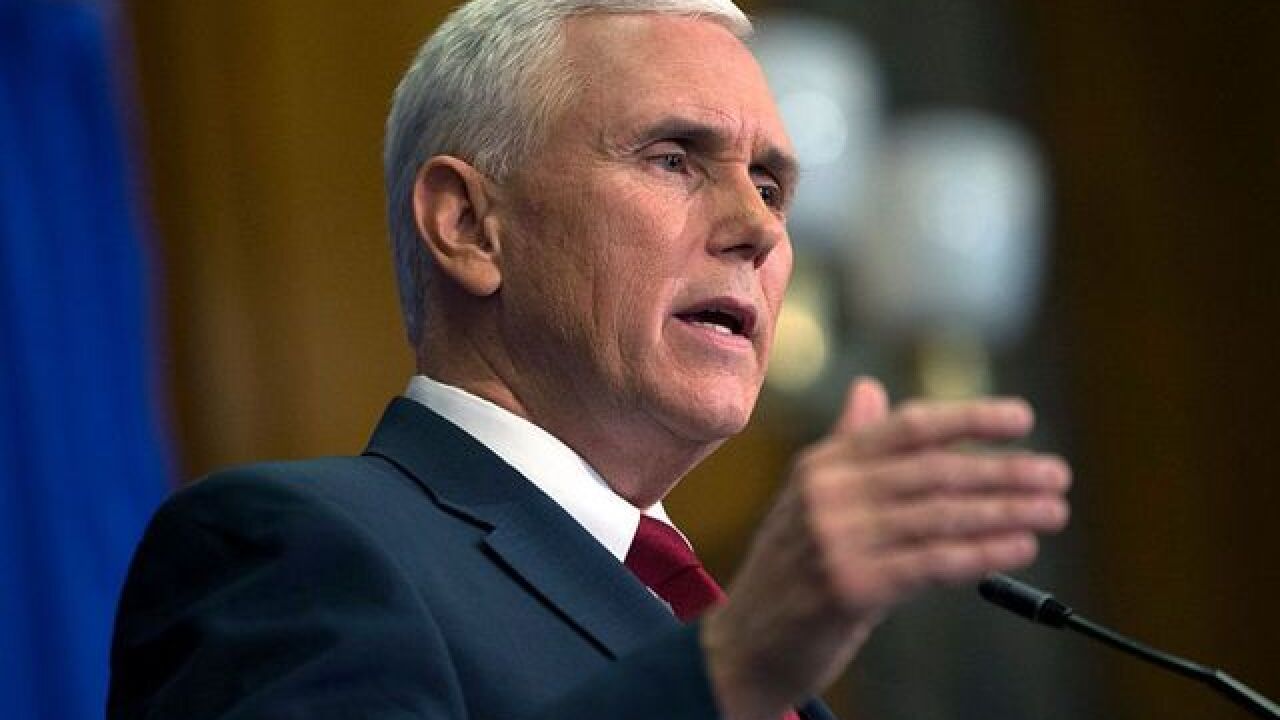 If the oddsmakers in Las Vegas are to be believed, the battle to be the next vice president of the United States will be between Indiana Gov. Mike Pence and Virginia's U.S. Sen. Tim Kaine.

You may want to get your bets in quickly if you're picking the GOP vice presidential pick.

Republican standard bearer Donald Trump's aides have suggested that he will announced a pick for vice president as soon as Friday. The announcement will have to take place between now and the end of the Republican National Convention, which is slated to begin next Monday.

Pence is said to be one of three Republicans vying to be Trump's running mate, with former speaker of the House of Representatives New Gingrich and New Jersey Gov. Chris Christie being the other two.

According to the gambling service Paddypower, Pence has 4-to-7 odds of being Trump's nominee. Those odds would tend to suggest he has better than a 50 percent chance of being selected by Trump.

Gingrich has the second-best odds of being Trump's running mate at 5-to-2, and Christie is behind him at 8-to-1.

Following Bob Corker's comments stating that Trump's daughter Ivanka would make a good vice president, she is listed with 66-to-1 odds to win.

That would be a heck of a payout if there is an all-Trump ticket.

For Democrats, Kaine has the best odds at 4-to-5 odds. Like Pence, those odds would suggest Vegas thinks Kaine has a better than 50 percent chance of being Hillary Clinton's running mate.

While Kaine is the overwhelming favorite, the field is pretty deep for Clinton to choose from.

Among some of the leading contenders, Sen. Elizabeth Warren has 9-to-2 odds, Secretary of Labor Thomas Perez and HUD Secretary Julian Castro are at 10-to-1, Sen. Sherrod Brown is at 12-to-1 and Clinton's chief rival for the party's nomination Bernie Sanders is at 14-to-1.

And if you're a vice presidential candidate wanting to be on the winning ticket, Vegas suggests you'll want to run with Clinton. Clinton has 1-to-3 odds of winning, well ahead of Trump's odds, which are at 11-to-4. There is not much love for third-party candidates as Libertarian nominee Gary Johnson has 100-to-1 odds.