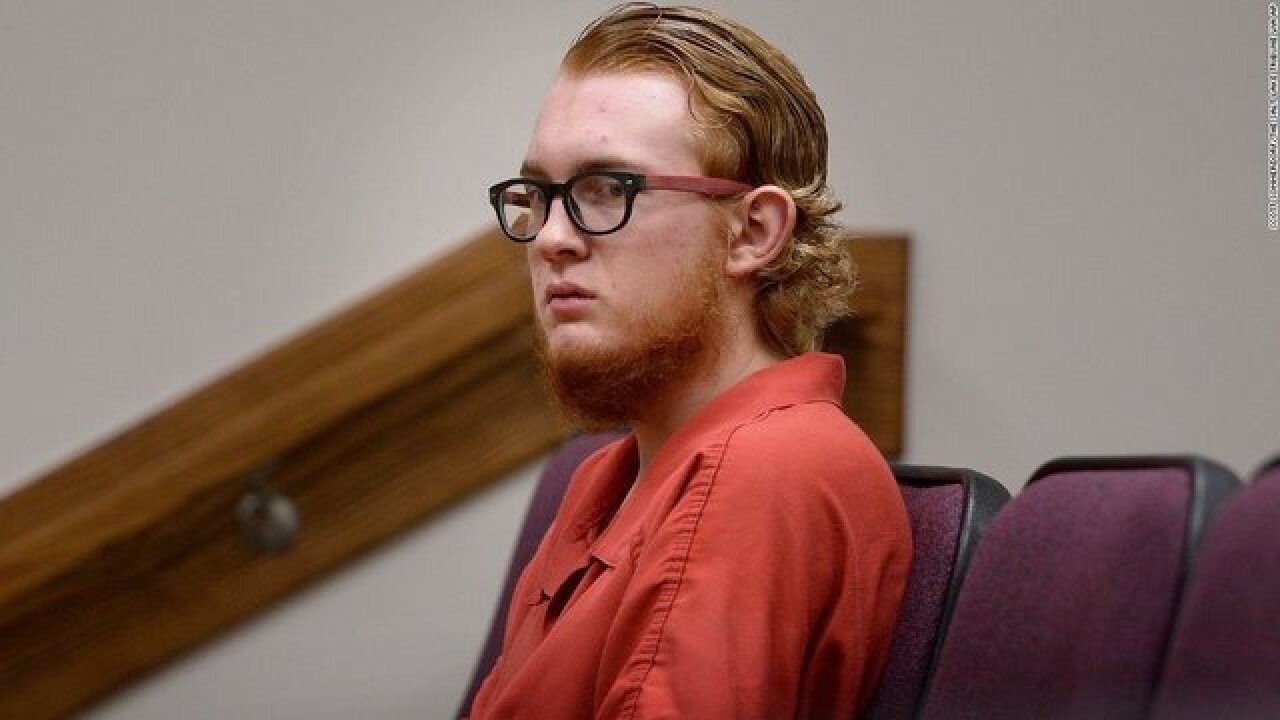 © 2018 Cable News Network, Inc.
Scott Sommerdorf/AP
<p>A Utah teenager who helped a girl hang herself last year was sentenced Friday to between five years and life in prison as part of a plea deal.</p>

(CNN) -- A Utah teenager who helped a girl hang herself last year was sentenced Friday to between five years and life in prison as part of a plea deal.

In May 2017, 16-year-old Jchandra Brown hanged herself at a campground in Payson, Utah, while her friend Tyerell Przybycien recorded it on his cell phone. Her body was discovered the next day.

Prosecutors said Przybycien bought the rope and tied the noose Brown put around her neck, and he purchased the compressed air she used to knock herself out before dying.

Przybycien also provided commentary as he recorded her last moments on a 10-minute video.

Przybycien, now 19, had been charged with first-degree murder but in October agreed to plead guilty to child abuse homicide. He was given 580 days credit for time served in jail.

"What I did I'm not proud," he said in court Friday, according to a report from CNN affiliate KSL, "and it doesn't deserve pity."

He added that he hopes Brown's family will forgive him "for my immature and thoughtless and rash decisions."

Brown's mother, who brought a large framed photo of Jchandra to court, said she wanted Przybycien to be in prison.

"I don't want him out to cause pain and havoc on anyone else's family, anyone else's children," she said, according to KSL. "I cannot describe to you the pain of losing a child."

Both the prosecution and defense agreed that Przybycien was involved in Brown's death. The state had said Brown wouldn't have killed herself if not for Przybycien's involvement, which they say he talked about in texts and interviews.

His defense, however, says Brown ultimately decided to end her life, and hung herself at the Maple Lake Campground. The site is about 15 miles south of Spanish Fork, where Przybycien lived, and about 25 miles south of Provo.

CNN reached out to prosecution and defense attorneys but didn't get any immediate replies.

CNN affiliates reported that Przybycien was also sentenced in an unrelated case to five years, which he will serve at the same time as his homicide sentence.

The case prompted Utah to pass a law this year making it illegal for someone to help another take their life.