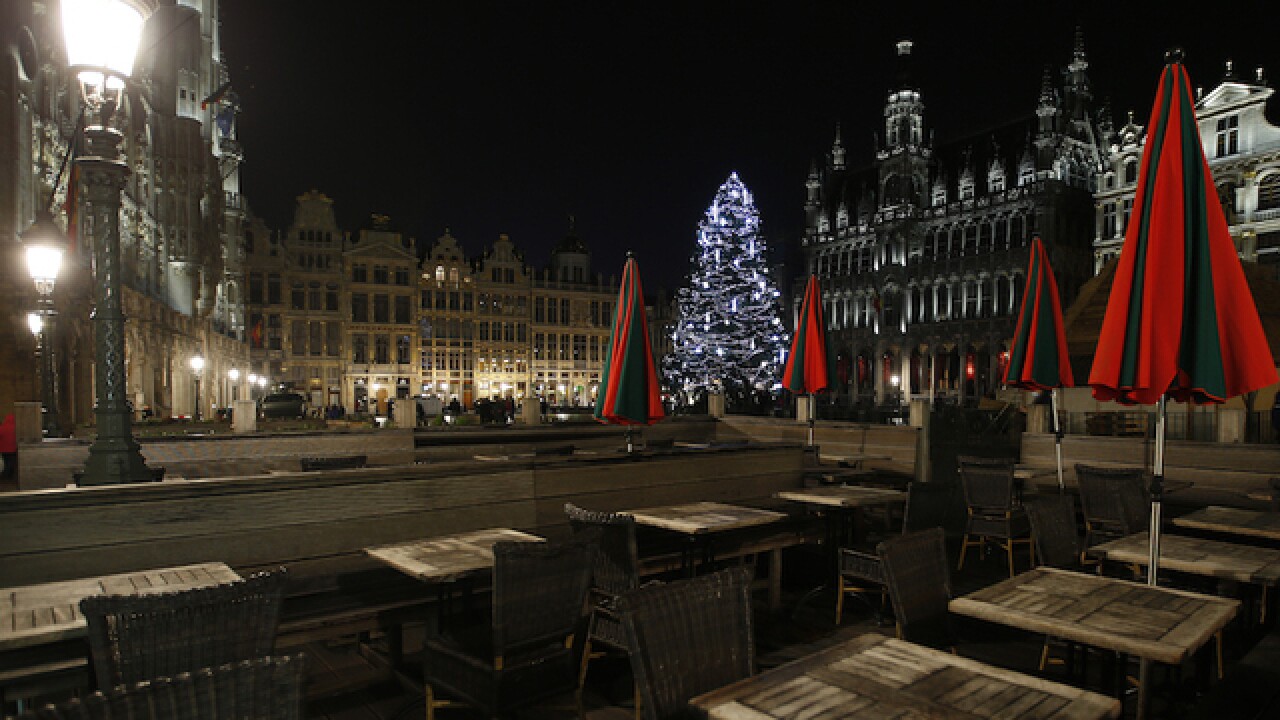 Alastair Grant
<p>Empty tables are seen at a restaurant on the Grand Place in Brussels, Monday, Nov. 23, 2015. The Belgian capital Brussels has entered its third day of lockdown, with schools and underground transport shut and more than 1,000 security personnel deployed across the country.</p>

Americans should be alert to the possible travel risks, especially during the holidays, following increased terrorist threats around the world, the State Department warned on Monday.

A travel alert, which is to be in effect until Feb. 24, said current information suggests that militants with the Islamic State, al-Qaida, Boko Haram and other terrorist groups continue to plan attacks in multiple regions. U.S. authorities said the likelihood of terror attacks will continue as members of IS return from Syria and Iraq, and other individuals not affiliated with terror groups engage in violence on their own.

Extremists have targeted sporting events, theaters, open markets and aviation targets. In the past year, there have been multiple attacks in France, Nigeria, Denmark, Lebanon, Turkey and Mali. IS has claimed responsibility for the Oct. 31 bombing of a Russian airliner in Egypt, killing 224 people.

"U.S. citizens should exercise vigilance when in public places or using transportation," the alert said. "Be aware of immediate surroundings and avoid large crowds or crowded places. Exercise particular caution during the holiday season and at holiday festivals or events."

The State Department said the U.S. is exchanging information with allies about threats of international terrorism.

The travel alert was issued the same day that Belgium's prime minister announced that Brussels would remain at the highest alert level for at least another week. The increased security measures following the Nov. 13 attacks in Paris that killed 130 people have virtually shut down the Belgian capital.