US homeownership rate of 62.9 percent matches a 51-year low 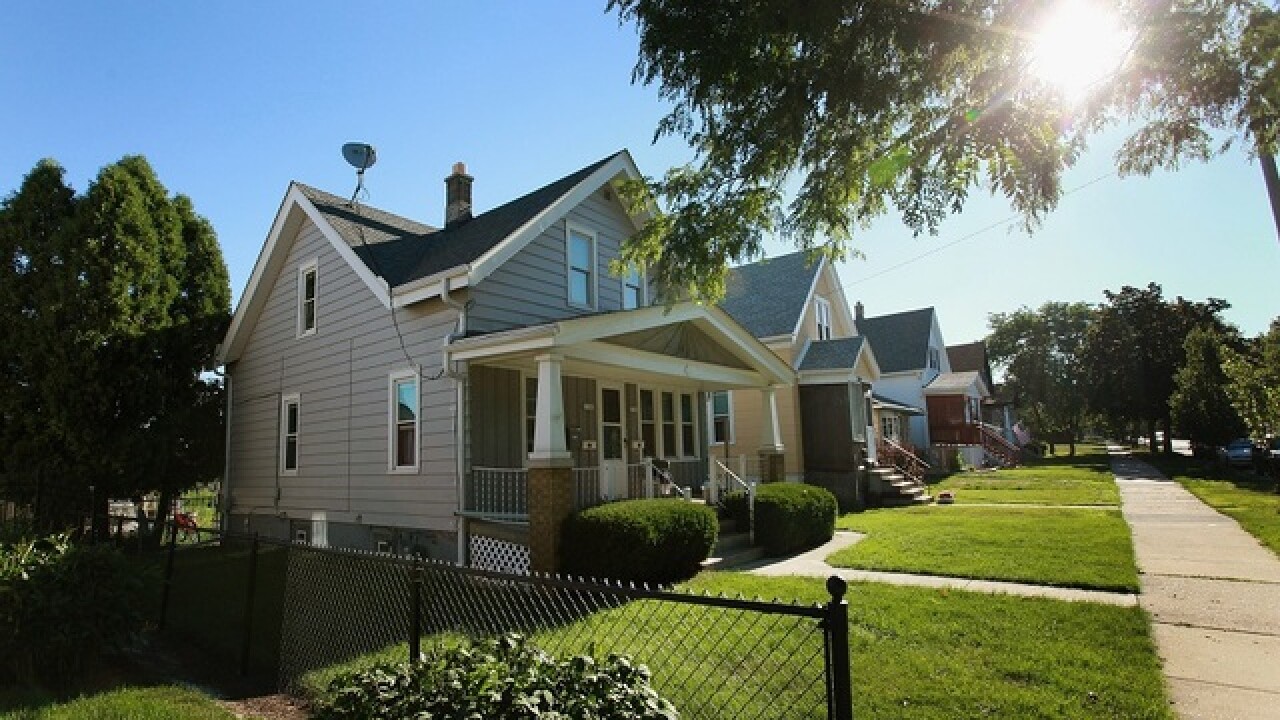 Scott Olson
<p>CUDAHY, WI - AUGUST 06: The home of Wade Michael Page sits in a suburban Milwaukee neighborhood August 6, 2012 in Cudahy, Wisconsin. Page is reported to have opened fire at the Sikh Temple of Wisconsin killing six people before being killed by police during a shootout. (Photo by Scott Olson/Getty Images)</p>

By: Associated Press
Posted at 8:20 PM, Jul 28, 2016
WASHINGTON (AP) — The proportion of U.S. households that own homes has matched its lowest level in 51 years — evidence that rising property prices, high rents and stagnant pay have made it hard for many to buy.
Just 62.9 percent of households owned a home in the April-June quarter this year, a decrease from 63.4 percent 12 months ago, the Census Bureau said Thursday. The share of homeowners now equals the rate in 1965, when the census began tracking the data.
The trend appears most pronounced among millennial households, ages 18 to 34, many of whom are straining under the weight of rising apartment rents and heavy student debt. Their homeownership rate fell 0.7 percentage point over the past year to 34.1 percent. That decline may reflect, in part, more young adults leaving their parents' homes for rental apartments.
The overall decline appears to be due largely to the increased formation of rental households, said Ralph McLaughlin, chief economist at the real estate site Trulia. McLaughlin cautioned, though, that the decrease in homeownership from a year ago was not statistically significant.
America added nearly a million households over the past year and all of them were renters. Home ownership has declined even as the housing market has been recovering from the 2007 bust that triggered the Great Recession. Ownership peaked at 69.2 percent at the end of 2004.
Home prices have been steadily outpacing gains in average earnings. This has made it harder for first-time buyers to save for down payments, thereby delaying their ability to purchase a home.
The median home sales price was $247,700 in June, up 4.8 percent from a year ago, according to the National Association of Realtors. That increase is roughly double the pace of average hourly wage gains.
Mortgage rates, which are near historic lows, have helped boost sales of existing homes to a seasonally adjusted annual rate of 5.57 million, the strongest pace since early 2007. But few properties are being listed for sale, giving would-be buyers a limited selection and increasing price pressures.
Copyright 2016 The Associated Press. All rights reserved. This material may not be published, broadcast, rewritten or redistributed.