US cyclist withdraws from Rio consideration 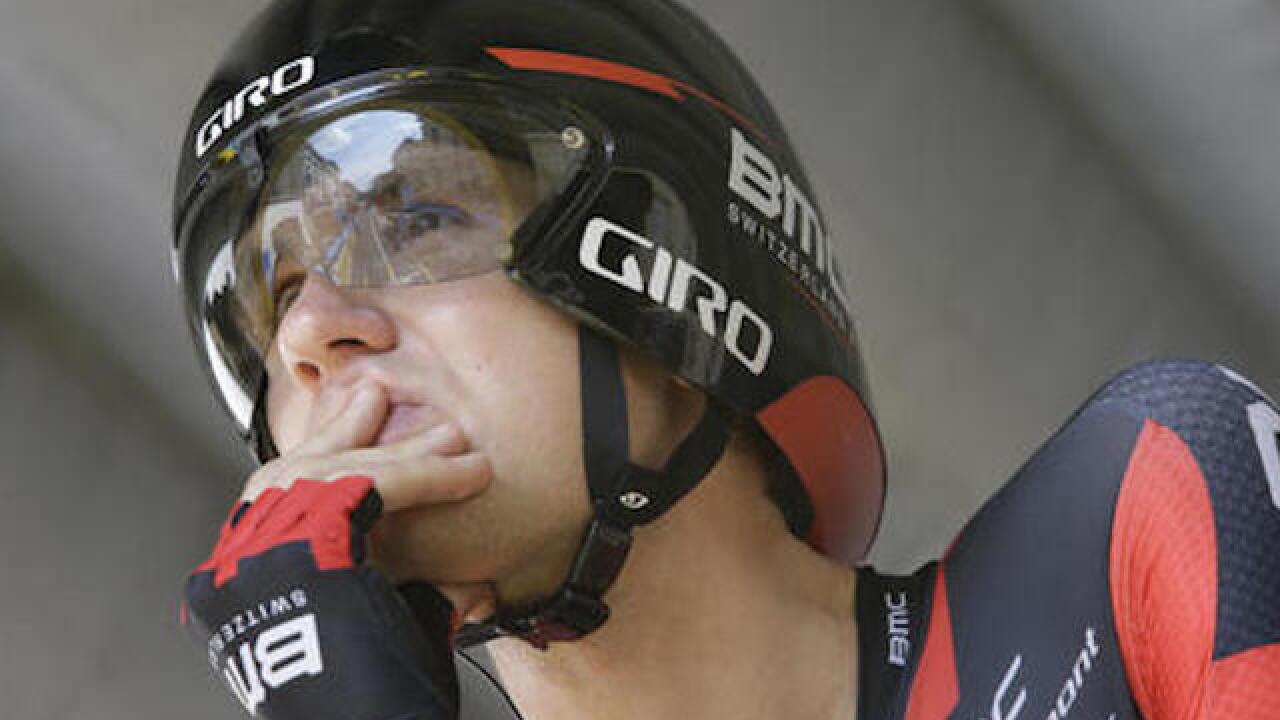 Copyright Associated Press
Laurent Cipriani
<p>In this July 26, 2014, file photo, Tejay van Garderen of the U.S. concentrates prior to the start of the 20th stage of the Tour de France cycling race in Bergerac, France. American cyclist Tejay van Garderen has withdrawn his name from consideration for the Rio Olympics amid concerns that he may contract the Zika virus and pass it along to his pregnant wife. (AP Photo/Laurent Cipriani, File)</p>

American cyclist Tejay van Garderen has withdrawn his name from consideration for the Rio Olympics amid concerns that he may contract the Zika virus and pass it along to his pregnant wife. He is believed to be the first athlete to back out of the Summer Olympics because of the mosquito-borne illness.

USA Cycling spokesman Kevin Loughery confirmed the decision and told The Associated Press on Thursday that van Garderen is the only athlete that has withdrawn from consideration for the U.S. cycling team. USA Cycling is expected to announce its road team June 24.

Garderen, a member of the 2012 Olympic team, would have been a likely choice for one of the two U.S. spots. The 27-year-old Tour de France veteran is a strong time trial rider and his climbing ability would have been well-suited to the hilly course at the Rio Olympics.

Van Garderen's wife, Jessica, is due in October.

Rio organizing committee head Carlos Nuzman told a meeting of the International Olympic Committee in Lausanne, Switzerland, on Thursday that cases of Zika will significantly drop from June to September.

Nuzman said Zika poses "no public health risk" that would warrant calling off the games. Nuzman also said several leading athletes, including track star Usain Bolt, tennis star Rafael Nadal and members of the U.S. basketball team have said they have no worries about going to Rio.

Last week, a group of 150 health experts called for the Rio Games to be moved or postponed because of Zika, which causes flu-like symptoms in adults but has been linked to severe birth defects. The virus can be transmitted from men to women sexually or through blood-to-blood contact. The World Health Organization also said there is "no public health justification" for such a move.

U.S. track cyclist Sarah Hammer, who will compete in two events at the Rio Games, told the AP that she is not concerned about Zika but that she is educating herself before traveling to Brazil.

"There's always something. In Beijing it was air quality, in London it was security," Hammer said. "Am I worried? No. Am I totally ignorant on it? No. I'm going to take all the proper precautions I need."

Hammer has actually been to the Amazon rainforest several times on vacation, though never during such a public health epidemic. But she said "I've always protected myself. And that's what we'll do."

USA Cycling chief executive Derek Bouchard-Hall said the U.S. Olympic Committee has been taking the lead on education athletes and "we defer to them" when it comes to preparations.

Bouchard-Hall did acknowledge that South America's first Olympics has been beset by problems.

"I think it has been dogged more than normal and some of the things are beyond their control, and some are not," he told the AP. "For us, it's the velodrome (delays) and some infrastructure problems and the Zika virus, which is not Brazil's fault per se. But they're facing a lot of difficult challenges."