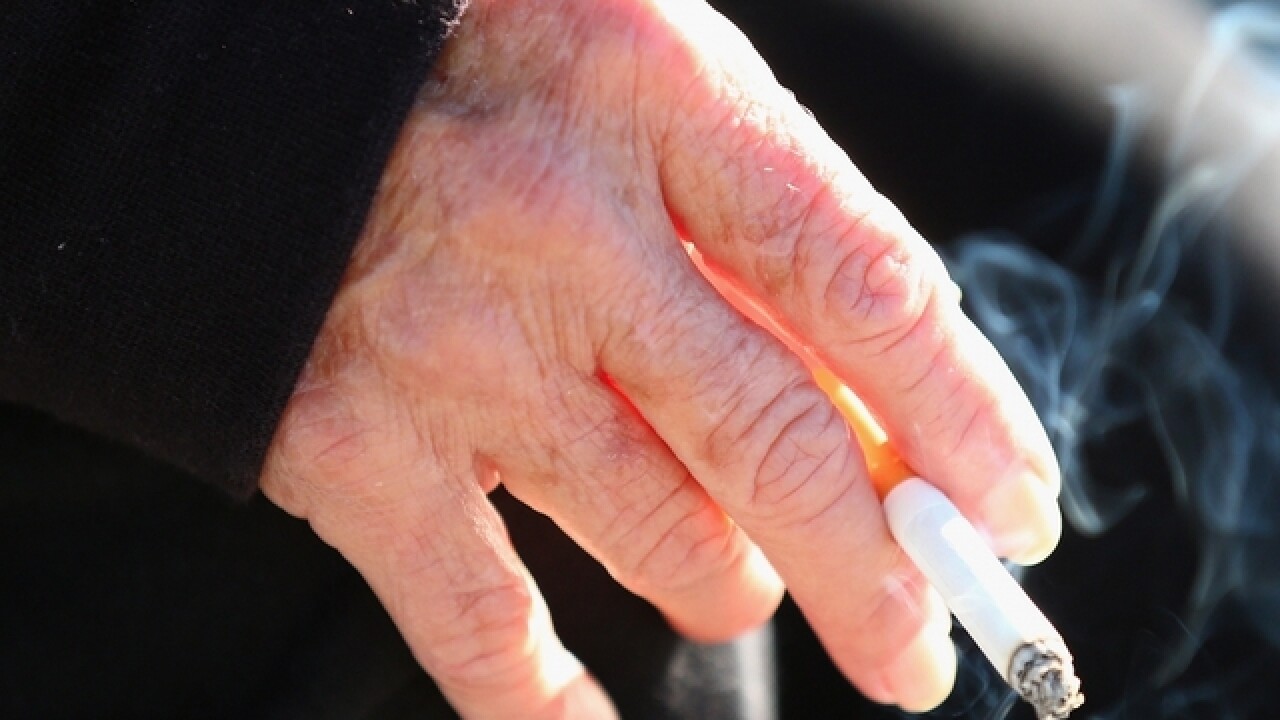 WELLINGTON, New Zealand (AP) — Smokers in New Zealand will pay $20 for a pack of cigarettes under the government's budget plan released Thursday. Polluting industries will also get hit with higher taxes.
In its annual budget, the government forecasts that rising fiscal surpluses in coming years will allow it to begin paying down its public debt. Here are some of the highlights:
HEAT TURNED UP ON SMOKERS:
The government plans to hike tobacco taxes by 46 percent over the next four years as it continues an ambitious campaign to eliminate smoking from the South Pacific nation by 2025. Once the taxes are in place, a pack of 20 cigarettes will cost about 30 New Zealand dollars ($20), one of the highest prices in the world.
Indigenous Maori have relatively high smoking rates, and the tax plan was pushed by the Maori Party. Te Ururoa Flavell, the party's co-leader, said it was the right thing to do, even if cost his constituents more money.
"What I do know is that there are so many of our young women, because research tells us that, who are dying because of cancer," he said. "I'm happy in my heart. If I can save more than one life, I would have done my job."
POLLUTING BUSINESSES TO PAY:
A subsidy for polluting businesses that was introduced to help them out after the 2008 global financial crisis will be eliminated by 2019. After that, those businesses will need to pay more for releasing polluting gases. New Zealand is aiming to reduce its greenhouse gas emissions by 30 percent from 2005 levels by 2030.
The government says the measure will help grow a cleaner economy. But opponents say the measure amounts to a tax hike on businesses, and consumers will end up paying more.
BALANCING THE BOOKS:
New Zealand is unusual among developed nations in that it's operating with a small surplus rather than borrowing money to pay its bills. The government's books returned to the black last year for the first time since the financial crisis.
The Treasury is forecasting the economy will continue to grow at an average annual rate of 2.8 percent over the next five years. That's despite a big drop in prices for its key dairy exports, due in part to slowing growth in China. The dairy downturn has been offset by a boom in tourism as well as growth in construction and immigration.
"A positive economic outlook and stable finances means New Zealand has choices that few other developed countries have," said Finance Minister Bill English.
The Treasury is forecasting a slim surplus of 700 million New Zealand dollars ($471 million) for the year ending June. The surplus is forecast to increase to NZ$6.7 billion by 2020. However, that could be reduced by tax cuts, which many people expect the government to announce ahead of next year's election.
SOCIAL SPENDING:
The budget includes increases in spending for health, low-income housing and schools. The government says it plans to build nine new schools and hundreds of new classrooms as the growing population puts increased pressure on public services.
Opponents say the government has failed to address a housing crisis in Auckland, where runaway prices have made homes unaffordable for many and forced others to live together in overcrowded conditions.
"What was needed today was a clear plan to build thousands of affordable homes, lift wages and fix our creaking public services," said Andrew Little, the leader of the opposition. "Instead we have a government still focused on those at the top while most New Zealand families miss out."
Copyright 2016 The Associated Press. All rights reserved. This material may not be published, broadcast, rewritten or redistributed.