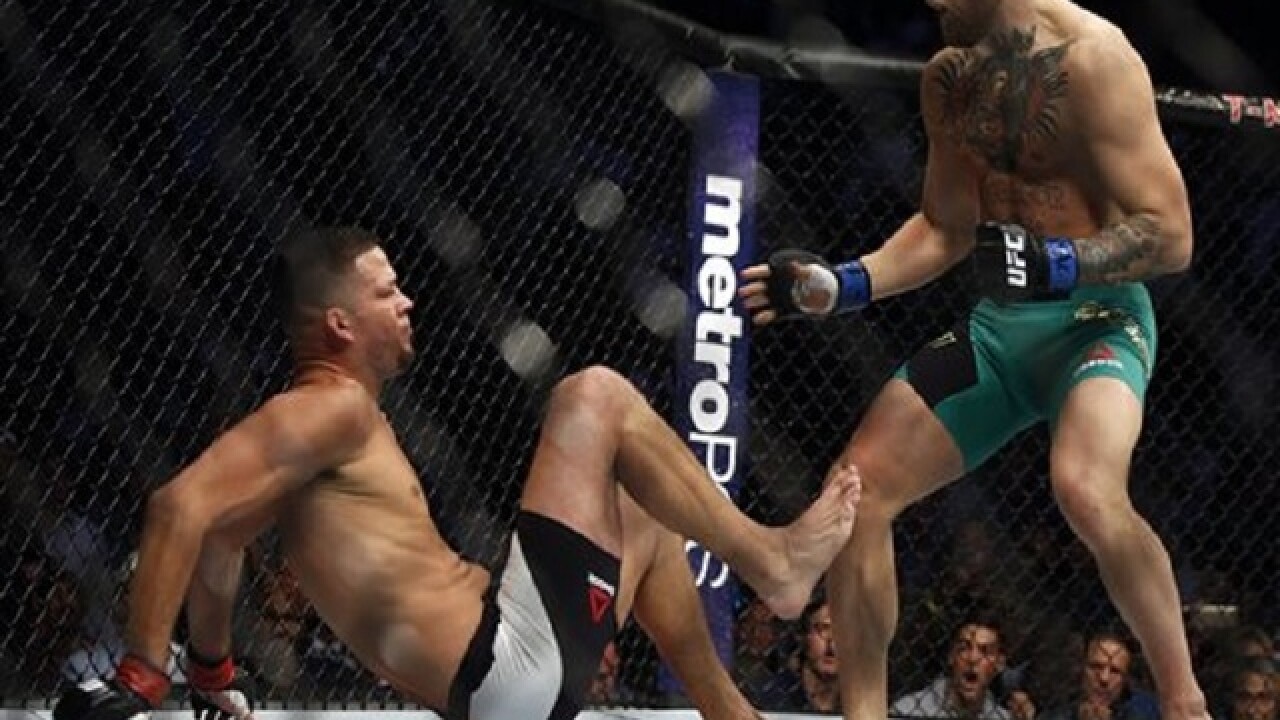 By: Associated Press
Posted at 1:33 AM, Aug 23, 2016
LAS VEGAS (AP) — Conor McGregor has received a medical suspension of up to six months following his five-round victory over Nate Diaz at UFC 202.
McGregor outpointed Diaz in a bloody, tiring slugfest Saturday and came out with issues in his foot and ankle, including a possible fracture, and also said after the fight that his shin was sore from landing so many kicks. He hobbled into his post-fight press conference on crutches and needed assistance walking out.
The medical suspensions aren't uncommon. McGregor can have his waived if he is cleared by an orthopedic doctor. Otherwise, he's unable to train with contact until Oct. 5 and is suspended from fighting until Oct. 20, when he can be re-evaluated.
Diaz came out of the fight with his face bloodied and swollen but was only issued a 30-day suspension.
McGregor and Diaz both called for a third match between the pair, though UFC has insisted that McGregor first drop down to defend his featherweight title.
Copyright 2016 The Associated Press. All rights reserved. This material may not be published, broadcast, rewritten or redistributed.