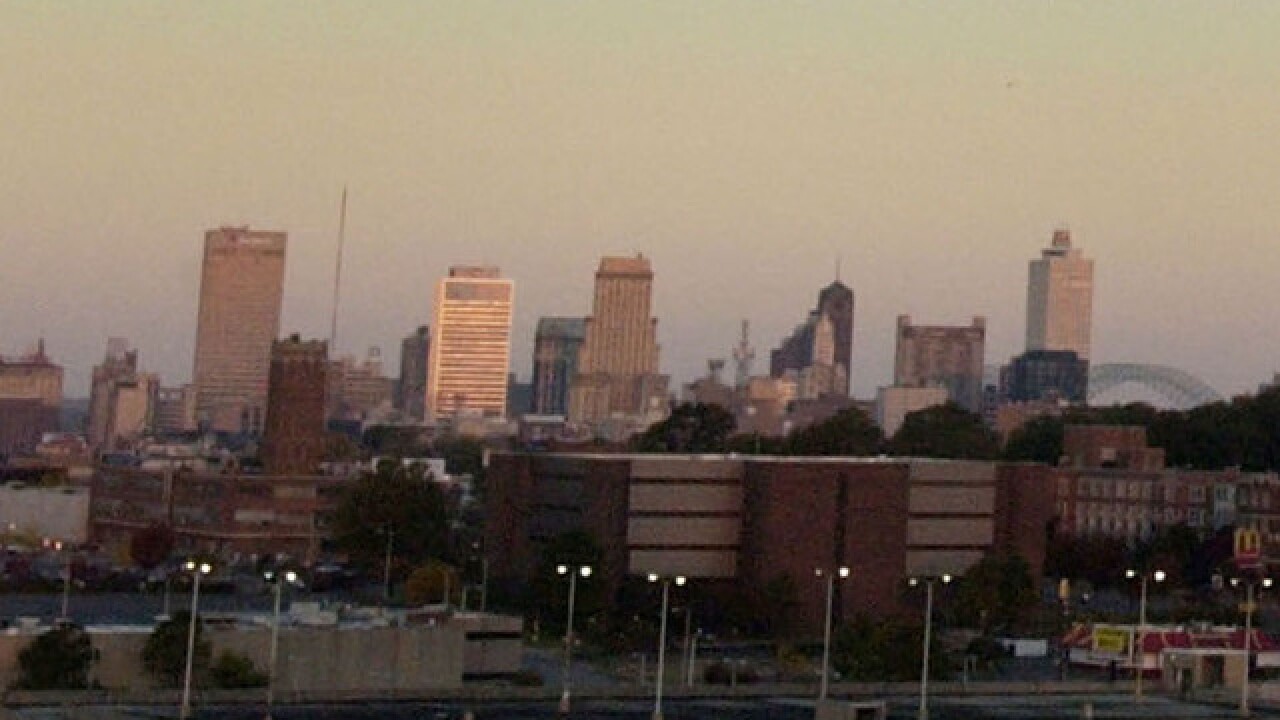 Mike Brown
<p>MEMPHIS - NOVEMBER 6: Baptist Memorial Hospital (far right) sits with the Memphis skyline moments before being imploded on Sunday November 6, 2005 in Memphis, Tennessee. The 924,000 square foot building was the largest private hospital in the world until the late 80's, and is now the largest building to be imploded in the United States this year. Since 1955 the hospital had approximately 1.9 million in-patients and is where Elvis Presley was pronouced dead on August 16, 1977 . (Photo by Mike Brown/Getty Images)</p>

Two Memphis police officers have been suspended without pay after posting a Snapchat that the department’s director called “disgusting.”

The Snapchat in question features a man pointing a gun at an emoji of an African-American man running. A Memphis police officer took the photo, and a second officer posted the picture on Twitter. Both have been suspended without pay.

The Snapchat was taken the night that five Dallas police officers were killed in a sniper attack, and days after two African-Americans were killed on camera at the hands of police.

"The image is disgusting and will not be tolerated" said Interim Memphis Police Department Director Mike Rallings, according to WHBQ. "We are certainly responsible for the decisions we make, and we are held to a higher standard.”

According to the Memphis Police Department Policy, "employees must avoid any conduct which could compromise the integrity of the Department. This includes conduct related to materials posted on personal websites, social media, twitter, Facebook ... etc."