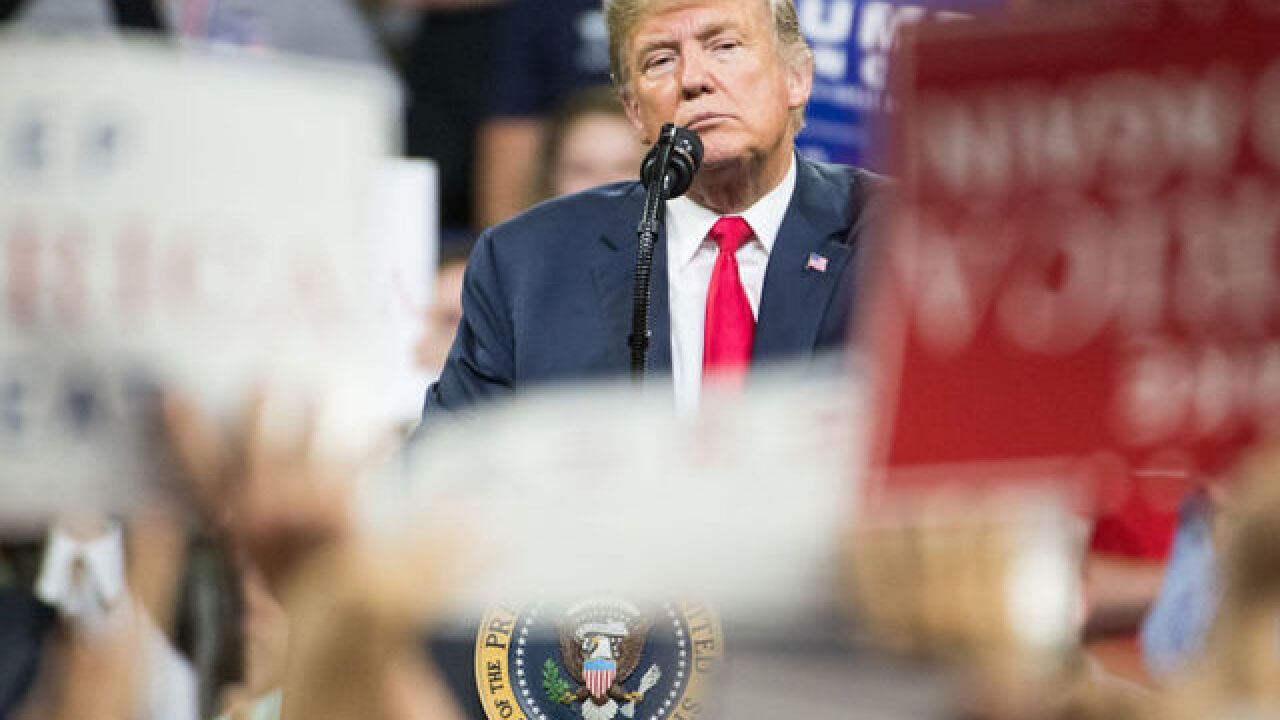 U.S. President Donald Trump inspires less trust around the world than many other international leaders, including autocrats like Russia's Vladimir Putin and China's Xi Jinping, according to a new global survey.

The poll of people in 25 countries found that just 27 percent of all respondents, on average, have confidence in Trump to "do the right thing in world affairs."

The most trusted international leader, by contrast, was German Chancellor Angela Merkel, who claimed the confidence of 52 percent of all respondents. Xi Jinping scored 34 percent and Vladimir Putin, 30 percent.

The survey was conducted among 26,112 respondents in 25 countries from May 20 to August 12 by the Pew Research Center, a nonpartisan, Washington-based think tank.

The research found overall ratings for the U.S. role in international affairs are much lower than during Barack Obama's presidency.

"Large majorities say the U.S. doesn't consider the interests of countries like theirs when making foreign policy decisions," said analysts at Pew.

"Many believe the U.S. is doing less to help solve major global challenges than it once did. And there are signs that American soft power is waning as well: While the U.S. maintains its reputation for respecting individual liberty, fewer believe this than a decade ago," the Pew analysts said.

Since his election in November 2016, Trump has started trade wars, rejected major international agreements and questioned old alliances. At the United Nations last month, he declared that his administration rejects "the ideology of globalism" in favor of "the doctrine of patriotism."

Unsurprisingly, the distance between the U.S. and its traditional allies seems to be widening. Many of those questioned in U.S.-allied and partner countries were particularly critical of Trump.

In Germany, only 10 percent of people said they had confidence in the U.S. President. That figured dropped to 9 percent in France and 7 percent in Spain.

One exception to the pattern was Israel, where Trump's positivity ranking stood at 69 percent. Late last year, Trump recognized Jerusalem as the capital of Israel and later moved the U.S. Embassy there from Tel Aviv.

Despite the negative views of Trump's leadership, 63 percent of global respondents said they continued to support a world order in which the U.S. was the leading power, as opposed to China.

The survey found that views of China varied distinctly from country to country.

Among the citizens in the 25 countries surveyed, which did not include China, 45 percent of respondents had a favorable view of China, while 43 percent took an unfavorable view.

Russia's image of Trump on the decline

The biggest drop in the U.S. ratings came from Russia, where only 26 percent of those polled held a favorable view of the United States -- a drop of 15 points from 2017.

A majority of Russians polled said relations between Moscow and Washington worsened in the past year. The share of the public with a positive view of Trump has dropped from 53 to 19 percent.

That drop comes amid the ongoing investigation into Russian interference in the 2016 presidential election.

The U.S. Justice Department announced in July that it would charge 12 Russian nationals with engaging in a sophisticated campaign to influence the 2016 presidential election, including the release of emails designed to damage Democratic presidential candidate Hillary Clinton.