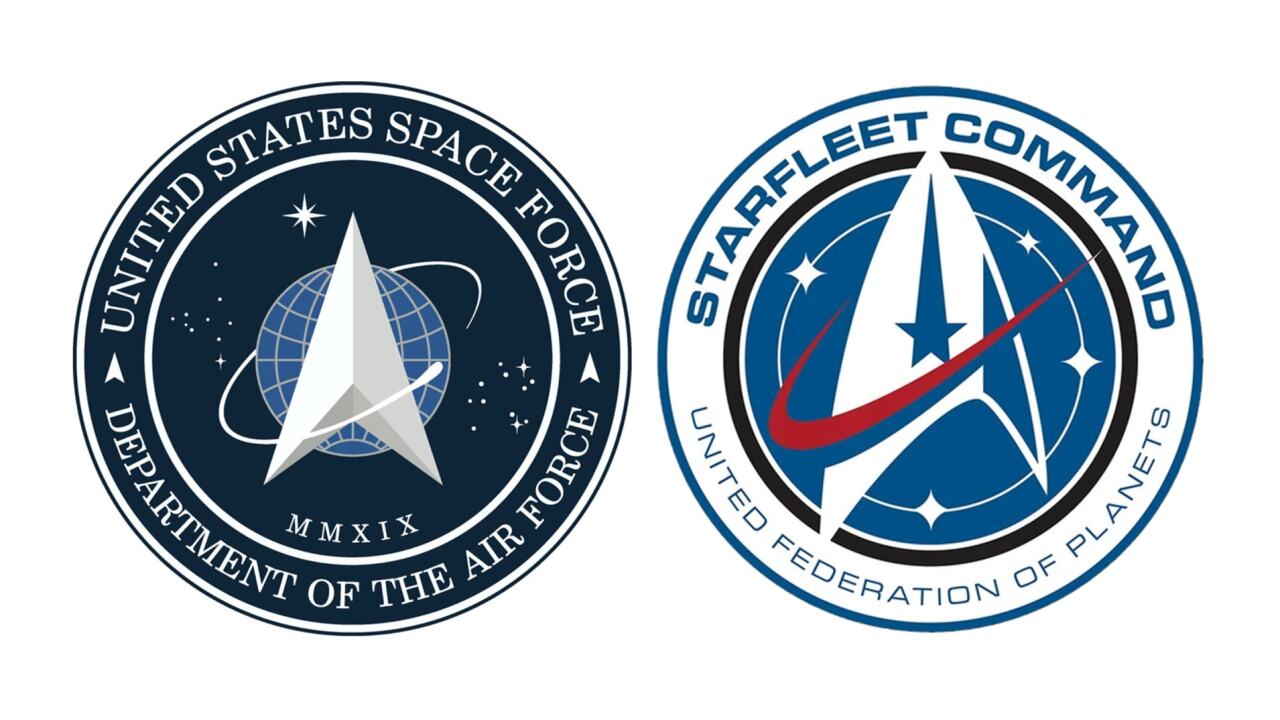 The new U.S. Space Force is not Star Trek's Starfleet Command, but their logos bear a striking similarity.

President Donald Trump unveiled the Space Force logo Friday, writing on Twitter that he had consulted with military leaders and designers before presenting the blue-and-white symbol, which features an arrowhead shape centered on a planetary background and encircled by the words “United States Space Force” and “Department of the Air Force.”

The logo also is similar to that of Air Force Space Command, from which Space Force was created by legislation that Trump signed last month.