Trump on New York Times op-ed: 'You could call it treason' 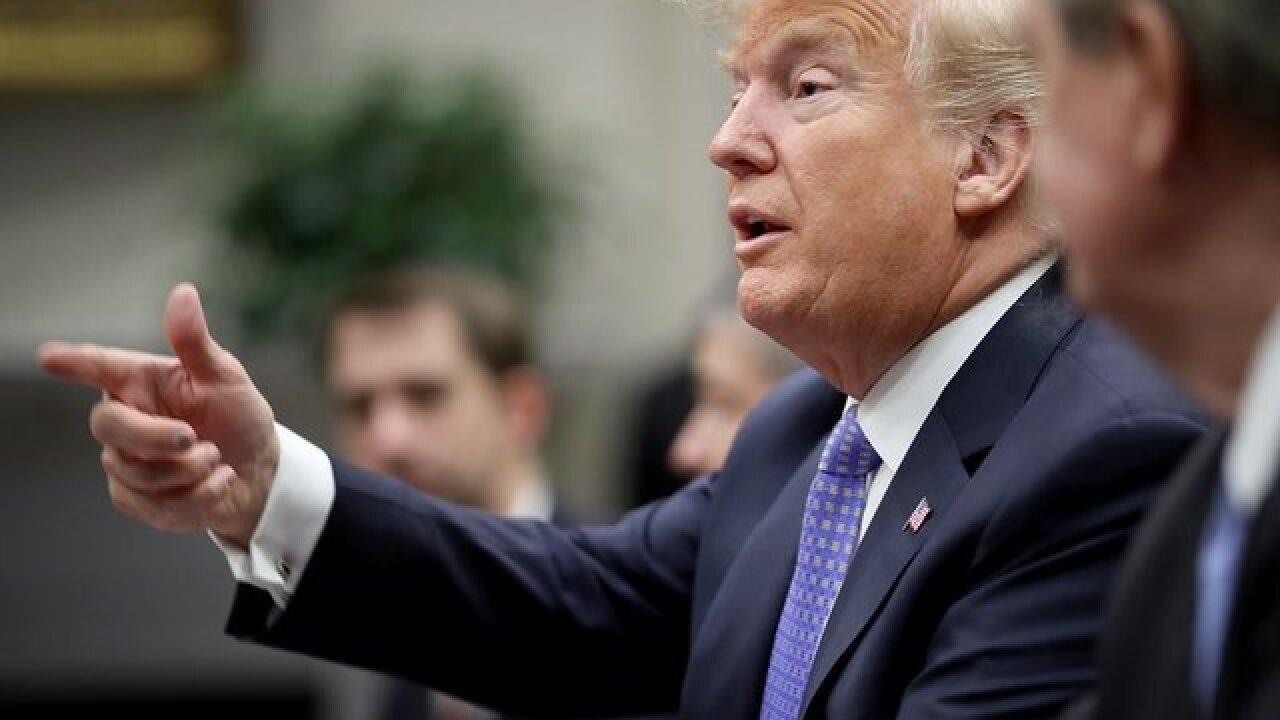 President Donald Trump said Thursday that The New York Times' decision to publish an op-ed from a senior administration official describing an internal resistance to the President could be called "treason."

In an interview that aired Friday morning on Fox News but was piped into the sound system at the rally and could be heard by reporters, Trump said the Times never should have run the piece.

"Well, number one, the Times never should have done that, because really what they've done is virtually, you know, you could call it treason, you could call it a lot of things, but to think you have somebody in all of the Cabinets -- so many people, as you know," Trump said. "They came forward, they're writing editorials, they're all saying, you know, it's got to be at a fairly low level."

Trump also said the op-ed is "a very unfair thing" because the writer of the piece is anonymous, adding that the administration can't discredit the account without knowing the person's identity.

Trump also called the White House "a well-oiled machine" and said there is "a lot of love in the administration."

"So they take one person out of thousands, but what's unfair -- I don't mind when they write a book and they make lies, 'cause it gets discredited. We just discredited the last one. We discredit all of them because it's lies," Trump said.

"But I'll tell you, when somebody writes and you can't discredit, because you have no idea who they are, usually you'll find out it's a background that was bad. It might not be a Republican, it may not be a conservative. It may be a deep state person that's been there a long time."