Trump defends call for banning Muslims from US 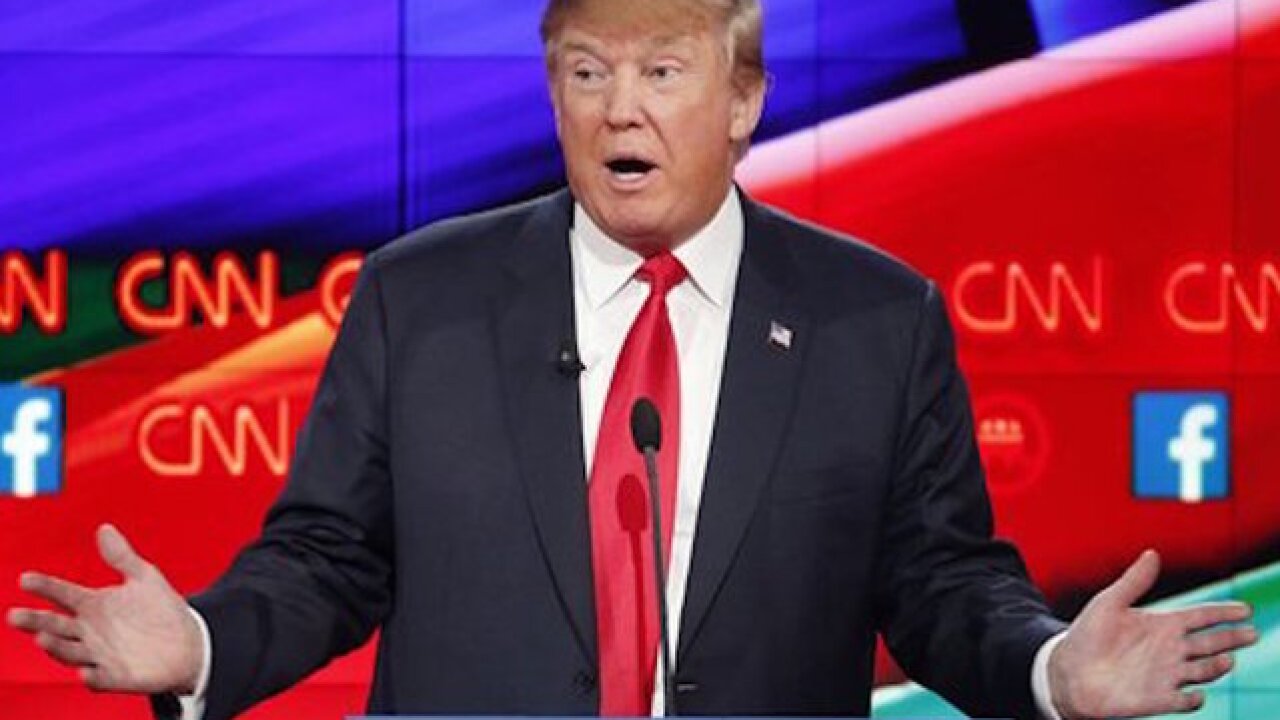 The debate was dominated by national security, reflecting the reshaping of the 2016 contest by the recent attacks in Paris and San Bernardino, California. Hours before the debate began, officials in Los Angeles closed all schools after an emailed threat that was later deemed a hoax.

Trump insisted his proposal, which was roundly condemned by his rivals, wasn't an attempt to discriminate.

Former Florida Gov. Jeb Bush, the one-time front-runner who has struggled throughout the campaign, was among the most aggressive of the candidates in seeking to discredit Trump. "Donald is great at the one-liners, but he's a chaos candidate and he'd be a chaos president," Bush said. He later told Trump he wouldn't be able to "insult your way to the presidency."

In contrast, Cruz and Rubio said they understood why Trump had raised the idea of banning Muslims and avoided directly criticizing the front-runner. Instead, they focused on each other, engaging in lengthy debates over their differences on national security.

Rubio accused Cruz of weakening the government's ability to track terrorists because he voted in favor of legislation to eliminate the National Security Agency's bulk phone-records collection program and replace it with a more restrictive effort to keep the records in phone companies' hands.

Cruz insisted the new law gives the government more access to cellphones and other technology terrorists are more likely to use — a contention Rubio disputed.

Beginning after the Sept. 11, 2001, terror attacks, the NSA secretly collected the daily calling records - but not contents of conversations - for most Americans, including people never suspected of any crime.

A new law, called the USA Freedom Act, passed in June with broad, bipartisan support. It ordered the NSA to end bulk collection after a six-month transition that expired last week.

Cruz and Rubio have been sparring from afar over national security for weeks. The Texas senator is on the rise, particularly in Iowa's kickoff caucuses, where he's challenging Trump's months-long lead.

The senators — both Cuban-Americans in their 40s — also displayed differences in their strategies for targeting the Islamic State. The extremist group claimed responsibility for the Nov. 13 attacks in Paris, and one of the shooters in California pledged allegiance to the group on Facebook shortly before she and her husband shot and killed 14 people at a holiday party.

Cruz called for using "overwhelming air power" to destroy the Islamic State, while Rubio said airstrikes would have to be supplemented by ground troops, including American special operations forces.

President Barack Obama has largely relied on airstrikes to target the militants in Iraq and Syria. However, he's also sent troops to Iraq to help train and assist local forces and recently approved sending special operations forces into Syria.