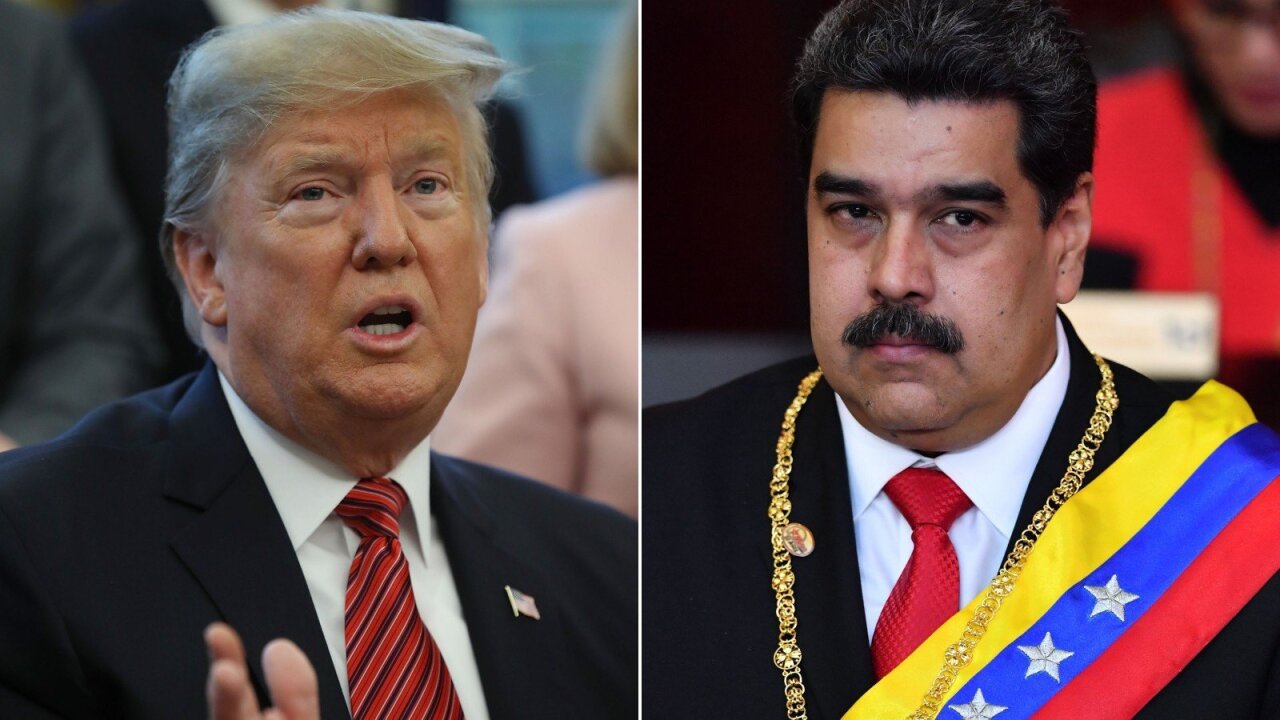 Getty Images/Getty Images
Trump's latest appeal will come during a speech Monday in Miami where Trump will seek to ramp up the public pressure on the regime of Venezuelan President Nicolas Maduro, following a series of US-led sanctions and diplomatic maneuvers aimed at ousting Maduro.

MIAMI — Four people familiar with the case say the Trump administration announced indictments against Venezuelan leader Nicolas Maduro and members of his inner circle for effectively converting Venezuela into a criminal enterprise at the service of drug traffickers and terrorist groups.

The sweeping action is bound to ratchet up tensions between Washington and Caracas as the spread of the coronavirus threatens to collapse a health system and oil-dependent economy driven deep into the ground by years of corruption and U.S. sanctions.

According to Barr, the Maduro regime is supporting an arm of FARC — the Revolutionary Armed Forces of Colombia — that is controlling drug trade in Venezuela. For years, FARC was in open conflict with the Colombian government before reaching a peace agreement in 2017.

The Justice Department claims that Maduro is supporting drug trade routes through Central America and the Caribbean.

The Justice Department says that Maduro has been working with the FARC for 20 years.