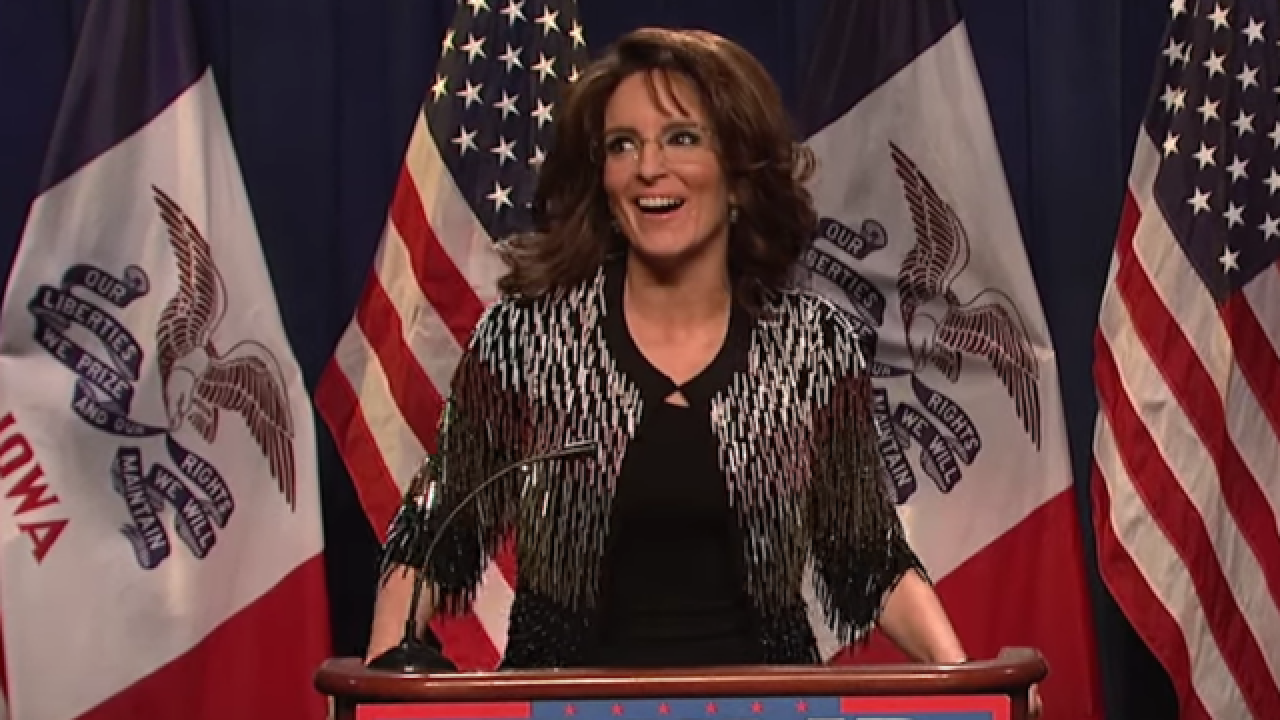 NEW YORK (AP) — Tina Fey returned to "Saturday Night Live" to reprise her impression of Sarah Palin and give a rambling, sometimes-rhyming endorsement to Donald Trump.

The sketch kicked off the cold open to "SNL" on Saturday, with Fey and Darrell Hammond skewering the former Alaska governor's endorsement speech in Iowa on Tuesday. As Palin, Fey said she had come to Iowa to break from "my full-time career of writing things on Facebook."

In the sketch, an award was given to "all the white guys" in predominantly black films modeled after "Creed," ''Compton" and "Beasts of No Nation." The roles were barely cameos, like: "White Man With Camera" and "Unseen Voice On Phone."

"Saturday Night Live," however, has also been much-criticized in the past about its own diversity. Following an uproar in 2013, it added Sasheer Zamata, Leslie Jones and writer LaKendra Tookes.