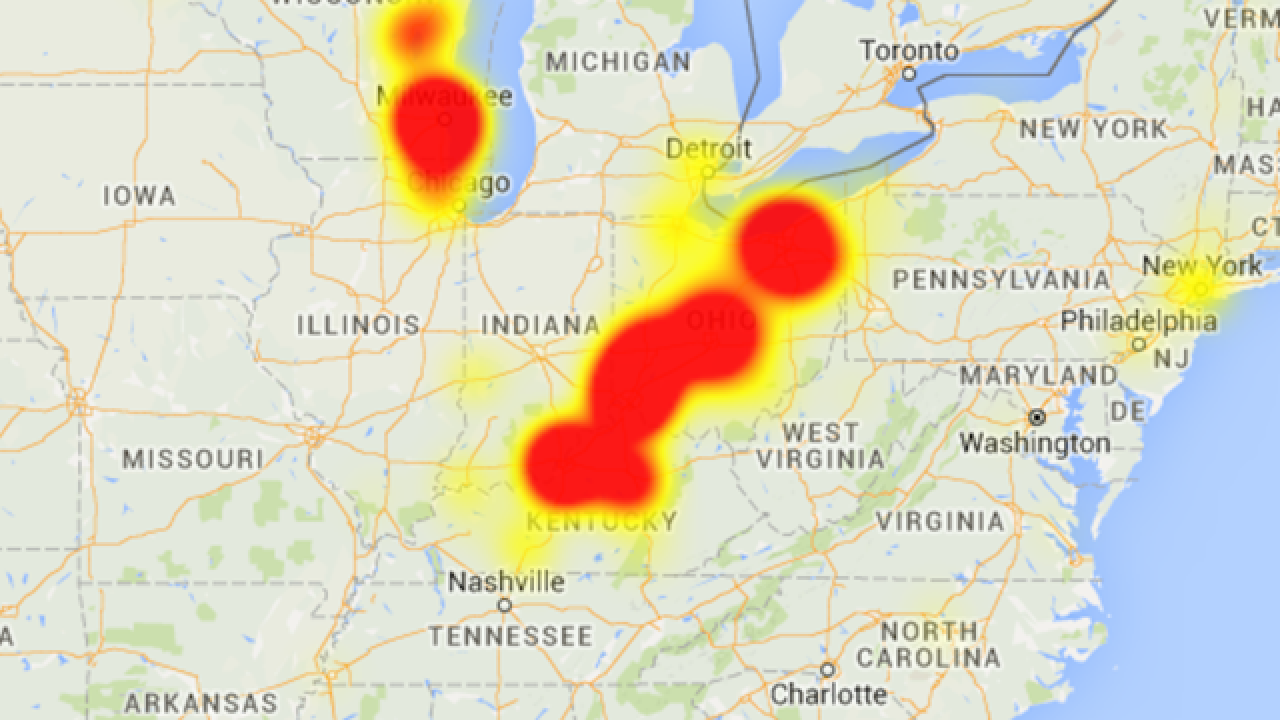 According to the Time Warner Cable outage map , the majority of issues were reported in Ohio and northern Kentucky. Users between Milwaukee and Chicago also experienced problems.

Time Warner acknowledged the outages on Twitter, and said they "were working to resolve it as quickly as they could."

Midwest customers, we are aware of issues affecting internet connection. We are working to resolve it as quickly as we can. ^TK

Ohio, Wisconsin, and Kentucky customers, we are continuing to work to resolve the internet issues in your area. Thank you.

We are working to resolve the internet issues in the Midwest as quickly as we can. Thank you for your patience. ^TK

The cause of the outage was not immediately known.