The week ahead: Remembering 'The Greatest' 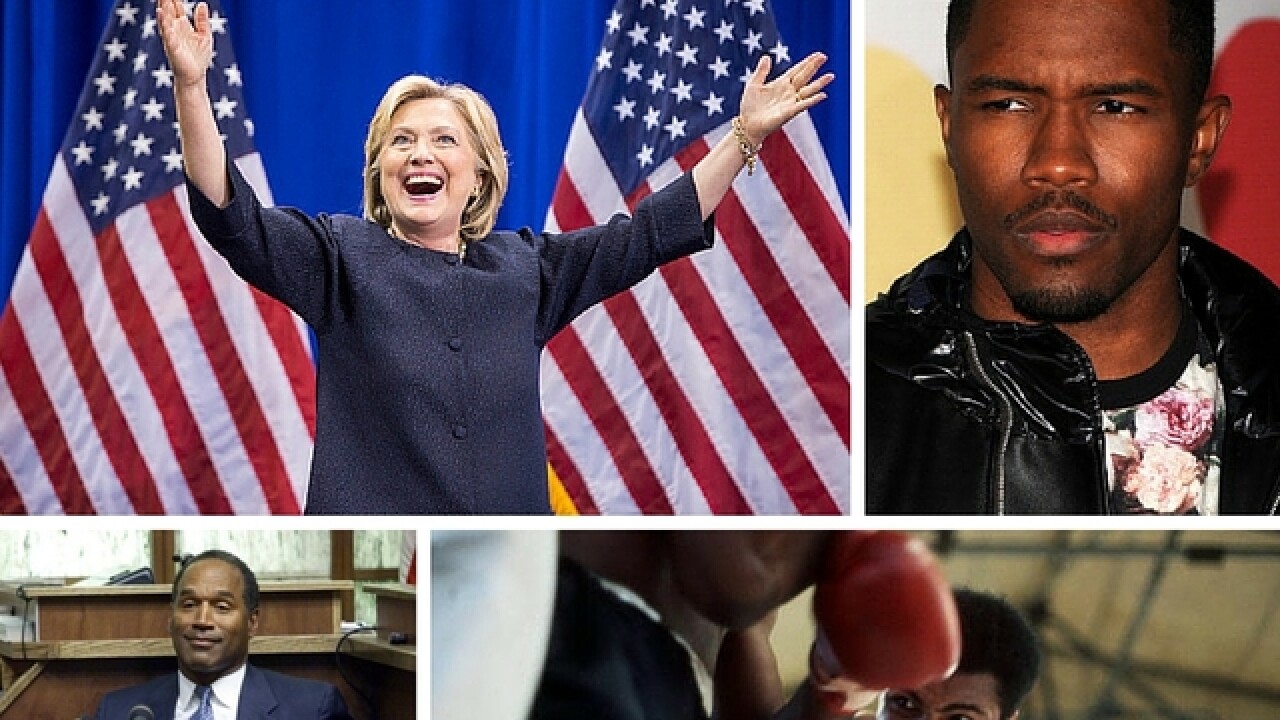 Tributes and obituaries have continues to flood airwaves since Muhammad Ali passed away on Friday. Politicians, athletes, entertainers and world leaders have publicly grieved the loss of the boxing legend and civil rights activist.

It will all continue through the week, and will be capped off at a public funeral procession and remembrance ceremony in his hometown of Louisville, Kentucky on Friday.

POLITICS
Hillary Clinton has been on the doorstep of the Democratic nomination for president for weeks, and on Tuesday she is expected to finally declare victory in her party’s race. When combining superdelegates, Clinton is just 60 delegates shy of clinching the nomination, and hundreds are at stake when California, New Jersey, Montana, New Mexico, North Dakota and South Dakota vote on Tuesday.

But Vermont Senator Bernie Sanders isn’t backing down. He still plans to take his campaign to July’s convention, arguing that he can still win over crucial superdelegates and steal the nomination.

SPORTS
NBA Finals
The Golden State Warriors cruised to an easy win in Game 1 of the NBA Finals on Thursday, beating the Cleveland Cavaliers 104-89. But it didn’t come without some controversy.

Late in the second half, Cavalier guard Matthew Dellavedova — once voted the “dirtiest player in the league” — appeared to take a groin shot at the Warriors’ Andre Iguodola.

Could the below-the-belt shots continue throughout the Finals? After all, the Warriors’ Draymond Green has been accused of taking groin shots earlier in the playoffs.

Game 2 is scheduled to take place on Sunday, while Game 3 and Game 4 will be played on Wednesday and Friday.

Stanley Cup Finals
The Pittsburgh Penguins seemed to be well on their way to a third Stanley Cup … that is, until the Sharks’ Joonas Donskoi gave San Jose a big Game 3 win with an overtime goal on Saturday. After dropping heart-breakers in Game 1 and 2, the Sharks finally have a foothold with some momentum that could completely shift the series.

MOVIES
Now You See Me 2
Woody Harrelson and Jesse Eisenberg return for a sequel of the 2013 magician thriller. However, this edition will have an extra boost of magic, as Harry Potter’s Daniel Radcliffe joins the cast.

One of the creepiest films of 2013 gets a sequel. Starring Fargo’s’ Patrick Wilson, The Conjuring 2 debuts this Friday.

TV
OJ: Made in America
Couldn’t get enough of FX’s breakout series “The People v. OJ Simpson?” Then you’re in luck.

ESPN documentary series 30 for 30 will highlight the Simpson trial with a five-part series “O.J.: Made in America” on Saturday. The series highlighted part of Simpson’s story in a 2010 documentary “June 17th, 1994,” but this documentary (directed by Ezra Edelman) will be a deep dive into the case. Did the FX series embellish some elements of the story? Compare and contrast for yourself.

MUSIC
Fitz and the Tantrums and Nick Jonas are both slated to release new albums this week, but the biggest news in the music world might just be about an album that may never see the light of day.

R&B crooner Frank Ocean received critical acclaim and an “Album of the Year” nomination for his 2012 album Channel Orange. He’s been curiously quiet since it’s release, but that hasn’t stopped swirling rumors of his next project’s release.

The floodgates opened last Friday, when Tweets began popping up indicating that Ocean would release a new album in June 3. Alas, nothing came of the rumors.

Will this finally be the week that Frank Ocean finally blesses the world with new tunes? We’ll just have to wait and see.