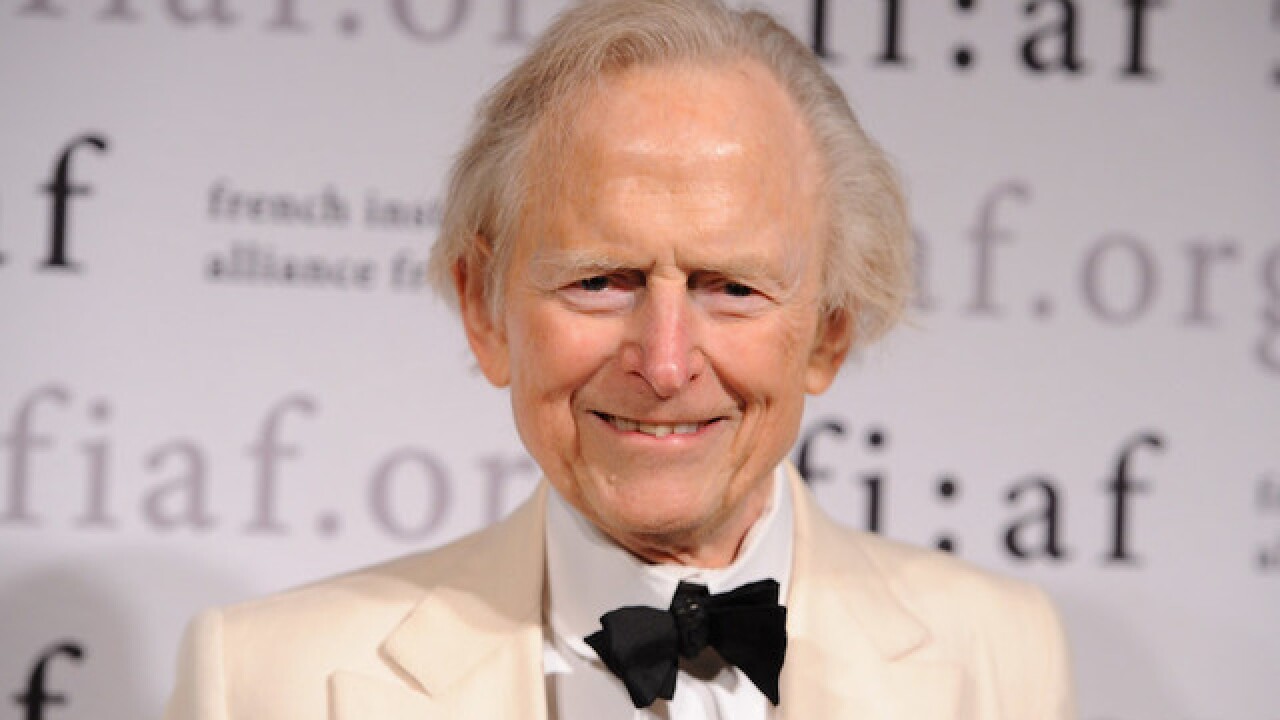 Tom Wolfe, the innovative journalist and author who wrote such best-selling masterpieces as "The Bonfire of the Vanities" and "The Right Stuff" has passed away.

Wolfe, 88, had been hospitalized with an infection and died Monday, according to his agent Lynn Nesbit.

Wolfe started as a reporter at the Springfield (Massachusetts) Union before moving onto the Washington Post. He moved to New York in 1962 to join the New York Herald-Tribune and remained in the city for the rest of his life.

He was known as a pioneer of a literary style in nonfiction that became known as New Journalism. It was a long-form of writing in which writers deeply immersed themselves in the subject they were writing about. The style relied on rich and detailed description that evoked a more literary style of prose than found in typical non-fiction works.

He became a leader in the field. Wolfe edited a volume of work by himself and other prominent writers of the era, including Truman Capote, Joan Didion, Hunter S. Thompson, Norman Mailer, George Plimpton, titled "The New Journalism."

By then he had already published a number of ground-breaking books of his own, including "The Electric Kool-Aid Acid Test," in which Wolfe provided a psychedelic chronicle of Ken Kesey and the Merry Pranksters as they experimented with LSD. He went on to write "The Right Stuff" about the Mercury space program.

He then moved onto his first work of fiction, "The Bonfire of the Vanities" a seminal tale of 1980s New York involving the a Wall Street banker, a Bronx high school student, and a tabloid reporter. He wrote the work as a series of stories written on deadline every two weeks for Rolling Stone in 1984 and 1985. It was later published in book form in 1987.

Wolfe became a major figure in the New York social scene, identified with his distinct personal style -- typified by a white, 3-piece suit. He was born and raised in Richmond, Virginia, and went to college at Washington and Lee University and received his PhD from Yale.

Correction: an earlier version of this article reported the wrong age for Wolfe.