The reason the month of June was chosen for Pride Month 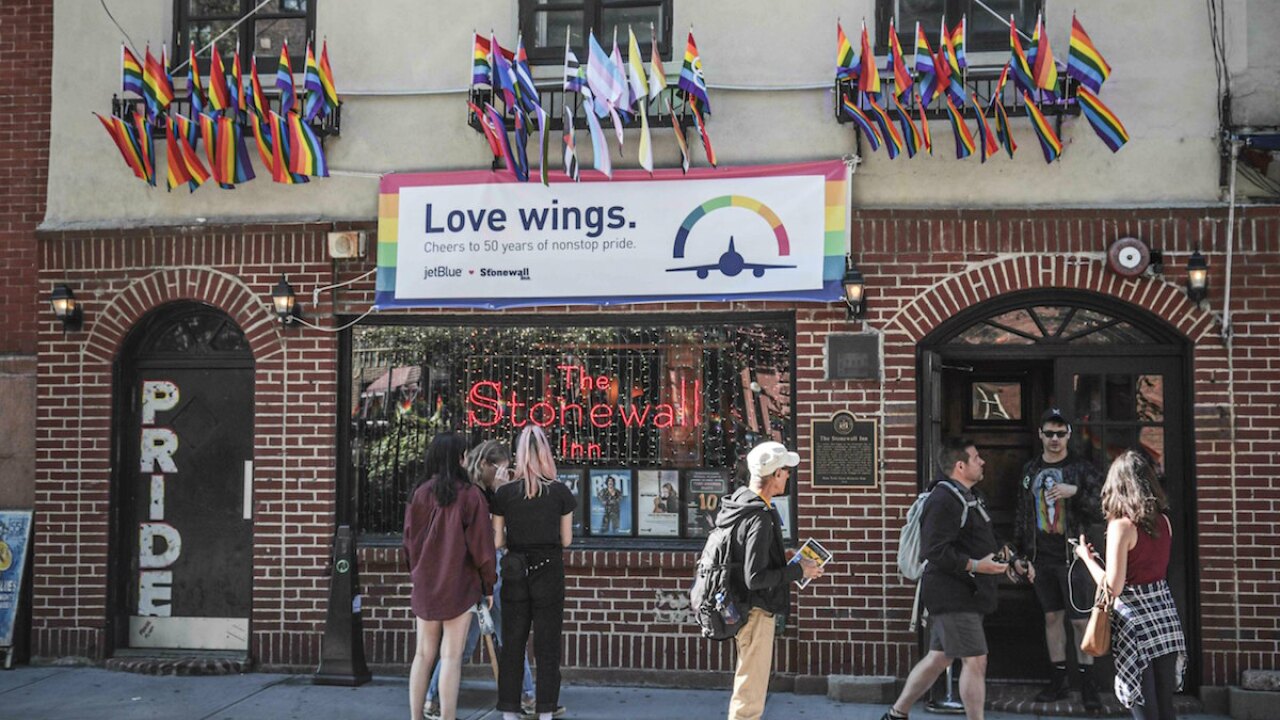 Copyright 2019 The Associated Press. All rights reserved.
Bebeto Matthews/AP
In this Monday, June 3, 2019, photo, pride flags and pride colors display on the Stonewall Inn bar, marking the site of 1969 riots that followed a police raid of the bar's gay patrons, in New York. Some of the coverage of rioting was itself a source of the fury that led Stonewall to become a synonym for the fight for gay rights.(AP Photo/Bebeto Matthews)

The reason the month of June was chosen for Pride Month has to do with commemorating the riots near the Stonewall Inn bar in New York City.

On June 28, 1969, New York police officers raided the bar, which was located on Christopher Street because it was unlicensed, and they were ordered to stop illegal alcohol sales, according to The Associated Press.

According to Baruch College , N.Y. State Liquor Authority often refused to give liquor licenses to bars that catered to gay customers.

According to The AP, people fought with officers, and objects were thrown.

A New York Times article, posted on Columbia University's website, said about 200 men were thrown out from the bar.

The riots ended on July 3.

Not long after the raid, the original bar closed. The current Stonewall Inn opened in the early 90s, the AP reported.

CNN said the Pride name is created to activist Brenda Howard, who organized the very first Pride parade. She did it to mark the one-year anniversary of the uprising, CNN reported.