Teen who got vaccinated despite parents’ wishes speaks before Congress

Teen who got vaccinated despite parents’ wishes speaks before Congress 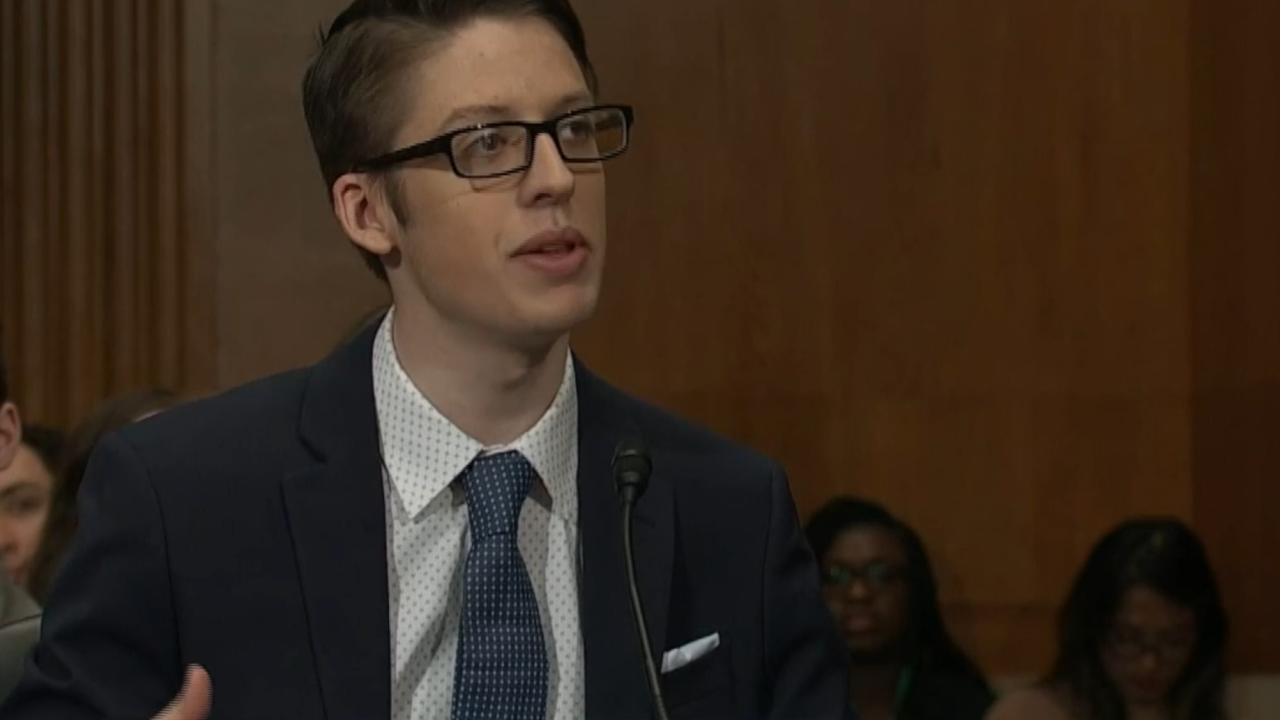 t was a rare disagreement between a teenager and his mother that was shared in front of Congress and the public in a hearing Tuesday.

“With my mother, it wasn't she didn't have the information, she was manipulated into believing it,” high school senior Ethan Lindenberger said in the hearing.

Lindenberger told senators how he grew up believing vaccines were harmful and how his mother would not allow him to get vaccinated.

“As I approached high school and began to critically think for myself, I saw the information in defense of vaccines outweighed the concerns heavily,” he said.

When Lindenberger turned 18 a few months ago, he defied his mother and got vaccinated.

A U.S. Senate committee invited him to share his story during a hearing that discussed what's driving outbreaks in parts of the country, mostly blaming it on those who don't get vaccinated.

Doctors and Congress spent the hearing talking about the importance of vaccines, especially among children.

An overwhelming majority of parents vaccinate their children. However, polls have shown public support of vaccine has fallen and according to the CDC, the number of children under 2 who have not received any vaccinations has quadrupled in the past 17 years.

“I used to work in the pharmaceutical industry. This is why I question vaccines,” says mother Brandy Vaughn, who has chosen not to vaccinate her son.

Vaughn criticized Tuesday’s hearing, saying those who question vaccines did not get a seat at the table.

“We tried to put them on the witness list, and there's no room for anyone that has anything negative to say about vaccines. Yet, an 18-year-old teenager, without absolutely no background in any kind of science or vaccines, can testify in the hearing? It's outrageous,” Vaughn says.

Doctors today blamed social media, in part, for spreading false information about vaccines and encouraged concerned parents to turn to pediatricians, not the internet.