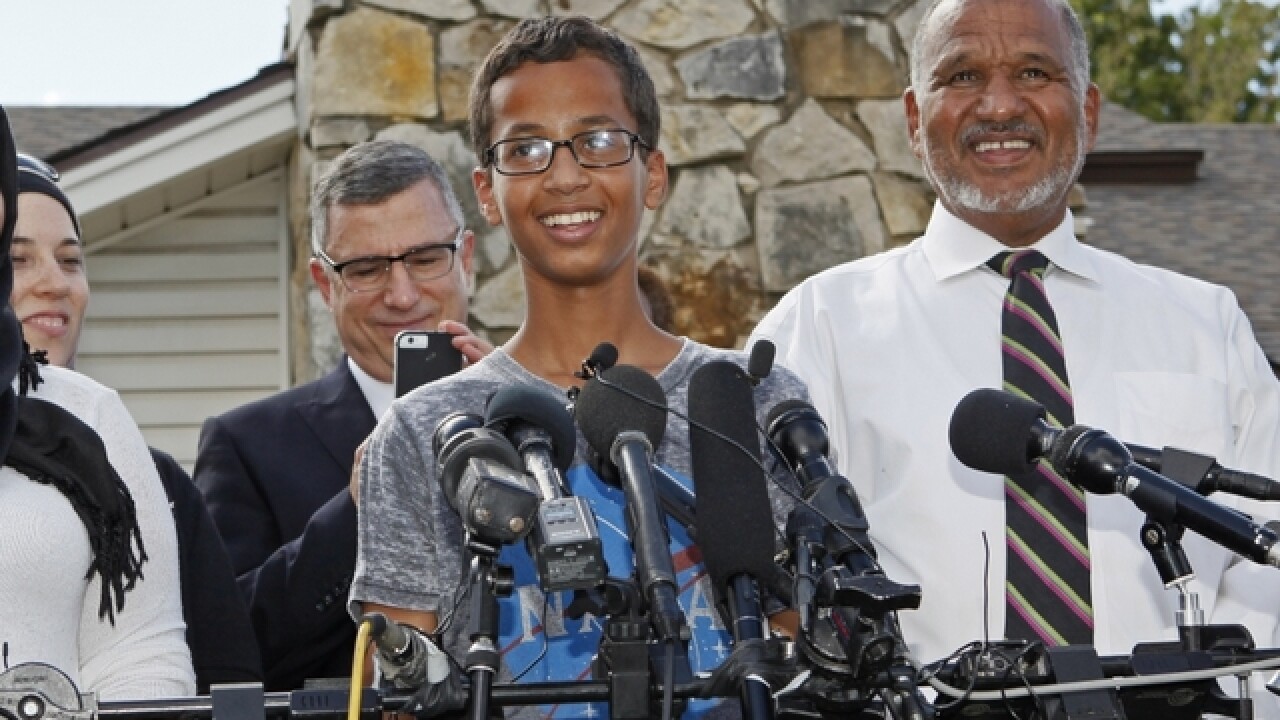 IRVING, Texas (AP) — Attorneys for a 14-year-old Muslim boy arrested after the homemade clock he took to his Dallas-area school was mistaken for a possible bomb said Monday he was publicly mistreated and deserves $15 million.

Ahmed took his clock to school in September, and an educator thought it could be a bomb. Ahmed was arrested but never charged. He was suspended from school.

"What has happened to this family is inexcusable," Kelly Hollingsworth, an attorney for Ahmed and his family, said in an email. "As indicated in the letters, the long term effects on Ahmed are incalculable."

Meribeth Sloan, a spokeswoman for Irving said the city is reviewing its letter and has no comment. The district didn't immediately return a message Monday.

The family accepted a foundation's offer to pay for Ahmed's education in Qatar and moved to the Persian Gulf country. He had visited Qatar during a whirlwind several weeks following the incident that even included a stop at the White House.

Hollingsworth said Ahmed and his younger siblings have found schools in Qatar, but his older sisters, who are 17 and 18, have not.

"Ahmed is very gratified by all of the support that he has received, but just like his siblings and his parents, he misses Texas. It is his home," Hollingsworth said.