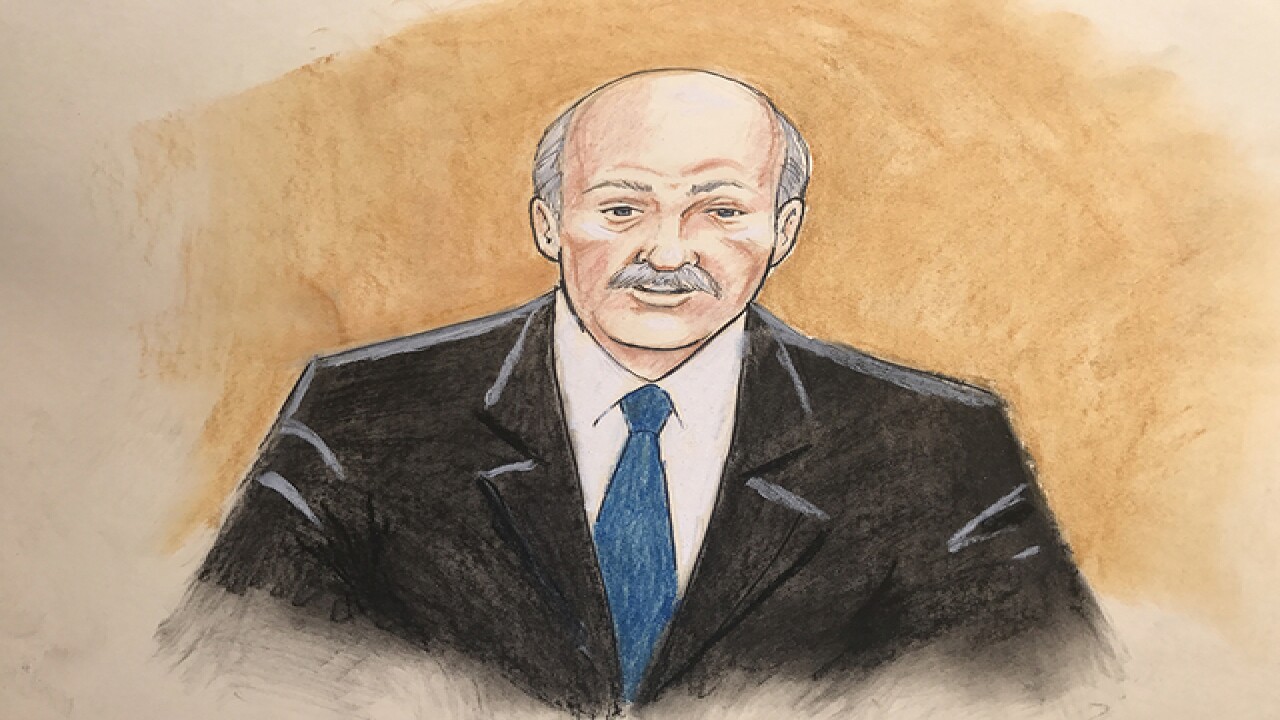 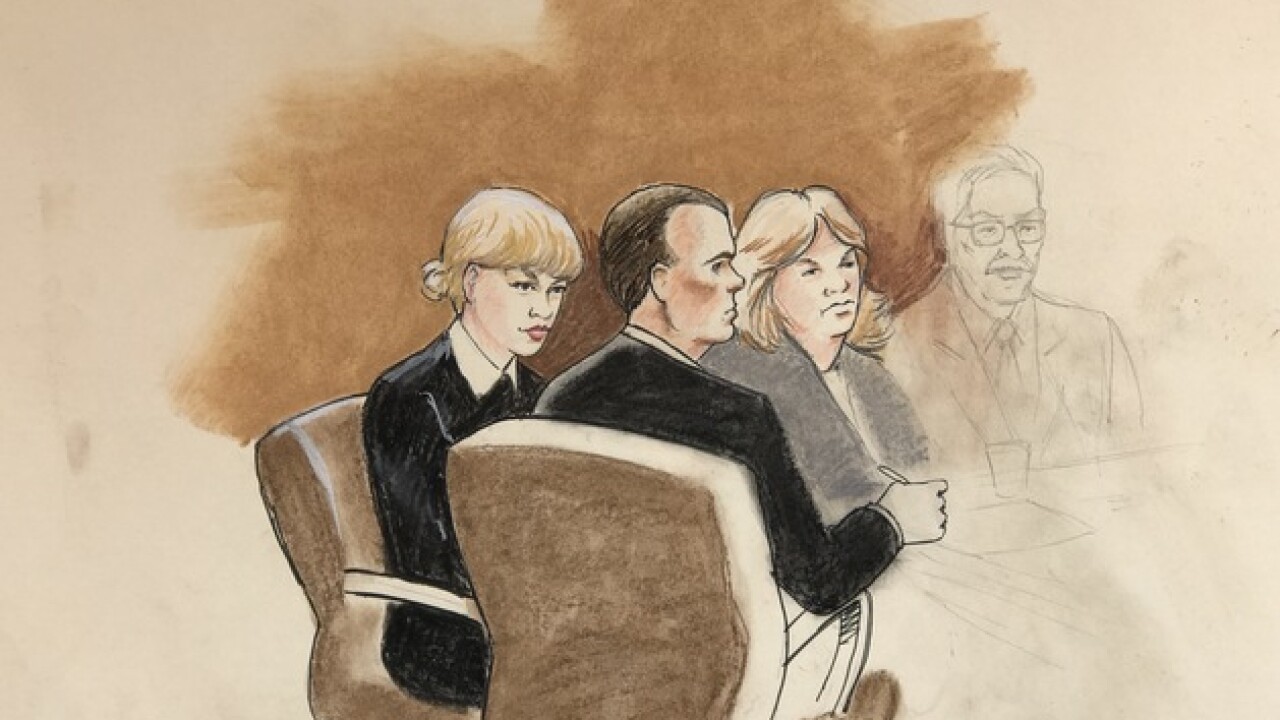 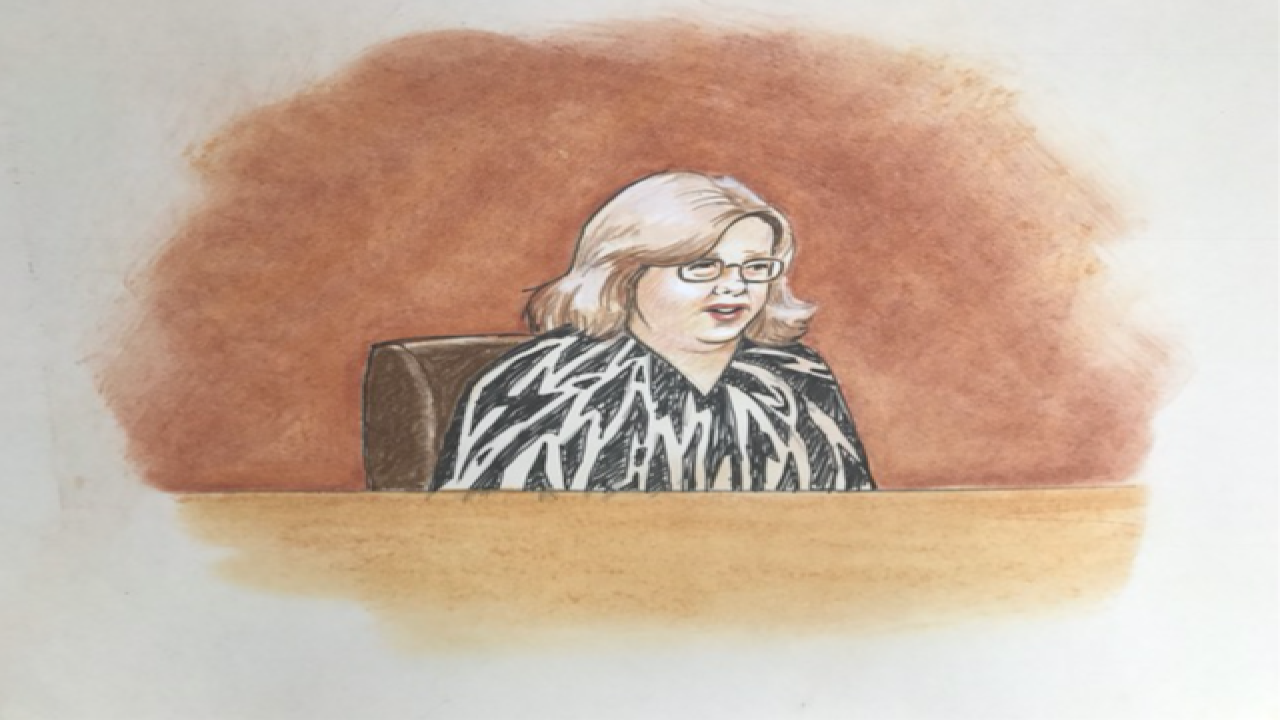 DENVER – Taylor Swift’s mother was called to the stand Wednesday to testify in her daughter’s trial involving a former Denver radio DJ accused of groping her, and said the alleged incident has caused trust issues that have led to restrictions in the pop singer’s interactions with fans.

View all the courtroom sketches in the case here

But even Mueller’s second day of facing questions was delayed, as Day 3 of the trial began with an hour-long closed conference with attorneys from both sides.

Once the questioning got underway shortly after 10 a.m., Mueller again went over the arm “jostling” that he and Swift went through while trying to take the photo.

Baldridge continued to push Mueller, saying that none of this would have ever become public had Mueller not filed the lawsuit originally or told around three-dozen of his friends and colleagues about the incident.

Baldridge got Mueller to confirm that he’d had contracts of his ended for different reasons in Minneapolis and Kansas City, and also got him to confirm that he’d only looked for jobs since his firing in top-20 radio markets—effectively trying to convince the jury that it was Mueller’s own fault he had lost wages and hadn’t gotten a job after he was fired from his job at Denver’s KYGO.

After both attorneys finished their examinations of Mueller, McFarland called Swift’s mother, Andrea Swift, to the stand.

She said she never saw her daughter being touched, but said Taylor told her that directly in a private moment between the two before her June 2, 2013 concert at the Pepsi Center.

“I came into the dressing room and could see something was wrong,” Andrea said.

She said that Taylor told her “some guy” had “grabbed her ass,” which made Andrea upset, she said.

“I was upset to the extent of feeling like I wanted to vomit and cry at the same time,” she said.

She then went on to discuss how she informed the rest of the management team, including her daughter’s “radio guy,” Frank Bell.

She says she, Bell and other decided “as a group” that it was “important for [Mueller’s] employers to understand what took place, and important that this not happen to another woman.”

Mueller’s attorney asked her why they didn’t contact police if a sexual assault had been committed, to which she, as did Bell later in the day, said they were trying to keep it quiet.

“This had never happened before. It was inconceivable to us how this took place and where it took place. It was shocking,” Andrea Swift said. “We didn’t know what to do. Everything came up.”

“I did not want this event to define her life,” she said. “I did not want every interview from that moment on to have to make her talk about what happened to her. I did not want her to have to life through the endless memes and gifs that tabloid media and internet trolls decided to come up with—doctoring the pictures…and making her relive this awful moment over and over again. We absolutely wanted to keep this private, but we didn’t want this to happen to anyone else.”

Andrea also said that her daughter was traumatized by what had happened—especially the fact that she had thanked Mueller when he and his girlfriend left the photo booth.

“One of the things that stuck with me was that she couldn’t believe that she—after the incident, after he grabbed her—that she thanked them for being there,” she said, starting to cry. “She said thank you. And it was just destroying her that she said that after somebody did that to her. As a parent, it makes me question why I taught her to be so polite—in that moment.”

Taylor Swift dabbed her eyes as her mother cried on the stand.

Andrea went on to talk about the extensive changes the Swift team has made in response to the incident.

She said in the past, Taylor would go out into the crowd and interact with her fans, and said that out of all those times, no one had ever touched her inappropriately.

But she said after the alleged groping, that doesn’t happen anymore.

“It’s absolutely shattered our trust,” Andrea said, adding that the meet-and-greets in which the alleged touching happened don’t take place as often anymore, and now have tighter security.

She also said that Eddie Haskell, whom Mueller has claimed was the person who actually grabbed Swift, would never do such a thing.

And she detailed how the allegation made it to KYGO in the first place, telling Bell to talk to Bob Call, his friend and the GM at KYGO. But she said the decision was made by “a group” of people.

She also maintained there was “no doubt” that Mueller was the person who’d touched her daughter, and said she believed Taylor’s skirt was indeed ruffled in the photo of her and Mueller.

After another short afternoon break, McFarland called Bell to the stand.

He told the court that Swift’s staffers in the photo booth had contacted him after Swift mentioned that “some guy” had grabbed her bottom.

He said Swift told him she was “pretty sure he was a radio guy” because they’d talked about KYGO, but Swift didn’t recognize him from any prior meetings.

Bell testified he was “shocked,” “horrified,” and “appalled” at Mueller’s alleged behavior.

Later on, after Mueller was kicked out of the concert after he was accosted by security, Bell says he went to talk with Andrea Swift and Robert Allen.

Bell said that Andrea asked him to communicate with KYGO “as soon as possible.”

“She wanted me to inform the station of what had happened…She wanted to make sure that Mr. Mueller was fired, was no longer working there,” Bell said.

Bell said Eddie Haskell, Mueller’s supervisor, spoke with him on the night of the incident, and that Haskell also called Call that night.

Bell said that the next morning, he talked to Call as well, the GM at KYGO, whom he’d known for years.

“We had an incident at the concert last night,” Bell says he told Call. “And he said, ‘Yes, Eddie told me.’ I reiterated the details of what happened,” Bell says.

“You told call that Mueller had inappropriately touched Swift, had grabbed her butt,” McFarland asked him.

Bell says he told Call he was greatly disappointed that the incident had happened, and that it had allegedly been done by someone at KYGO.

“In my mind, the only thing I was asking Call to do is investigate what happened and to take the appropriate action,” Bell said.

“We were very concerned about photograph getting out there,” Bell added, saying the photo leaking would be “embarrassing” and “humiliating.”

“We didn’t want that photograph following her around for the rest of her career,” he said.

He says in his mind, that could have meant three things: A reassignment for Mueller, a possible suspension, or possible termination. But he says he simply wanted an investigation, and for them not to “do nothing.”

“I didn’t feel like it was my place to tell Mr. Call or Lincoln Financial Media how to treat their employee,” Bell said.

The first was an email from Bell to call, with the photo of Swift and Mueller attached, in which Bell wrote: “Just for the record please take care that this photo is not displayed publicly or displayed through any other type of media.”

The second email was from Call back to Bell, reassuring him the photo would be kept secret.

“You have my word, Frank. We are simply using it to further our internal investigation,” Call responded.

But he said he wasn’t surprised Mueller was fired in the end. McFarland declined to re-cross Bell, and Judge Martinez wrapped court for the day.

It will be back in session Thursday at 8:45 a.m., though it’s unclear who will take the stand first.

Take a look back at our live blog from Day 3, and read our story from Tuesday for further insight into the case.