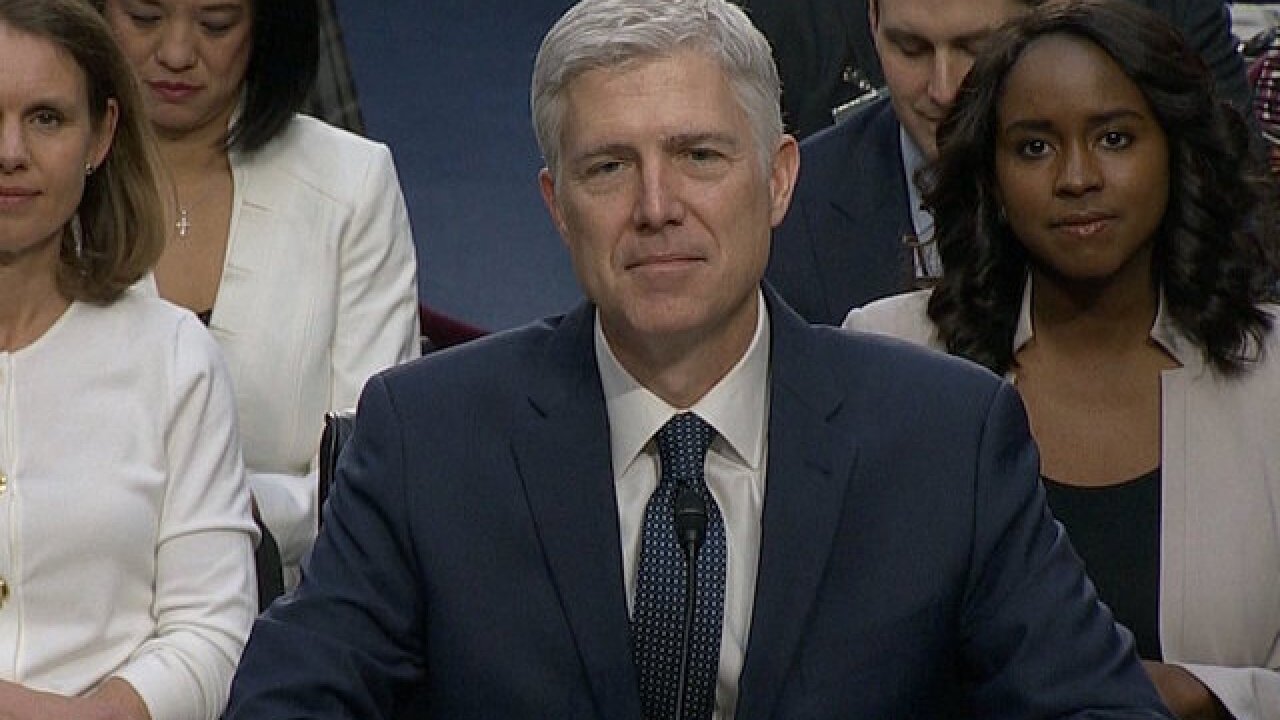 In a victory for employers and the Trump administration, the Supreme Court on Monday said that employers could block employees from banding together as a class to fight legal disputes in employment arbitration agreements.

Justice Neil Gorsuch delivered the opinion for the 5-4 majority, his first major opinion since joining the court last spring and a demonstration of how the Senate Republicans' move to keep liberal nominee Merrick Garland from being confirmed in 2016 has helped cement a conservative court.

"This is the Justice Gorsuch that I think most everyone expected," said Steve Vladeck, CNN contributor and professor of law at the University of Texas School of Law. "Not only is he endorsing the conservative justices' controversial approach to arbitration clauses, but he's taking it an important step further by extending that reasoning to employment agreements, as well."

"The court today holds enforceable these arm-twisted, take-it-or-leave-it contracts -- including the provisions requiring employees to litigate wage and hours claims only one-by-one. Federal labor law does not countenance such isolation of employees," she said.

In the majority opinion, Gorsuch maintained the "decision does nothing to override" what Congress has done.

"Congress has instructed that arbitration agreements like those before us must be enforced as written," he said.

As the dissent recognizes, the legislative policy embodied in the (National Labor Relations Act) is aimed at 'safeguard[ing], first and foremost, workers' rights to join unions and to engage in collective bargaining," he wrote. "Those rights stand every bit as strong today as they did yesterday."

Gorusch, responding to Ginsburg's claim that the court's decision would resurrect so-called "yellow dog" contracts which barred an employee from joining a union, said that "like most apocalyptic warnings, this one proves a false alarm."

The case was the biggest business case of the term, and represented a clash between employers who prefer to handle disputes through arbitration against employees who want to be able to band together to bring their challenges and not be required to sign class action bans.

It also pitted two federal laws against each other.

One, the National Labor Relations Act (NLRA), gives employees the right to self organization to "engage in concerted activities for the purpose of mutual aid or protection" the other, the 1925 Federal Arbitration Act (FAA) allows employers to "settle by arbitration."

Lawyers for employers, who have long backed arbitration as a means of resolving disputes, argued that class action waivers are permissible under the 1925 law. They say the NLRA does not contain a congressional command precluding enforcement of the waivers.

"Today's ruling is a major blow for the rights of employees, who almost never have enough of an interest, by themselves, to take the time and resources to litigate claims against their employers -- especially claims concerning underpayment of wages," Vladeck said.

The court has approved some collective action bans in consumer contracts, and employers hoped for the same fate when it comes to employer contracts.

One of the three consolidated cases before the court concerned a grievance claim brought by an employee of a healthcare software company called Epic Systems Corporation. The employee, Jacob Lewis, sought to sue Epic in federal court on behalf of a group of employees who claimed the company had denied them overtime pay. Epic sought to dismiss the complaint arguing that Lewis had waived his right to pursue joint legal claims.

Neal Katyal, a lawyer for Epic, argued in court papers," like other contracts, employment contracts may require that arbitration be conducted on an individual basis." Lawyers for the employees, on the other hand, said the NLRA precludes such waivers.

Workers don't like the waivers because it's much more expensive -- and at times intimidating -- to bring individual claims.

The employees have the support of the National Labor Relations Board, an independent federal agency that protects the rights of private sector employees to join together to improve working conditions.

At oral arguments, the justices seemed closely divided along ideological lines. Justice Stephen Breyer worried that if the employers were to prevail they would be "overturning labor law that goes back to, for FDR at least, the entire heart of the New Deal."

At one point, Chief Justice John Roberts asked Ortiz, a lawyer for the workers, whether a decision in his favor would "invalidate agreements covering 25 million employees"

Ortiz said it would.