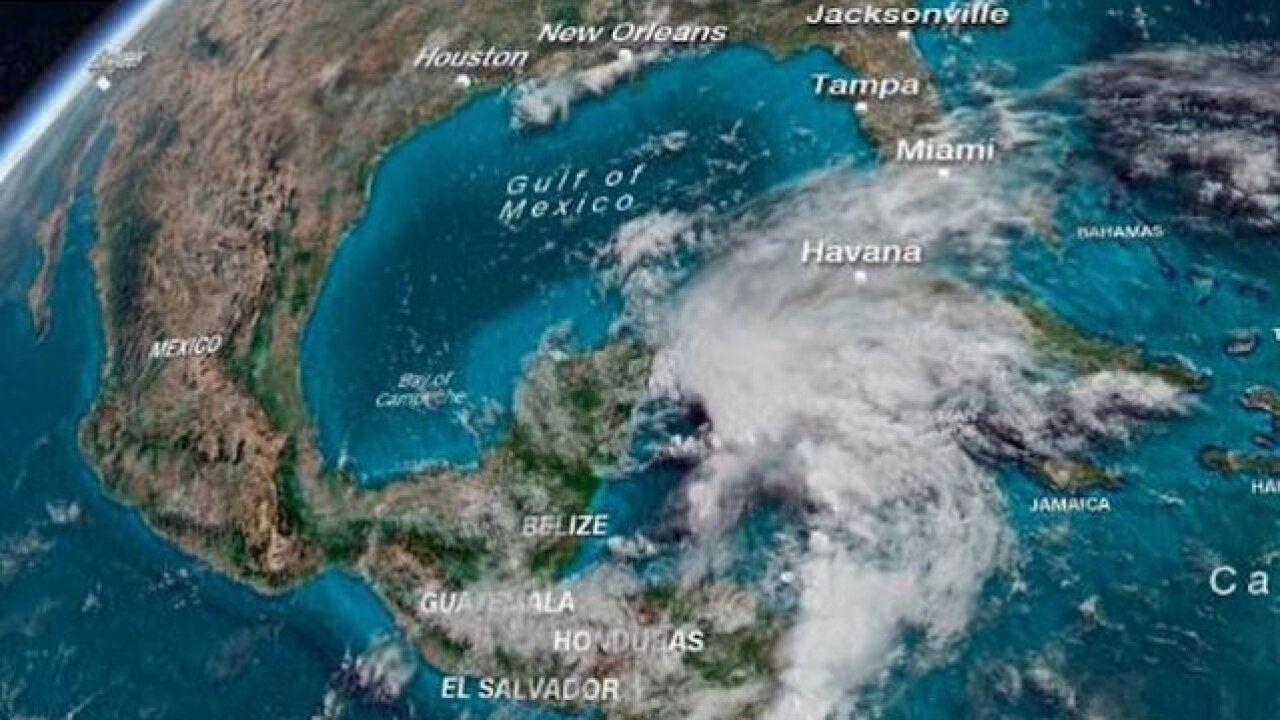 © 2018 Cable News Network, Inc.
CNN
<p>Alberto is likely to make landfall Monday between New Orleans and Destin, Florida, before moving into Mississippi and Alabama by Tuesday.</p>

Memorial Day marks the unofficial start of summer, and this year, it looks like it might also bring an early start to the 2018 hurricane season.

Although hurricane season doesn't begin until June 1, a tropical system off the Yucatan Peninsula has become Subtropical Storm Alberto as of Friday morning, according to the National Hurricane Center.

For holiday beachgoers flocking to the US Gulf Coast looking for their first taste of summer sun, Alberto is making the forecast look pretty grim.

The threats associated with subtropical and tropical storms are largely the same: heavy rainfall, gusty winds and rough surf.

Given that Alberto has a couple of days to traverse warm waters in the Gulf of Mexico, it could become fully tropical.

Forecast models, which were showing very different possible scenarios earlier in the week, are now in agreement in bringing the storm north into the Gulf Coast by the latter half of the three-day weekend.

A hurricane hunter aircraft is scheduled to fly through the system Friday to provide more information on the structure, according to the National Hurricane Center.

What to expect with Alberto

A tropical storm watch, which means tropical storm conditions are possible within the watch area within 48 hours, could be issued for parts of the central and eastern US Gulf Coast today or tonight.

Conditions along the coast from Florida to Louisiana will begin to deteriorate on Saturday afternoon as the system builds over the central Gulf.

Things will worsen on Sunday as the rain becomes heavier and more frequent and is accompanied by stronger winds of 40 miles per hour or more.

In addition to the tropical-storm-force winds and storm surge along the coastline, beachgoers who brave the conditions will also need to be on high alert for rip currents.

"The threat of rip currents will steadily increase along the Gulf Coast from Florida westward to Louisiana over the Memorial Day weekend," according to the National Hurricane Center.

Alberto is likely to make landfall Monday between New Orleans and Destin, Florida, before moving into Mississippi and Alabama by Tuesday.

The impacts from this storm will not be limited to the coast, however, as it will bring even more tropical moisture into the South from Louisiana to North Carolina, which has been in a wet pattern for several days.

Flash flood watches are posted for portions of Florida, Alabama, Mississippi and Georgia, extending to Atlanta, with rainfall totals expected between 3 and 5 inches through Tuesday.

As we have seen in years past, environmental conditions sometimes allow for development before the hurricane season begins. The last time a tropical cyclone was named Alberto was in 2012; it also formed before the season began, on May 19. It became a tropical storm that meandered off the cast coast of Georgia and South Carolina.

Just last year, we had a named storm -- Tropical Storm Arlene -- east of Bermuda in April.

This early development doesn't necessarily mean we are in for a busy hurricane season. The official National Hurricane Center forecast released Thursday says the season is likely to be near or above normal.