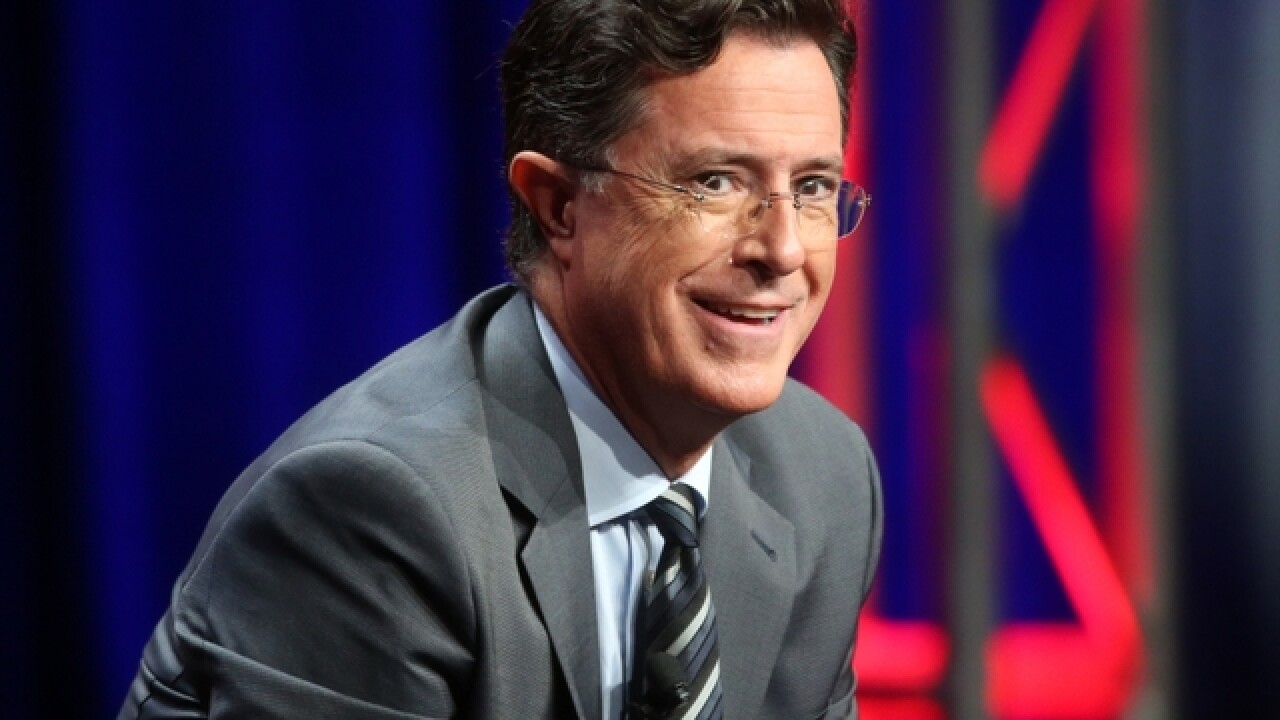 Favale was placed on administrative leave earlier in the day, according to a CBS spokesperson, following a report by CNN in which nine current and former CBS employees accused the executive of using sexual and homophobic language in the workplace. Favale, who served as a programming executive for "The Late Show with Stephen Colbert" until 2017 and currently advises on comedic talent for CBS, denies allegations of retribution and said his comments were taken out of context.

"At the heart of so many of our public discussions right now is the story of powerful men protecting other men in power, and there are a lot of examples of this," Colbert said on Wednesday's show, before referencing CNN's report about Favale.

Related: CBS executive placed on leave following allegations of sexual and homophobic language in the workplace

"An article came out on CNN today about an executive at CBS, who used to be the liaison to this show. And there's only one show on the East Coast, and it was us. He [Favale] basically came with the building when I got this show and used to be around here a lot," Colbert continued. "About six months into the show some of our employees said they were uncomfortable with some things that he said, so we took their complaints to HR. They investigated twice, but I don't really know what, if anything, happened. It seemed like someone was protecting this guy. I don't know who it was. We eventually convinced the network to make a change."

CBS employees who spoke to CNN alleged that Favale talked about having an erection while watching Jennifer Hudson rehearse for a 2015 performance on "The Late Show with Stephen Colbert." Employees said Favale called colleagues and guests "homos" and "gay" and recalled disparaging remarks he would make about women.

Some of the sources, all who spoke on the condition of anonymity, citing non-disclosure agreements or concern over professional retribution, claimed that Favale retaliated after they reported his behavior to human resources.

Favale issued a statement to CNN in response:

"Allegations that I have ever retaliated against anyone in any fashion are 100% false. I have spent my entire career working at comedy shows, where there has always been a wide latitude to make transgressive jokes while preparing the program. While we make a lot of jokes, these jokes attributed to me, whether said in rehearsals or production meetings, are being taken out of context and were not said in the way being presented here."

Favale started his career with CBS in 1996 and served as a senior programming executive for "The Late Show with David Letterman." He also oversaw the CBS syndicated "Howard Stern Radio Show" from 1998 to 2001.

In a statement Wednesday afternoon, CBS called Favale's alleged comments "offensive and not consistent with the standards we expect from our executives."

"The network investigated a complaint for inappropriate language that was received in January 2016, and corrective action was taken," the CBS statement read. "However, since concerned voices are speaking up nearly three years later, additional review is warranted. Mr. Favale has been placed on leave while we look into this situation further."

Colbert closed his remarks on the matter Wednesday with a call for accountability.

"I'm grateful to CNN for writing this article. The press is not the enemy of the people," Colbert said. "This is why you want a free press, this is why you want investigative journalism. It's to make sure that government and companies and people are accountable for their actions."