Ryan: Trump comments 'not who we are' 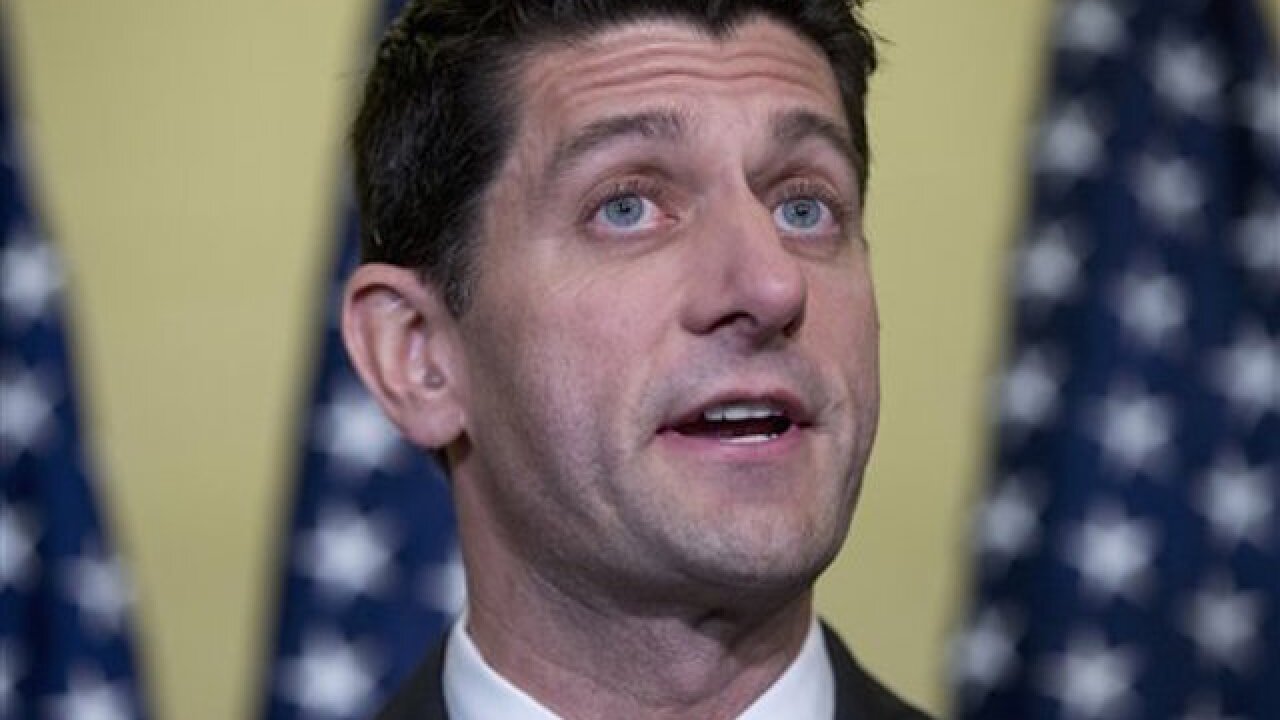 WASHINGTON (AP) — Speaker Paul Ryan on Tuesday dismissed Republican presidential candidate Donald Trump's comments on Muslims, saying such views are "not what this party stands for and more importantly it's not what this country stands for."

Speaking to reporters after a closed-door GOP caucus meeting, Ryan addressed Trump's remarks — without mentioning his name. The speaker said he doesn't normally comment on the presidential race but was making an exception.

"Freedom of religion is a fundamental constitutional principle...This is not conservatism what was proposed yesterday, is not what this party stands for and more importantly it's not what this country stands for," Ryan said.

The Wisconsin Republican said many Muslims served the country and work in Congress. He said the "vast, vast majority of them are peaceful."

Trump on Monday called for a "total and complete shutdown of Muslims entering the United States" in the wake of attacks at home and abroad.

Trump's proposed ban would apply to immigrants and visitors alike.