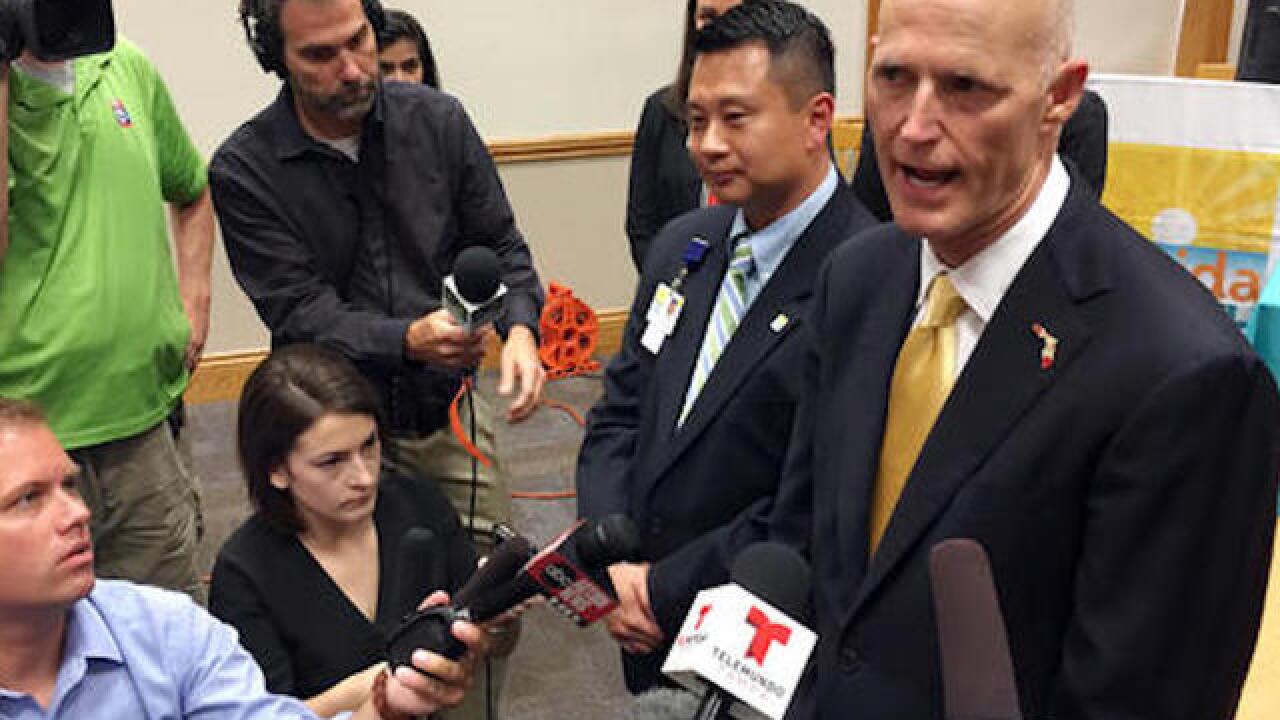 Copyright Associated Press
Tamara Lush
<p>Florida Gov. Rick Scott addresses the media during a round-table discussion about the Zika virus in St. Petersburg, Fla., Monday Aug. 1, 2016. The CDC issued an advisory, Monday, Aug. 1, 2016, that says pregnant women should not travel to the so-called Zika "transmission area" in Florida and pregnant women who live there should take steps to prevent mosquito bites. The advisory comes after 10 new infections of the Zika virus were reported in the same Miami neighborhood likely transmitted by local mosquitoes. (AP Photo/Tamara Lush)</p>

MIAMI (AP) — South Beach has been identified as second site of Zika transmission by mosquitoes on the U.S. mainland, Florida's governor said Friday.

But Gov. Rick Scott said the state does not plan to advise people to stay away from the beaches, nightclubs and pedestrian thoroughfares that form the heart of South Florida's travel industry.

Five cases of Zika have been connected to Miami Beach, bringing the state's caseload to 36 infections not related to travel outside the U.S., Scott said.

"We believe these cases were from mosquitoes," said Florida Department of Health spokeswoman Mara Gambineri in an email to The Associated Press.

The CDC added South Beach to the travel warning, telling pregnant women to avoid the area.

Two patients are Miami-Dade County residents, and three are tourists, including one man and two women, Scott said. The tourists are residents of New York, Texas and Taiwan.

"We believe we have a new area where local transmissions are occurring in Miami Beach," Scott said. He described the area on the narrow island city as just under 1.5 miles between 8th and 28th streets.

Another infection zone was previously identified across a roughly 1-square-mile area encompassing Miami's Wynwood arts district. The U.S. Centers for Disease Control and Prevention has advised pregnant women to avoid the entire neighborhood.

CDC officials did not immediately respond Friday to questions about whether their travel advisory, the agency's first for pregnant women within the continental U.S., would be expanded.

Additional infections outside Wynwood and Miami Beach also are being investigated. Health officials have said one case of Zika does not determine whether an area is declared a site of active transmission.