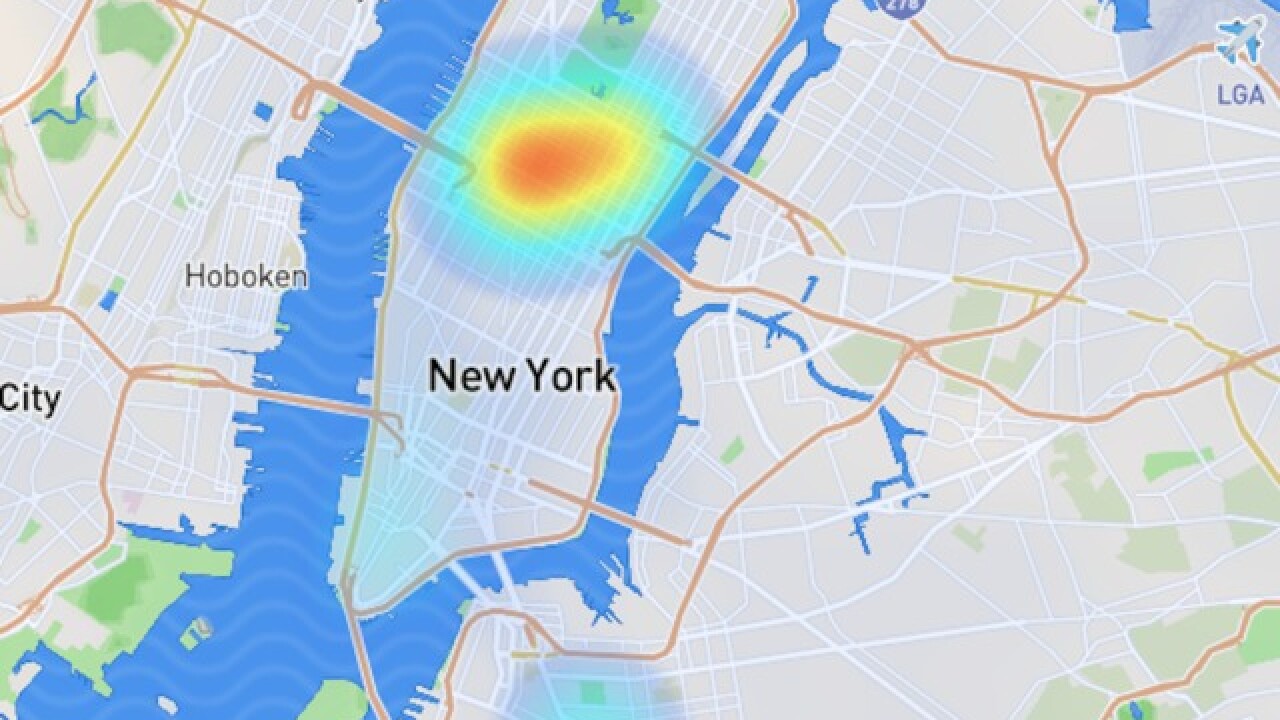 Copyright 2018 Scripps Media, Inc. All rights reserved. This material may not be published, broadcast, rewritten, or redistributed.
<p>(Snapchat)</p>

Snapchat says its mapping technology was "vandalized," early Thursday morning as users noted that New York City had been replaced with an anti-Semitic slur.

On Thursday morning, social media users began reporting that Snapchat's map function displayed New York City as "Jewtropolis." Screenshots from other apps like CitiBike and StreetEasy were also displaying the slur in the place of New York City.

According to Snapchat, the app's "Snap Map" feature relies on third-party mapping technology built by Mapbox. Snapchat says it's "working" to get the issue fixed immediately.

"Snap Maps" allows Snapchat users to see where their friends are in the world via GPS services. Snapchat users have the option to turn the tracking feature off.

Thanks for bringing this to our attention, Josh. Snap Map relies on third party mapping data which has unfortunately been subject to vandalism. We are working with our partner Mapbox to get this fixed immediately.