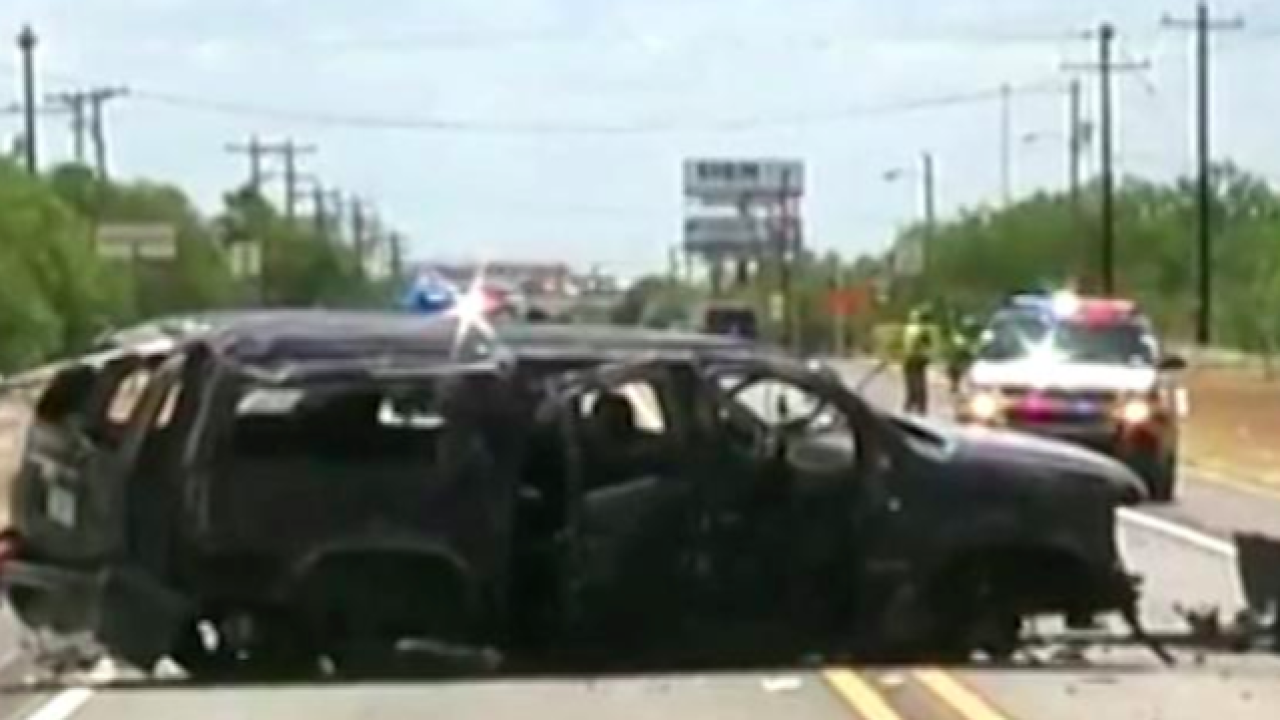 TEXAS — Five people have been charged in a "smuggling scheme" after a crash of a vehicle fleeing Border Patrol in Texas.

The Associated Press reports federal prosecutors announced the charges today. The crash happened Sunday in South Texas after the driver of an SUV that was carrying 14 people lost control and overturned on a highway.

Nearly all occupants were ejected. The SUV had been going more than 100 miles per hour, according to AP.

Two other vehicles were seen traveling alongside the SUV earlier Sunday, Border Patrol said, and an agent suspected the vehicles were conducting a “smuggling event," the AP reports.