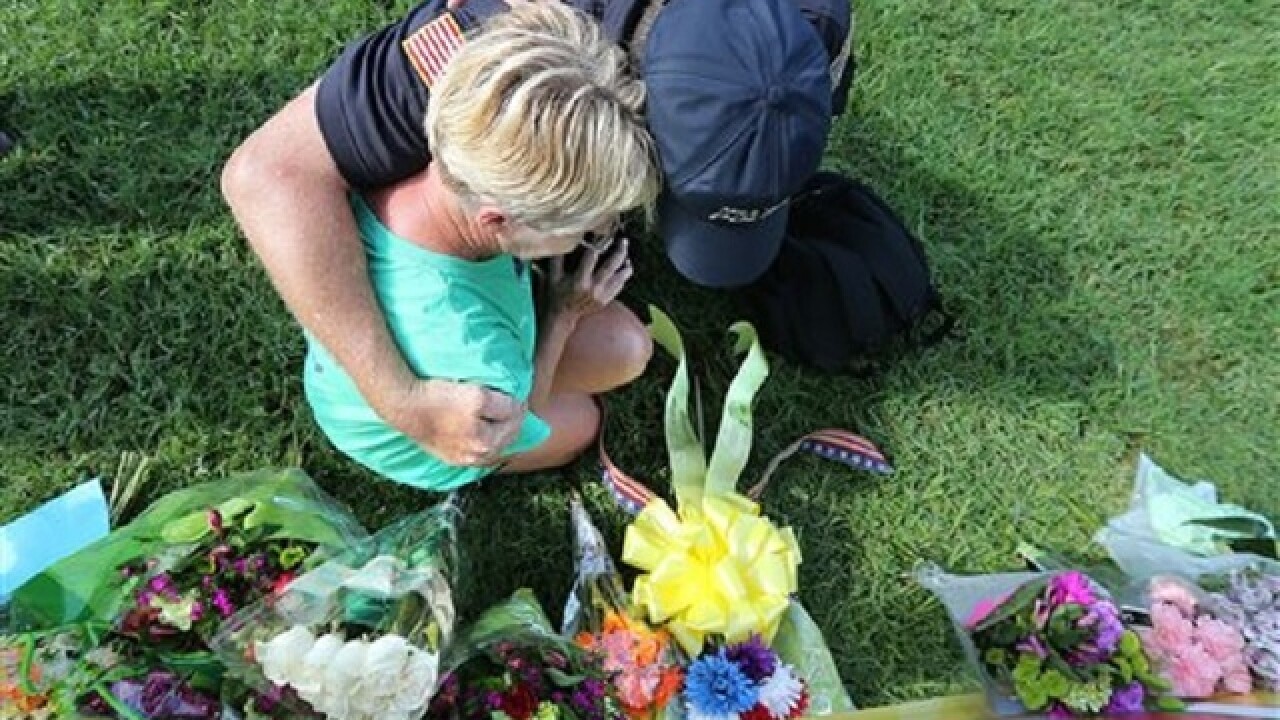 Curtis Compton
<p>Millville, N.J., Police Chaplain Bob Ossler prays and weeps with a local resident as she places flowers on a memorial at the B-Quik gas station on Monday, July 18, 2016, in Baton Rouge, La. A former Marine set out to ambush police in Baton Rouge, authorities said Monday, a day after law enforcement officers were killed in the attack. (Curtis Compton/Atlanta Journal-Constitution via AP)</p>