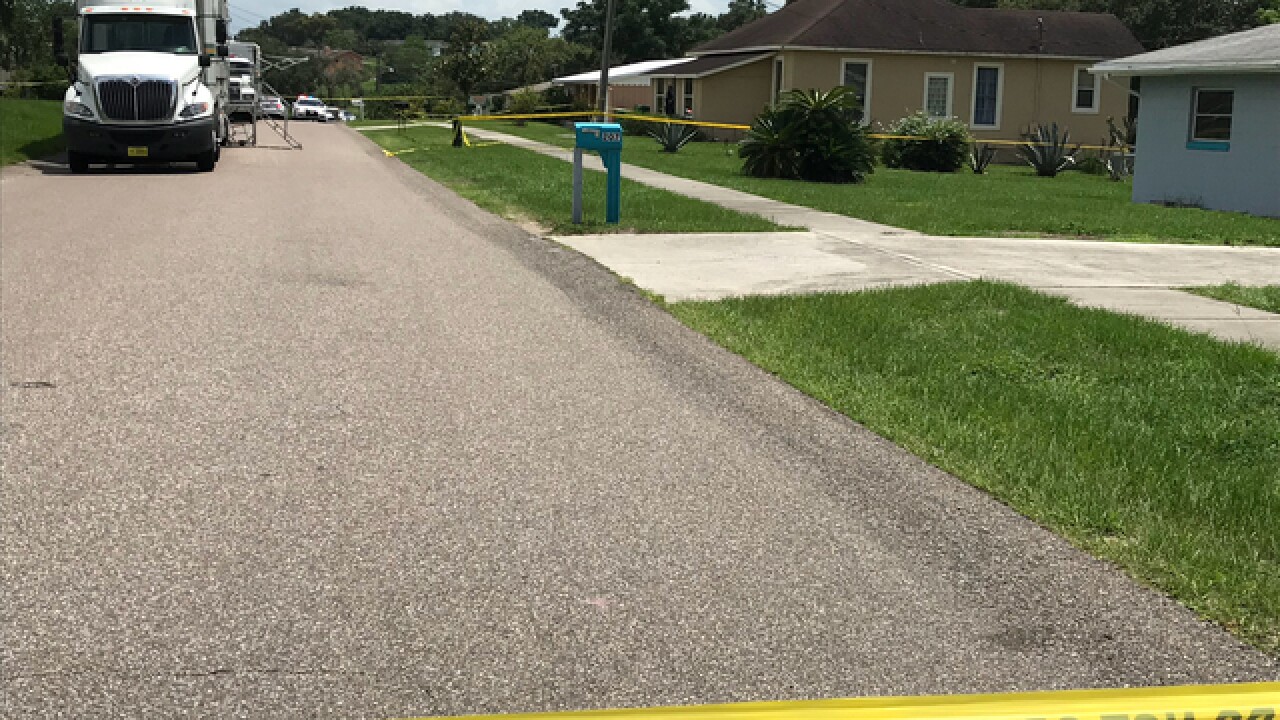 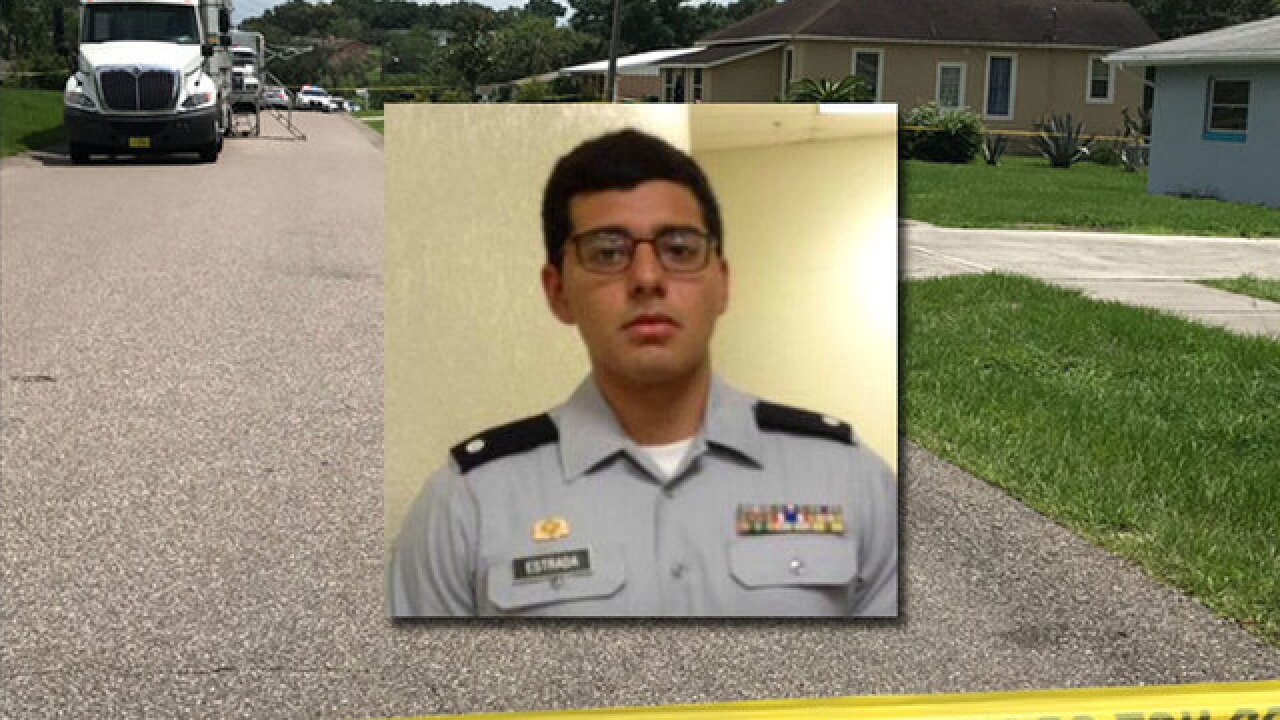 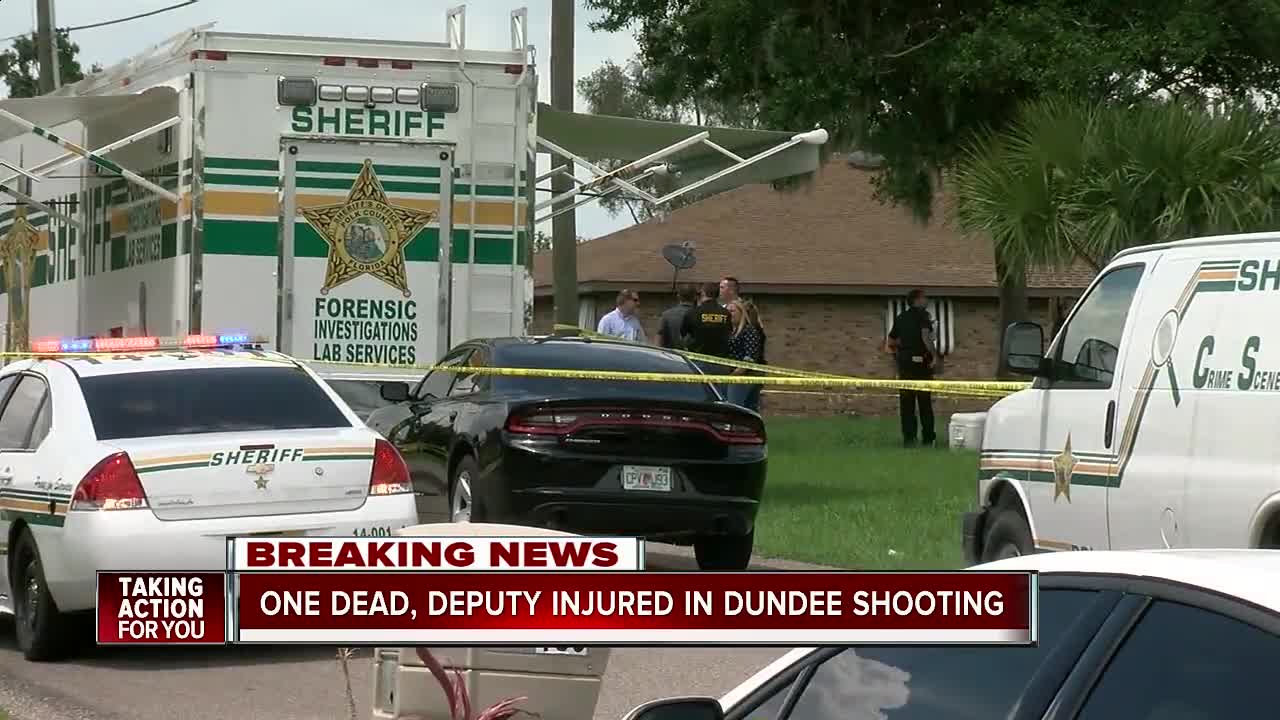 DUNDEE, Fla. — A suspect is dead after what law enforcement officials call a violent, vicious attack against a detective.

Judd says that two PSCO Computer Crimes detectives responded to a home on 8th Street North in Dundee around 10:00 a.m. Friday after receiving a tip that someone at the home was in possession of child pornography.

When the detectives arrived they knew that the child pornography was possibly being downloaded by someone with an email address indicating the name Andres Estrada, according to the Sheriff's office.

The suspect lived in the home with his parents and younger brother. The younger brother answered the door and detectives asked if Andres Estrada was home.

Estrada was retrieved by his brother and spoke to detectives outside before inviting them in.

As they questioned Estrada and his brother about possible child pornography images Estrada was cooperative, according to officials. He showed the detectives his laptop and phone.

The male detective left the room to call his supervisor after asking his partner to read Estrada his rights.

This is when Judd says the exchange turned violent. He says Estrada lunged out of a chair at the female detective. He then allegedly began to beat her, repeatedly punching her in the head.

During the attack, Estrada yelled, "You're not going to do this to me!" According to his younger brother.

The brother attempted to pull Estrada off the detective as he attacked her. She was screaming for help.

The detective was 100 pounds lighter than the suspect and eight inches shorter, according to police.

“It was a violent, vicious fight,” Polk County Sheriff Grady Judd said during a press conference.

The male detective went back into the room after hearing the cries for help. Estrada was on top of the female detective trying to get her gun from the holster on her waist. He yelled at Estrada to get off of her but his commands were ignored, according to police.

That's when the male detective fired his weapon three times, hitting and killing the suspect. He then pulled his partner from underneath Estrada and into another room.

The female detective was checked out and released from an area hospital with non-life-threatening injuries.

There are now five independent investigations going on, according to officials. Including a child pornography investigation, a death investigation, an autopsy, an internal agency review of the shooting and a review by the State Attorney's Office.