She faked a rejection letter from her ex-boyfriend's dream school. Now she has to pay him $265,000 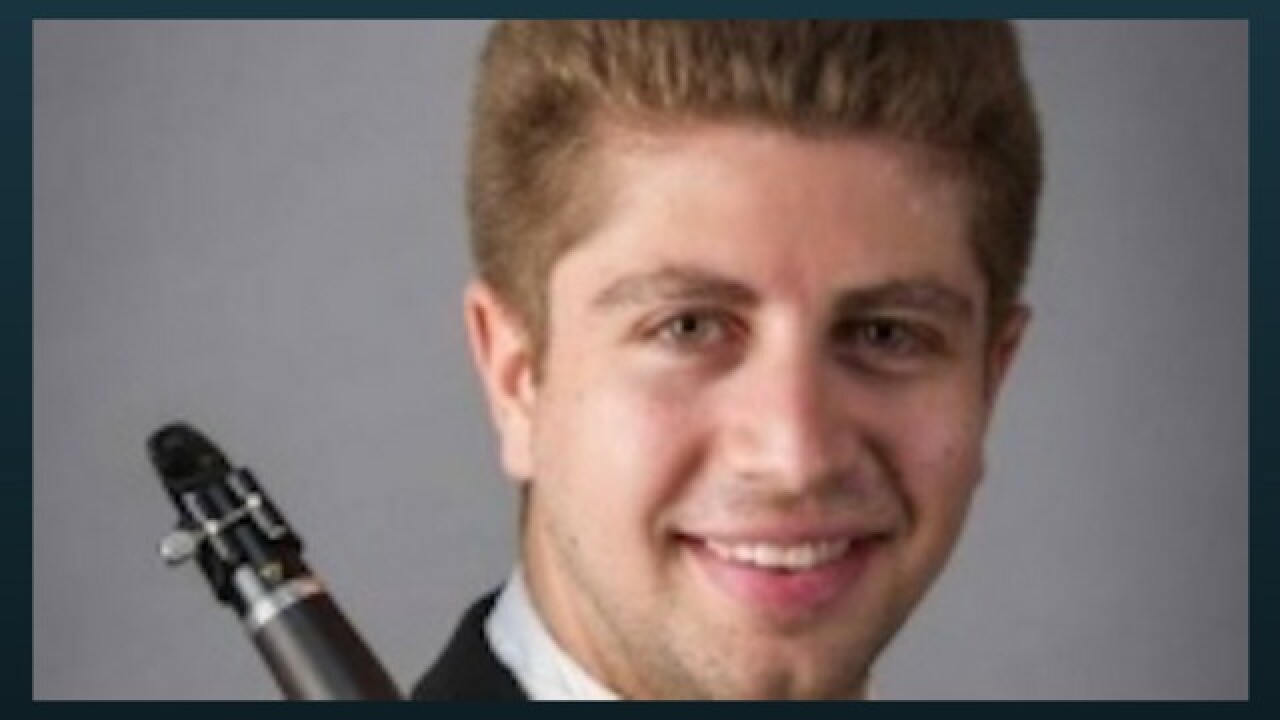 Eric Abramovitz's hard work had paid off: The accomplished clarinet player had been accepted to his dream school. But he never got to hear the good news.

That's because when his acceptance email arrived in 2014, Abramovitz's then-girlfriend, Jennifer Lee, deleted it and sent him a fake rejection email from the school. It was a $265,000 mistake.

"It was really devastating to feel that incredible betrayal," Abramovitz told CNN. "It made me think of our whole relationship and it made me feel like everything might have been a lie."

A college sophomore studying music at McGill University at the time, Abramovitz had applied to a two-year, full-scholarship program to finish his bachelor's degree at Colburn Conservatory of Music in Los Angeles. Itching to study with a renowned clarinet teacher, Abramovitz spent many late nights in practice rooms to prepare for his audition, which he thought went well.

The full scholarship -- which includes tuition, room and board -- is worth about $50,000 a year and Abramovitz said graduating from Colburn would have set him up for a high-paying symphony career. When he was rejected, Abramovitz said he was crushed.

"It was a disappointing feeling," Abramovitz said. "I had such high hopes."

Abramovitz would have studied under Yehuda Gilad, who is considered one of the best clarinet instructors in the world, he said. Gilad accepts only two new students each year at Colburn, and Abramovitz was one of them.

How she covered her tracks

This Wednesday, a Canadian court ruled that Abramovitz's ex-girlfriend owed him more than $265,000 (350,000 Canadian dollars) for damages including loss of reputation, educational opportunity and two years of potential income. Roughly US$37,000 of that final amount was added on by the judge for Lee's "despicable interference" in Abramovitz's career.

To convince Abramovitz that Colburn had rejected him, his girlfriend posed as Abramovitz and replied to the school's acceptance email, writing that he would not accept the scholarship because he planned to "be elsewhere." Then she deleted the acceptance email from Abramovitz's inbox.

Lee went one step further, creating a fake email address for Yehuda Gilad: giladyehuda09@gmail.com, and sending Abramovitz a rejection email that offered him a spot at the University of Southern California with a $5,000 scholarship instead. Tuition at USC is more than $50,000, a price Abramovitz said his girlfriend would have known he could not afford.

"It still puzzles me why she even added that," Abramovitz said. "She knew it wouldn't be realistic, so I had to turn that down even though it wasn't real."

Defeated, Abramovitz completed his studies at McGill. He and Lee broke up a few months later for unrelated reasons, he said.

The moment it all came together

Fast forward two years to 2016, when Abramovitz auditioned for a graduate program at USC, where Gilad also teaches. Abramovitz still had no idea his rejection from Colburn was fake. Each man thought they had been rejected by the other.

Abramovitz described a confusing scene at his USC audition in which Gilad asked why he was there, because he had rejected Colburn, and in turn, his instruction.

"With all due respect, I believe you rejected me," Abramovitz said he told Gilad.

He said Gilad repeated that it had been the other way around. Abramovitz figured Gilad was confusing him with another student.

It wasn't until Abramovitz's classmates asked why he had rejected the Colburn offer that he began to think something was fishy. He went back through his emails and forwarded the rejection he had received in 2014 to Gilad, who said he had never written it.

"I knew I'd been had, but I was still far from knowing by who," Abramovitz said.

His friends became involved in the case and suggested his ex-girlfriend might have played a role.

"It was scary to even confront that thought given how much I trusted her, but over time it started to sink in and I became more and more suspicious that maybe she had done it, as unpleasant as it was to imagine," Abramovitz said.

Abramovitz tested some of his ex's old passwords to sign into the account that sent the rejection email two years earlier, and that's when the pieces started coming together. The account's recovery information was his girlfriend's email and phone number.

"It was a simultaneous stab to the back and the heart," Abramovitz said. "It really was the last person I would have wanted to find out it was."

When served with the initial lawsuit, Lee did not respond to Abramovitz's lawyers, so she lost by default. Under Canadian law, a defendant in default "is deemed to admit the truth of all allegations of fact" made in the plaintiff's claim.

CNN made attempts to locate Lee, but she could not be reached for comment.

The process was long, Abramovitz said, but he hasn't let the experience affect the way he trusts people.

Today, Abramovitz has a new girlfriend.

"We are coming up on two years soon and it is a really healthy relationship with trust and honesty," Abramovitz said. "I'd like to think my judgment of character has improved a little bit."

Abramovitz has also found success in his professional life. He won a position with the Nashville Symphony Orchestra and was recently appointed the associate principal clarinetist of the Toronto Symphony Orchestra.

Abramovitz says he doesn't "harbor any ill feelings" towards his former girlfriend and hopes she can learn from the experience and live a more honest life.

"Despite what happened I think I landed on my feet and the trajectory I'm on is still what I wanted for myself," he said.