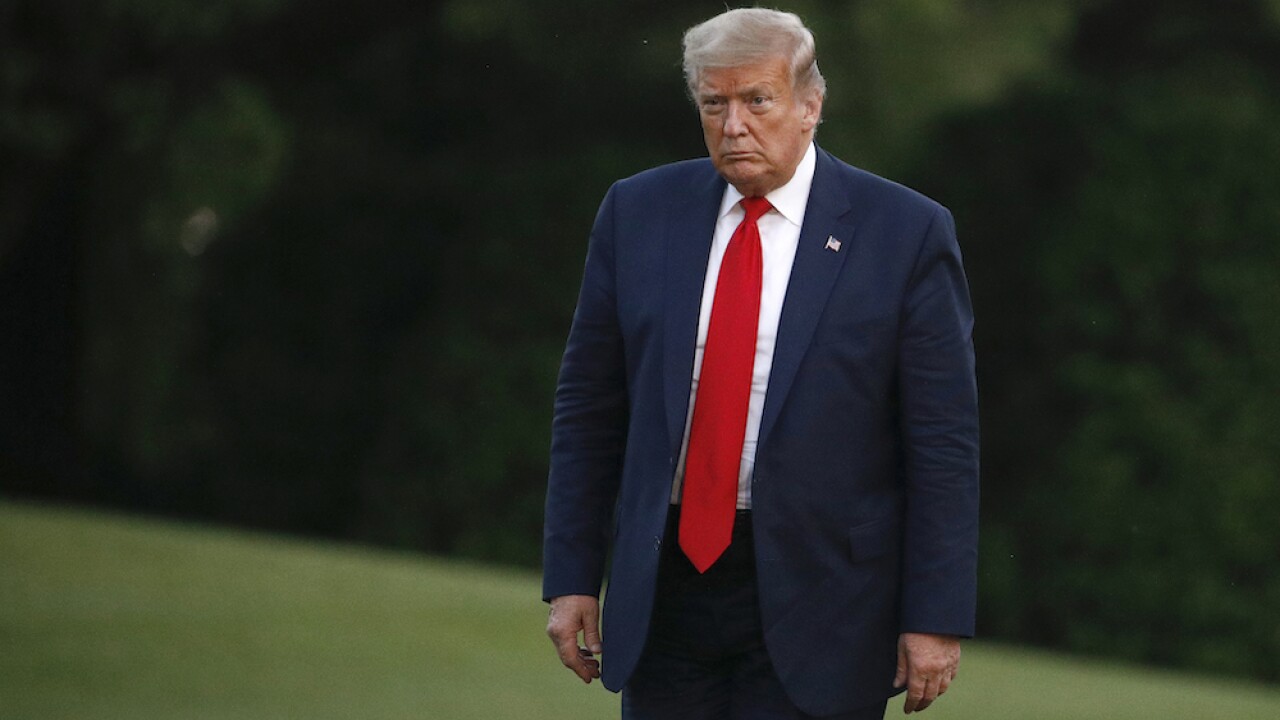 Secret Service agents rushed him there as some of the demonstrators were throwing rocks and tugging at police barricades.

Trump spent nearly an hour in the underground shelter, which was designed for use in emergencies like terrorist attacks. That's according to a Republican close to the White House who was not authorized to publicly discuss private matters and requested anonymity.

The account was confirmed by an administration official who also spoke on condition of anonymity.

Evening hours saw the protests evolve into small riots over the weekend. Secret Service and DC Police routinely dispersed protesters with tear gas between Friday and Sunday. Fires were set nearby and businesses had their storefronts vandalized.

Outside of a trip to Florida to view the SpaceX/NASA launch, during which he addressed the nationwide protests, Trump has largely stayed out of the public view. He has sent a number of tweets calling for "law and order," and at one point promised the U.S. would designate "Antifa" as a terrorist organization — something experts say will be difficult to do because of U.S. laws and regulations and due to Antifa's lack of organization.

Peaceful anti-police brutality protests calling for justice for George Floyd took place in dozens of cities across the country over the weekend, many of which developed into riots.