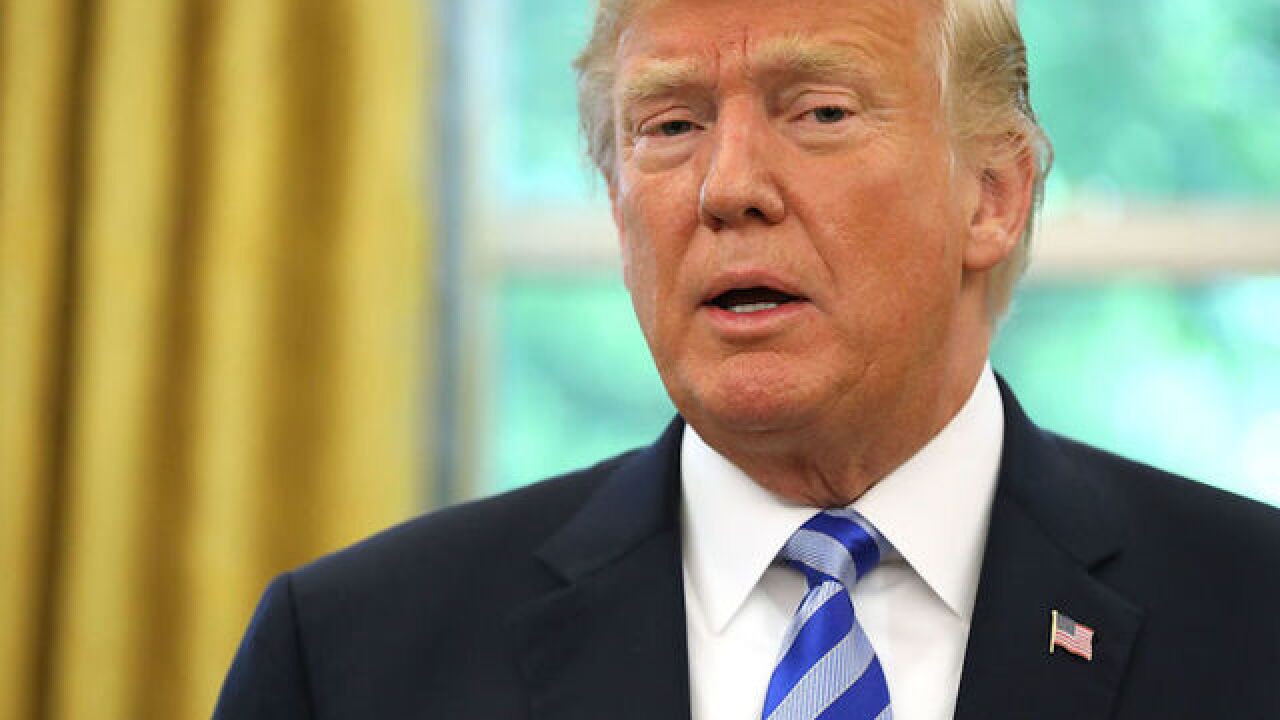 That employee ultimately did not receive immunity after prosecutors in the US Attorney's Office for the Southern District of New York decided against granting such protection. The person was not called to testify before the grand jury, the people familiar with the matter said.

The employee's identity couldn't be determined by CNN. Spokespeople for the US Attorney's office and Trump Organization declined to comment.

News of the second employee's talks with prosecutors comes after Trump Organization chief financial officer Allen Weisselberg was granted immunity for providing information about Cohen. Weisselberg's interview with prosecutors focused on Cohen and the payments Cohen made to silence women during the election cycle who claimed affairs with Trump.

Prosecutors also granted immunity to David Pecker, a longtime Trump ally and the CEO of tabloid publisher American Media Inc. Pecker told prosecutors that Trump had knowledge of Cohen's payments to women who had alleged sexual encounters with the then-presidential candidate, CNN reported.

Pecker, who was described in court filings as having struck a deal with Cohen to stymie potentially damaging stories and in one case pay $150,000 to one woman effectively to buy her silence, also provided investigators with details about payments Cohen made to the women.

The executives then "'grossed up' for tax purposes" Cohen's requested reimbursement to $360,000, then added a $60,000 bonus, according to court filings, bringing Cohen's total to $420,000. "[E]xecutives of the Company also determined that the $420,000 would be paid to Cohen in monthly amounts of $35,000 over the course of twelve months, and that Cohen should send invoices for these payments."

When Cohen submitted an invoice for January and February 2017, for $35,000 for each of those months to "Executive-1," that person sent the invoice to "Executive-2," who approved it, according to court filings, and Cohen continued to send such invoices throughout that year.

In reality, they were not invoices for legitimate work, but rather to seek "reimbursement for election-related expenses" in the form of Cohen's payments to silence women to protect Trump, prosecutors said.

Last week, after Cohen pleaded guilty to eight criminal counts and implicated Trump by admitting in court that "in coordination and at the direction of a candidate for federal office" he kept information that would have harmed Trump from becoming public during the 2016 election, the President publicly lamented the practice of what he called "flipping."

"It's called flipping and it almost ought to be illegal," Trump told Fox News about suspects cooperating with prosecutors in exchange for a reduced sentence. "I know all about flipping -- 30, 40 years I have been watching flippers. Everything is wonderful and then they get 10 years in jail and they flip on whoever the next highest one is or as high as you can go."

Cohen's plea deal did not include a cooperation agreement.