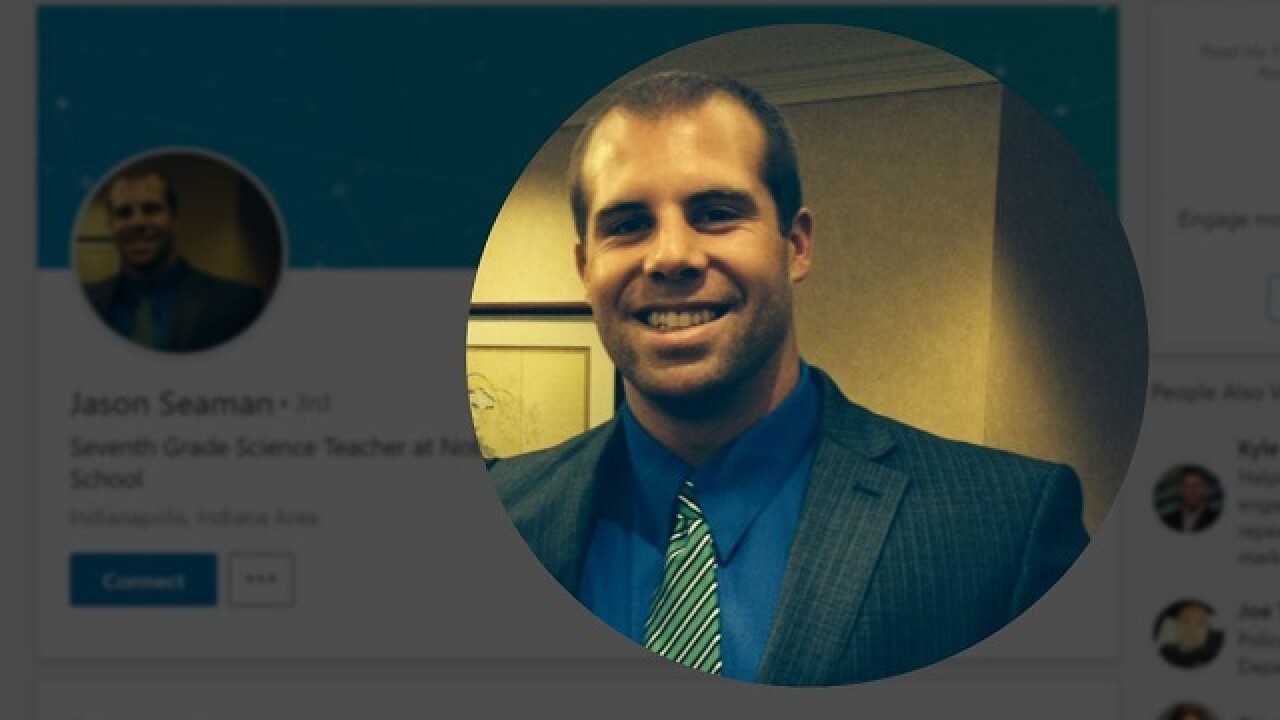 "Thanks to very brave Teacher & Hero Jason Seaman of Noblesville, Indiana, for his heroic act in saving so many precious young lives. His quick and automatic action is being talked about all over the world!" Trump tweeted.

Seaman is a science teacher at the school, and multiple students on the scene say Seaman was the teacher who helped stop the shooter.

His mother, Kristi, says her son was shot in the abdomen, the hip and the forearm, according to her Facebook page. She says Jason is out of surgery and is "doing well."

According to his LinkedIn page, Seaman has been a science teacher at Noblesville schools since July 2014. He is also the head football coach for the seventh-grade team.

A student who was in the classroom at the time of the incident credited the teacher with stopping the shooting from being worse than it was.

Southern Illinois University football also tweeted about Seaman. He was a defensive end for the Saluki's from 2007-10.

#Salukis head coach @17NickHill played one season with Jason Seaman, the hero of school shooting in Indiana. “He was a great teammate, one of the team's hardest workers. You could always trust him to do the right thing.” pic.twitter.com/ge1sTSOGTJ

A juvenile was also believed to have been shot. A second student was being treated for an ankle fracture, according to Riverview Health.

As of 11:30 a.m., police said they had the suspected shooter, a student at the school, in custody. The suspect has not been identified by police.